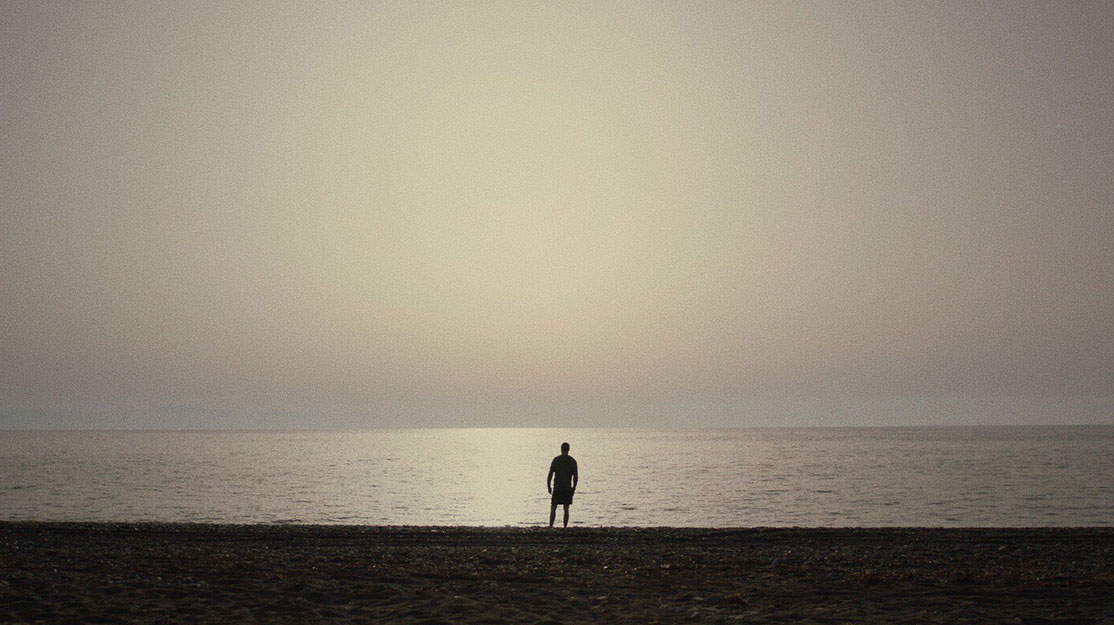 Following appearances on screen this year in Sanditon and A Confession, Kate Ashfield tells DQ about continuing her burgeoning writing career by penning Finnish psychological drama Huone 301 (Man in Room 301).

Two years after her first writing project debuted, Kate Ashfield has found time between acting roles to pick up her pen once again. But while Channel 4’s Born to Kill, co-written with Tracey Malone, was the study of an apparently model teenager with hidden psychopathic tendencies, her latest project is entirely a family affair.

Produced for Finnish SVoD platform Elisa Viihde, psychological drama Huone 301 (Man in Room 301) tells the story of the Kurtti family, whose lives change irrevocably one fateful night. Years later, the secrets of that night start to unravel on a family vacation in Greece, pushing their family ties to the limit.

Ashfield, best known for her role opposite Simon Pegg in comedy-horror film Shaun of the Dead, was recently seen on screen in ITV period drama Sanditon and the same broadcaster’s true crime drama A Confession. But although she considers acting and writing on a level par, she says she is enjoying the creative freedom that comes with writing.

She began work on Man in Room 301 shortly after Born to Kill aired in 2017, when UK producer Wall to Wall Media approached her with a one-page outline for a drama about a British family that goes on holiday to Spain, only to suspect a man staying in the same apartment building is the grown-up killer of their three-year-old nephew.

After meeting with Elisa, Ashfield wrote a treatment for the show, turning it into a six-part series about a Finnish family that travels to Greece, with the action set across two timelines. The platform gave the green light after reading the first script, with the series now set to launch on December 19.

“The starting point was if someone was 12 when they did it [the crime] and were now 24, would you recognise them? Would it even be them?” the writer tells DQ, acknowledging the show’s similarities to the Jamie Bulger case in the UK, in which two 10-year-old boys were convicted of abducting and killing two-year-old Jamie in 1993. “But it’s very different in Finland because they don’t criminalise children like we do.” (The age of criminal responsibility in England and Wales is 10 and in Scotland it’s 12, having been raised from eight this year.)

“When the story was reset in Finland, it became more attractive to me as an idea because we’re such a small country and we have such black and white views, whereas in another country it’s not that clear cut. The criminal age in Finland is 15, so if something like that did happen, they would just stay at home. They’d probably get counselling, they might move school but they might not. It would just be treated in a whole different way, so that makes it a slightly greyer subject matter, which is always interesting.”

The story introduces a multi-generational family who go on holiday to Greece, only for the grandfather to suspect the man staying in room 301 is the killer. The two timelines, set 12 years apart, then slowly reveal how the events in the past and the present day collide.

For Ashfield, writing Man in Room 301 offered her the chance to delve into another culture and write about universal themes involving a family and its secrets. But the slow, brooding thriller, which is directed by Mikko Kuparinen, posed several challenges for her, not least the cultural differences between Finland and the UK.

“They tend to not want anything to be too dark,” she explains. “The death of a child is terrible and they don’t want to focus on that in the way some UK television series might do. We’re also a lot more emotional and physical with each other than they are. They don’t say a lot; it all has to be pared down. Watching Nordic series, it’s less expressive. If you wrote a scene where they greet and hug each other, it just isn’t Finnish. They’d say, ‘We’d never do that.’ So it’s mainly in the way they relate to each other that’s different.”

Ashfield would regularly travel to Helsinki for meetings with Elisa, Wall to Wall and production partner Warner Bros International Television Production Finland. Scripts were initially written in English before the shooting versions were translated into Finnish.

“Because it’s about relationships, all those things are universal, so that was easy to negotiate in a different language,” the writer says. “It was just learning about the landscape and the culture, which was different. Because we were doing it with Warner Bros Finland, they were in script meetings and talked to anything they felt would be more appropriate or ring more true to people in Finland. I had one character house-sitting for somebody and they said, ‘We just don’t have any reference of that.’ It’s just the smallest things, you could never know what [the notes] were going to be when you sent the scripts across. That made it an interesting experience.”

In between script meetings, Ashfield would explore Helsinki and the surrounding area to build a picture of the landscape, the types of properties and the lifestyles of the people who live there to better inform her writing. One example is when she wrote that a character would break into the post box of another character in an apartment building lobby, only to discover mail is delivered to each individual apartment and lobby-set post boxes don’t exist.

“It’s really strange little things like that that you keep coming up against. You just wouldn’t guess it. You can’t break a door down in Finland; because of the weather, they’re much stronger. Also, the Finns, because they have such a strong welfare system and have universal basic income, they don’t have homelessness and they’re just inherently better people in terms of not breaking the law. If their child was drink driving and hit another car, they would take them to the police station to confess. Here we might say, ‘Well no one got hurt and we won’t tell anyone.’ But they wouldn’t do that because it’s just wrong. All that stuff is quite interesting and you end up looking at your own culture in a different way.”

Unlike on Born to Kill, Ashfield wrote all six scripts herself, comparing the process to completing a “massive jigsaw” as she contemplated how the story would play out across the different timelines and use the juxtaposition between the scenic Finnish countryside and the sun-drenched Greek landscape, where Athens-based Inkas Film and TV Productions provided coproduction support. Warner Bros holds international remake rights while APC Studios is distributing the original series.

“You also have to put story hooks in,” she continues. “This has no ad breaks [in each episode] so it’s not like Born to Kill where you have to have a hook every act out. That in itself becomes slightly different storytelling. It’s very much character-led, especially as Finns are more contained emotionally so you need to really get into their minds. It becomes more psychological in that sense.”

An actor now embarking on a writing career, Ashfield says she wants every part to be good, from the grandma to the young girl, with scenes viewers won’t expect and the ability to shock and challenge the audience. The series stars Antti Virmavirta (The Other Side of Hope) and Kaija Pakarinen (Devil’s Bride) as the parents, Jussi Vatanen (The Unknown Soldier) and Andrei Alén (Rig 45) as the grown-up children and Leena Pöysti (Laugh or Die) and Kreeta Salminen (All The Sins) as their wives.

“It’s also about the dialogue,” she notes. “I’ve been acting for years and you just want everything you get your characters to do and say to be authentic and not expositional or contradictory emotionally. I get a real feeling of the characters, and that’s the joy. That happens when I write with other people as well. I know those people, I know what they’re like. That’s part of it for me.”

With Man in Room 301, she hopes to entertain viewers with a story that takes them out of their own lives, while also prompting them to imagine what they might do in a similar situation to the characters on screen.

“Hopefully you relate to all of the characters and think, in that circumstance, ‘I could have done that,’” she adds. “Who knows how one will react. I wanted to make them all as likeable as possible in that scenario.”