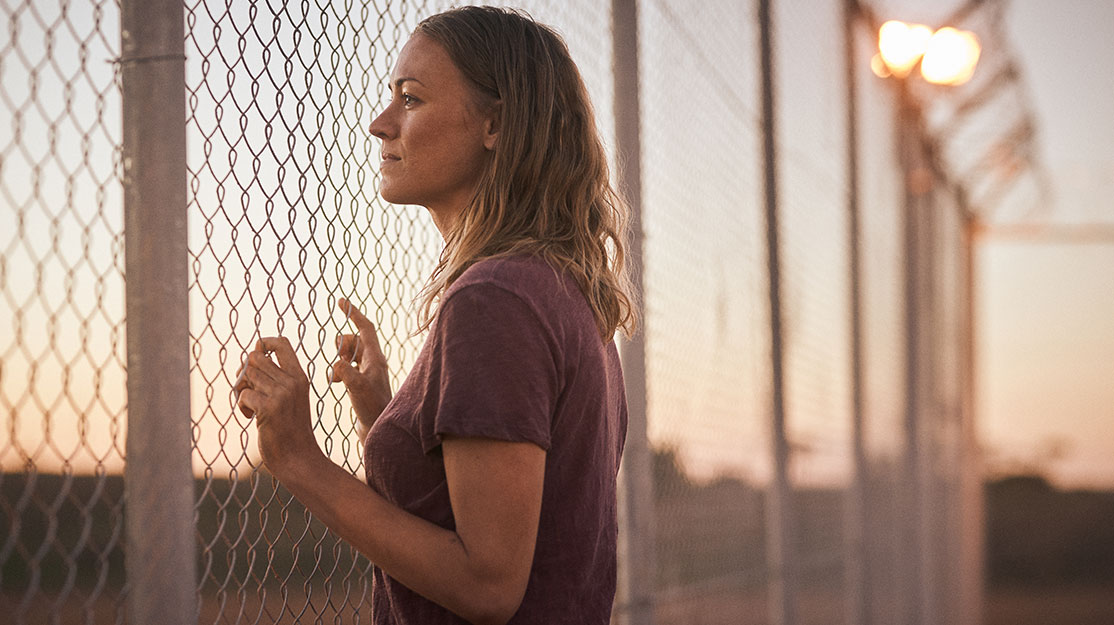 Hollywood star Cate Blanchett discusses the six-year journey to bring Australian drama Stateless to the screen and explains why more broadcasters need to open up to this type of ‘elephant in the room’ storytelling.

In a screen career spanning 30 years, two-time Oscar winner Cate Blanchett has so far avoided the scrum of film stars, writers and directors moving from film to the small screen in the age of streaming platforms. That’s about to change.

In April, she will be seen starring in 1970s-set Miss America on US platform Hulu. But before then, she brings a “passion project” to TV in the shape of Stateless, a six-part drama she co-created, executive produces and also co-stars in alongside Yvonne Strahovski (The Handmaid’s Tale), Jai Courtney (Suicide Squad), Asher Keddie (The Cry), Fayssal Bazzi (The Commons), Marta Dusseldorp (A Place to Call Home) and Dominic West (The Affair).

“About six years ago, it started in my kitchen,” Blanchett says, speaking on stage at Content London at the end of last year. “I was talking to an old school friend of mine, Elise McCredie, about a story I was really just gripped by that I’d heard in 2008 about a German-Australian citizen, Cornelia Rau, an air hostess who, through a series of mishaps, ended up in an on-shore detention centre in Australia.

“She fell through the cracks of the mental health system, the immigration system and the criminal justice system. This story stayed with me. I thought, ‘Is this a film?’ I’m not interested in biopics; I’ve made enough of them. We talked for hours, not just about this particular story but as a jumping-off point to use the story as a metaphor for a system gone mad.”

They then brought screenwriter and director Tony Ayres (Nowhere Boys, Glitch), who was then at Matchbox Pictures and now runs Tony Ayres Productions, into the conversation and started developing the idea as a series. “Now here we are six years later. It’s definitely a passion project – it hasn’t been easy,” the Australian actor continues. “At its heart, it deals with a refugee story, but it’s about four quite different people. And when we hit on that format of having four very different lives, we thought it was a really combustible idea.”

The four main characters, whose lives intersect at a detention centre in the Australian desert, are an air hostess with mental health problems who escapes from a cult, an Afghan refugee saving his family, an Australian father escaping a dead-end job, and a bureaucrat trying to contain a national scandal. Each is struggling to deal with an immigration system that is struggling itself.

Co-created by Blanchett, McCredie and Ayres, Stateless is written by showrunner McCredie and Belinda Chayko and directed by Emma Freeman and Jocelyn Moorhouse. The series is produced by Matchbox Pictures and Dirty Films for Australia’s ABC, and distributed by NBCUniversal International Distribution.

In TV terms, six years developing a single project is entirely realistic, but Blanchett says it took particular perseverance to see this story into production.

“As soon as you mentioned the word refugee, doors closed – quite literally for refugees, but also the doors of various television executives. They would say, ‘Hmm, interesting, brave,’ and then that’s about as far as the conversation goes,” Blanchett reveals.

“But we kept returning to it because every six months we’d go deeper into the story and find that there were more resonances. Where the power of the story really lies is, with each passing month and passing year, it became increasingly relevant. What Tony kept talking about was that, as much as it deals with fractured lives, it also, more importantly and more profoundly, talks about a system that’s gone mad.

“I look around the world and, no matter what country I’m in, what country I’m reading about, I’m thinking, ‘This system is not working.’ Anyone who comes into contact with a system, whether it be a political system, immigration system, mental health system or criminal justice system, it is quite mad. And when you get close to madness, whether it’s personally or systematically, it removes us from our best selves.

“That’s a place that we have deeply found ourselves, certainly in the West, but I think globally, and that is kind of the umbrella this human story sits under. In a way, it couldn’t be a better time for this story to be to be told.”

Alastair McKinnon, MD of NBCU-owned Matchbox, came to the project in an unusual way in that he was working at ABC’s drama department when Cate and Tony first pitched Stateless to the broadcaster.

“If Cate Blanchett comes in to pitch something to your network, you have to fight every urge to just scream ‘Yes!’ But it was more of a conversation. It was a four-parter then, and we were talking about some of the challenges of financing four parts and how it had a different structure in terms of the characters’ perspectives and the way the story was told,” McKinnon recalls. “We kept talking and we talked about it being six [episodes]. We were totally on board at that point.”

The conversation then turned to financing a project with a challenging subject matter that couldn’t be pitched with just one line. Screen Australia and the South Australian Film Corporation contributed to the budget, with NBCU picking up international rights to the series. McKinnon then moved to Matchbox. “I’ve been able to be on that journey from the beginning on the broadcaster side all the way through to the company side, so it’s been a real treat,” he enthuses.

Jeff Wachtel, president of NBCUniversal International Studios, agrees with Blanchett that a project deemed to be ‘worthy’ is an “anathema” to some networks. So with ABC already backing the series, he was keen to add his support.

“It was the fact that someone in Australia had already said yes, it was Cate in her advocacy, and then a lot for me, personally, is the script,” he explains. “I’m in awe of great writers. That ability to capture concept and language and emotion together is just spectacular. The execution and the writing was so wonderful, and then we brought in wonderful directors.”

In developing the series, McCredie carried out “meticulous” research, while Blanchett’s own work with United Nations refugee agency UNHCR meant she had had personal experience of meeting resettled refugees and asylum seekers.

“The whole story really came to life when we alighted on an article about a trauma specialist who had gone to Papa New Guinea, where the offshore processing of asylum seekers and refugees continues to take place,” she says. “He went in to deal with the PTSD – not of the detainees, but of the guards. We thought it was fascinating and horrifying that he had never seen such profound, sustained, systemic PTSD in any group of people – and he had [witnessed the impact of] so many different incursions globally.”

This idea led to Courtney’s character, Cam, winning a job as a guard at the detention centre that also becomes home to Strahovski’s Sofie, who lands there after escaping a cult led by a married couple (Blanchett and West). Bazzi plays refugee Ameer, while Keddie’s bureaucrat Clare is trying to break a glass ceiling and comes in to manage the media attention attracted by the centre.

“Ameer was a teacher in Afghanistan, but realises it’s not the safest place for him and his family so they have to flee,” Bazzi says of his character. “When we first meet Ameer in episode one, he and his family are on an island country trying to get to Australia by boat, and drama ensues. So you follow his journey trying to make it to Australia and then what happens in detention and how that unfolds.”

The actor had to learn to speak Dari, a form of Persian spoken in Afghanistan, for lines exchanged between Ameer, his wife and their two children. “Luckily for me, the beautiful girl playing my oldest daughter, her father is a Dari teacher and translator,” he reveals. “Because she was only 15 when we started, when we were filming he came everywhere with us, so I had my teacher with me at all times.”

Blanchett describes the casting process as a “call to arms” for actors who wanted to be part of something she refers to as “elephant in the room” programming – that which tackles a subject people might not want to talk about.

“This wasn’t a big-paying job, but Dominic [West], for instance, we spoke and he was totally there,” she says. “It’s a sense of, ‘Finally we can we can talk about this,’ because I do think the world is having a massive, massive problem with nuance and with grey areas, but that is the place the drama actually exists.

“When you do ‘elephant in the room’ programming, it does create conversation, and that’s what drama really should do. I love zombies; I love vampires. The Walking Dead’s one of my all-time favourite series. My husband [writer and director Andrew Carlton] philosophises about the power and the metaphor of The Walking Dead. A really good series [gets] people talking and asking questions and, in the end, that’s what I think what Stateless does.”

While it might have seemed logical for Blanchett to star as Sofie, the actor says she’s happy to “die on page nine” in a great role as part of an interesting project.

“That’s never been my process and probably an easy route for this would have been for me to play the Sofie character, but it didn’t seem right – particularly when Yvonne came into the mix,” she continues. “She was just absolutely right for the role. I wasn’t hiding, weeping in the toilet saying, ‘Why?’

“But, equally, I was very happy to put my money where my mouth was and be in it if it helped shepherd it in. So playing Pat, who’s the surrogate mother in this in the same way that Dominic’s character is the surrogate father for Sofie, was great. It was really pleasurable. When my husband and I were running the Sydney Theatre Company, it was a great joy for me to produce the work of others because the world knows how much talent there is in Australia.”

Filming took place in Port Augusta, north of Adelaide in South Australia, where there was once a real detention centre. The crew weren’t allowed to use the now disused centre, however, so had to built one from scratch, with VFX providing extensions beyond what was physically built.

“Adelaide is where a lot of refugees had been resettled. The majority of the extras we got had, at one point, been in a detention centre or refugee centre around the world,” Bazzi says.

“On my first day on set, I was greeted by all the Afghan elders who did a ceremony for me and welcomed me as their representative for this story. It was such a beautiful experience to meet all these amazing people and see what it meant to them to have representation, and to show that people do care about the hardships they’ve been through. Finally, they can they can share that with the world.”

Sadly, as Blanchett alludes, these hardships are continuing today, which is why dramas such as Stateless are needed to confront the ‘elephant in the room.’ Maybe after Stateless, more broadcasters will be willing to take similar risks to bring these stories to the screen.