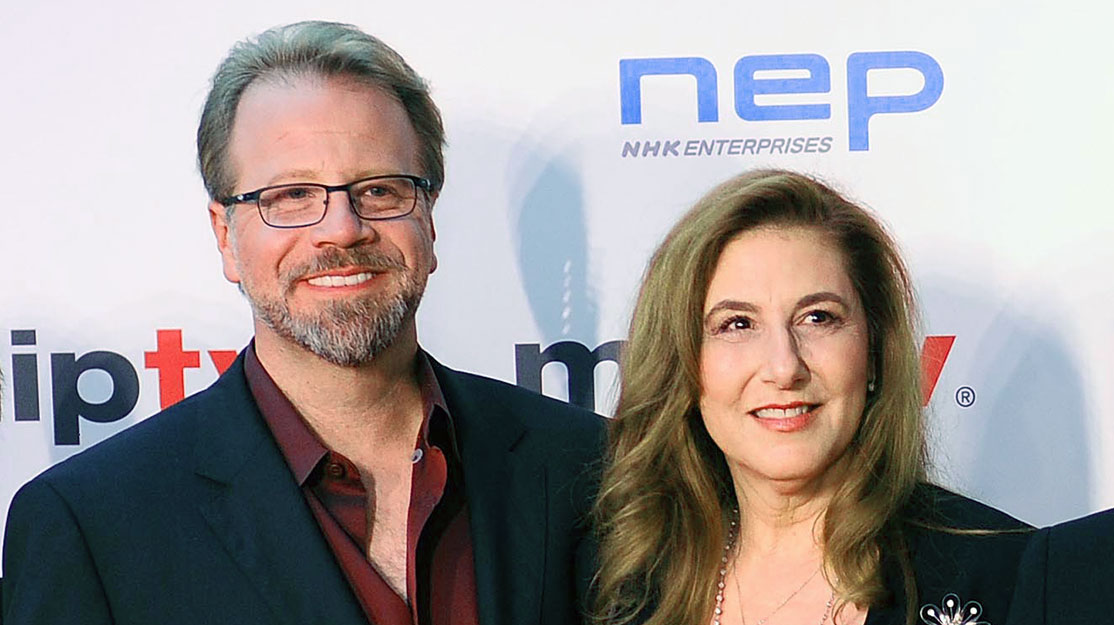 Two of a kind

Castle executives Andrew W Marlowe and Terri Edda Miller tell DQ how they plan to put some fun back into television with new series Take Two, which aims to replicate the light-hearted tone of the recently cancelled procedural.

US television viewers are used to seeing their favourite shows hauled off the schedules at a moment’s notice when a broadcaster wields its axe to halt poor ratings and critical maulings.

Yet for fans of Castle, ABC’s long-running crime procedural, the decision to bring the series to an end after its recent eighth season was still something of a shock.

Despite falling to its lowest ratings (averaging around six million) and suffering the departure of popular leading actress Stana Katic, reports suggested the cast had signed on for a ninth season in 2016/17 – Katic’s co-star Nathan Fillion among them.

The series followed Richard Castle (Fillion), a bestselling mystery novelist, and Kate Beckett (Katic), an NYPD homicide detective, as they worked together to solve unusual crimes in New York City.

But as ABC juggled its plans for the year head, the network decided it would not push ahead with a new season and instead dropped Castle. The series concluded on May 16 this year.

Fans of the show’s comedy-drama tone and its leading double act shouldn’t fret for too long, however, as creator Andrew W Marlowe is busy in development on a new series with the potential to eclipse Castle’s global popularity.

Alongside his Castle writer/producer wife Terri Edda Miller, Marlowe is setting up Take Two, a new procedural that sees a private investigator solving crimes with the help of the former star of a hit cop show.

“With Take Two, we thought that after working on a procedural show, what would we be able to bring to a crime scene and what would the actors bring to a crime scene having done so many?” explains Marlowe (pictured top alongside Miller). “We thought it would be an interesting pairing to have a PI, somebody who’s a former cop who’s serious about the job, and somebody who’s been living in this imaginary world but thinks they know everything and also has all these amazing plot lines to draw upon.

“We thought we had some really great elements for an amazing show because we could take a very familiar procedural format but populate it with these new and interesting characters and watch what happens when they’re forced to be together.”

While the premise might seem stranger than fiction, it may not be that far from the truth, according to Miller. “Living in LA and doing what we do, you actually run into that all the time,” she reveals. “What happens after coming off a show – where do you put all that energy after having been a star for eight or 10 years and then having all that go away? You have so much to give but then your energy becomes defused and it can go to a really bad place or, if directed more interestingly, can go to a really good place, which I think is what’s going to happen with our main character.”

Having created a hugely successful show that ran on US network television for eight years. Marlowe says the secret is having great characters – but with the understanding that they will have to be reinvented as the show progresses.

“You have to allow those characters to grow in ways that keep them in conflict and keep them moving towards each other and away from each other,” he says. “If you don’t have those ingredients, the show can peter out very quickly. It will just be a conceptual show. So the time and diligence really has to go into crafting a longer-term arc for all of your characters so that when people get to the end of a season, they can feel a satisfaction and a pay-off but also a desire to see the characters grow in new and interesting ways in the next season.

“Some of it is alchemy, some of it is just luck and some of it is the TV gods smiling down on you with a particular project. But you can stack the deck in your favour through smart casting, finding people who genuinely have chemistry that you can see on camera, and making the show aspirational for the audience.

“But we also know the audience has seen so many procedurals that you have to deliver great stories with great twists and turns. You always have to try to be out in front of your audience, given everything they’ve seen, to try to figure out how you can play fair and be surprising at the same time. Those are all the things you look at and then you cross your fingers.”

Though the pitch for Take Two might echo that of Castle – a cop teams up with an unlikely partner to solve crimes – that’s where the similarity ends, Miller says of the new LA-set series. In particular, while Castle’s homicide detective dealt only with murder, having a PI at the heart of Take Two opens up a wider range of crimes for its characters to investigate.

“You have new characters with a fresh and different point of view, so that changes the territory right away,” she continues. “You can have somebody like our main character Emma, who’s an actress and has been through 300 of these cases in her show – but what about the first time she actually sees a body? Her reaction is going to be really different from what Beckett’s reaction would have been or Castle’s reaction would have been. The audience is going to be living through her eyes and that will make it a completely different experience.”

The show’s creators believe procedurals are growing in importance as an alternative option for viewers in a market dominated by serious, hard-hitting drama. “There’s this desire in the US among the broadcast networks to compete with cable, but there is appetite for all sorts of different shows,” Marlowe observes. “When they compete with cable, they generally have a watered-down version of what you can do in a subscription or cable market. What we’re seeing is the result of that cycle, of that desire to compete. But it’s left the audience with a hole that we hope a show like this can fill.

“Audiences are still hungry to have some fun, to be able to be closed-ended, to not think, ‘Oh, I’ve got to watch all 12 episodes.’ So the ability to have closed-ended fun, to just drop in for the episode, have a really good time and have a fulfilling experience, still holds significant value for viewers. We totally get binge-viewing – we binge stuff ourselves – but sometimes you just want not to have that kind of commitment. Doing that, you can actually grow a fanbase over time.”

Marlowe says he and Miller share a love of classic screwball comedies and Hollywood power couples such as Katharine Hepburn and Spencer Tracey, which have influenced their own screen careers.

“One of the things we love about our creative process is sometimes it mirrors our characters, with sparks flying,” he explains. “We each come at things from a different point of view so we naturally gravitate towards those sorts of stories. Part of it is in our artistic DNA but part of it is also in our relationship DNA.”

The pair are executive producers of Take Two for their MilMar Pictures label, alongside Tandem Productions’ Rola Bauer. StudioCanal will distribute the series.

It was the strength of Castle’s international popularity that persuaded Marlowe and Miller to set the show up with Munich-based Tandem. Looking back at their first meeting, Bauer recalls: “I had followed Castle for many seasons and I loved the lightness of it. We have a little too much serialised, dystopian, negative drama. The biggest challenge was really not talking about story but getting our respective reps to move on making the deal. We did and it got made and it’s really wonderful.”

Miller continues: “We listened to Rola talk about Castle internationally and how it was received. Her thoughts about what the foreign market was like and all the things she was looking for fitted with something Andrew and I had in our back pocket and really wanted to do.”

Unusually – but representing an increasingly common practice in today’s global television market – Take Two was announced without a broadcaster. Tandem and StudioCanal are scouring the globe to see who’s interested in picking up the story, at a time when European broadcasters are crying out for the type of light procedurals US broadcasters no longer appear to be interested in making as they instead pursue high-concept dramas in their battles against the dominant cable and SVoD platforms.

Bauer adds: “We have maybe sidelined the entertainment aspect of television, and that’s a shame because there has been a desire to dig more into our weaknesses and our desire to find a certain type of redemption. I get that, and that’s important. But it’s also important to be entertained. That’s what we’re looking for – to have a good, entertaining show. But there aren’t going to be ‘popcorn crime’ cases. There are going to be some really interesting crimes that are fresh and that will resonate with viewers. Combine that with the entertainment of the double-act lead characters – the banter, the potential love – and it will be fun.”