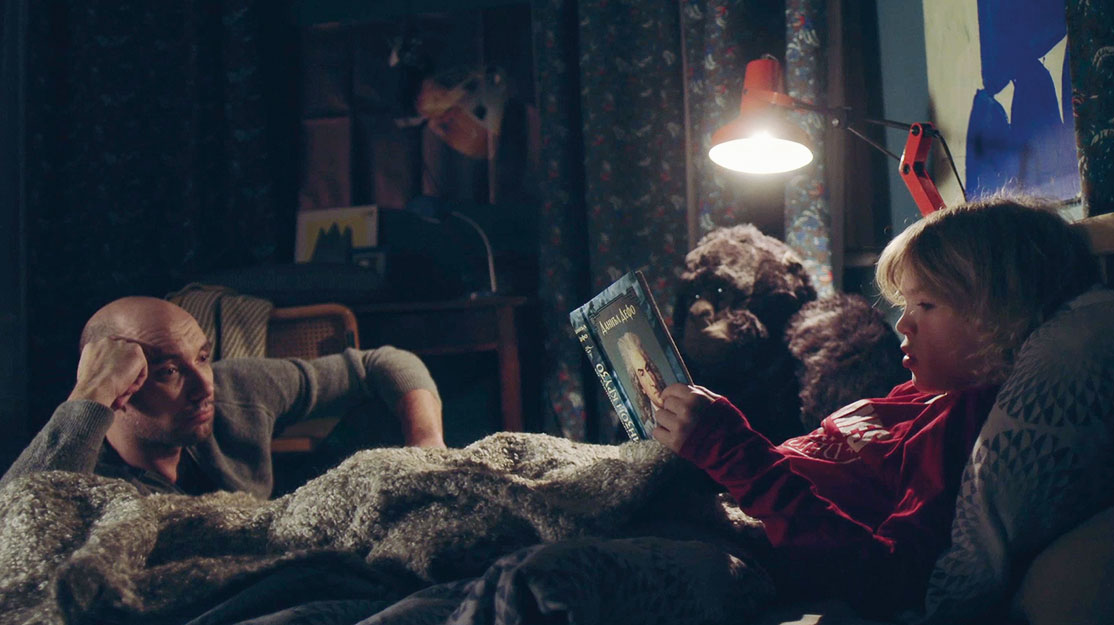 Six-part drama Father’s Day is breaking new ground in Bulgaria. Producer Martichka Bozhilova and director Pavel Vesnakov tell DQ how they brought this story of a child caught between separating parents to the screen.

There are two reasons why Father’s Day, a six-part Bulgarian drama about a warring couple and the impact of their separation on their child, stands out.

One is that “it’s the first show of its kind” in the country, according to producer Martichka Bozhilova. “So far in the market, there are just crime, comedy and medical genres. For the first time, Bulgarian National Television has decided to take the risk and propose something completely different – a real drama.”

It’s also unusual in that the show won’t return season after season like many others in Bulgaria. Instead, this is a closed-ended story that will wrap up in a single season. “This is something totally new for our market and it follows the best examples worldwide,” Bozhilova adds.

Father’s Day’s origins can be traced back to 2015, when writers Teodora Markova, Georgi Ivanov and Nevera Kertova pitched the idea to production company Agitprop, with Bozhilova joining the team to develop the scripts. The series subsequently won backing from Bulgarian National Television, but had to wait until the end of 2017 to get the green light. So began a race to get the series into production and delivered on time for an expected autumn 2018 launch.

Inspired by the stories of fathers who fight to remain in their children’s lives following a divorce, the series introduces Dimo and his wife Kalina, whose separation seems amicable at first. However, while Dimo starts a new life, Kalina is still hurt by their split and turns their son Bobby against him, causing Dimo to begin a desperate battle for access to his child. Bobby, meanwhile, develops parental alienation syndrome and begins acting out against both Dimo and Kalina. The two parents reconcile – but what long-term damage has been done to their young child?

Both Bozhilova and director Pavel Vesnakov point to the significant divorce rate across Europe as evidence of the timeliness of Father’s Day, which they say highlights issues that affect everyone – from children experiencing the divorce of their parents to anyone who has been part of a failing relationship.

“Sometimes you are doing things in your life and you don’t realise how they affect the people around you, especially children. This is something very common not only in Bulgaria but across the world,” Vesnakov says.

In terms of how this relates to Father’s Day, he adds: “Everything is happening very fast and the relationship between the main characters is falling apart, but the child becomes a witness to everything, without the parents realising it. In the end, they realise what they are doing but the series says maybe the boy will be marked for the rest of his life by what has happened. That doesn’t mean he can’t overcome it, but it will leave a stamp on him forever.”

Filming took place in Sofia across 42 days at the beginning of this year, when the Bulgarian capital exhibited the wintry conditions that the creative team wanted for the show’s backdrop. They also drew inspiration from Polish director Krzysztof Kieślowski’s films when it came to the look and style of the drama, which Vesnakov describes as “very realistic, but told in a poetic way, with lots of close-ups.”

Vesnakov, who directed all six episodes, says the production schedule allowed one week to shoot each episode, the longest amount of time he had ever been afforded on a television shoot. If that was a luxury, however, one of his biggest challenges was working with child actor Hessen, who faced some emotionally demanding scenes.

“You can imagine it’s very difficult to keep his attention for a very long time, to make him repeat the same actions 20 times in a row, so we had to be very open to the unexpected situations that can occur,” Vesnakov explains. “It was very interesting and challenging to work with a child as a main actor in a drama series. It’s not a children’s series. His role is like a part for an adult actor, but he’s only nine. He was put in tough situations and it was very interesting for me.”

On set, Vesnakov spent time with the actors during rehearsals, which he also made a point of filming. “The most interesting things sometimes only happen in the first take and then everything after that is fabricated or manipulated. The first take is always the most fascinating one, or the most unexpected one,” he explains.

For Bozhilova, “everything was challenging” due to how alien the show was compared with the usual Bulgarian fare. But there were some bonuses to this new way of working, such as the extended time available to edit the series before delivery.

Casting was also crucial. “We were casting for months and we were very lucky to get the best actors in Bulgaria – it’s a really top cast. I’m really lucky and happy they agreed and wanted to be a part of it,” says Bozhilova, who spotted the previously unknown Hessen while walking in the street.

Vesnakov says making Father’s Day was similar to working on a feature film in terms of the process, although the show’s length meant it was like filming three features in a row. “I don’t see any difference between directing a movie and a TV series right now,” he says, noting the blurring boundaries between the two mediums over the past decade.

The fact Vesnakov was in charge of every episode also meant the production could be shot out of sequence, depending on the schedule. “It was an interesting learning process, particularly in how to deal with the arcs of the characters and how to direct them,” he says. “From a directing point of view, this was the most challenging part.”

Both Vesnakov and Bozhilova are now keen for Bulgarian television to produce further limited series. “For our industry, I hope we can stimulate the public to find interest in such TV series,” Vesnakov adds. “It’s not about the professionals; we can shoot these kinds of stories. [But there has to be public desire for] stories told in this kind of cinematic way, where you could have two or three minutes without dialogue, for example. This is something not common here – everyone is talking all the time.

“If this happens in Bulgaria, I would be very happy. It would be a big achievement.”