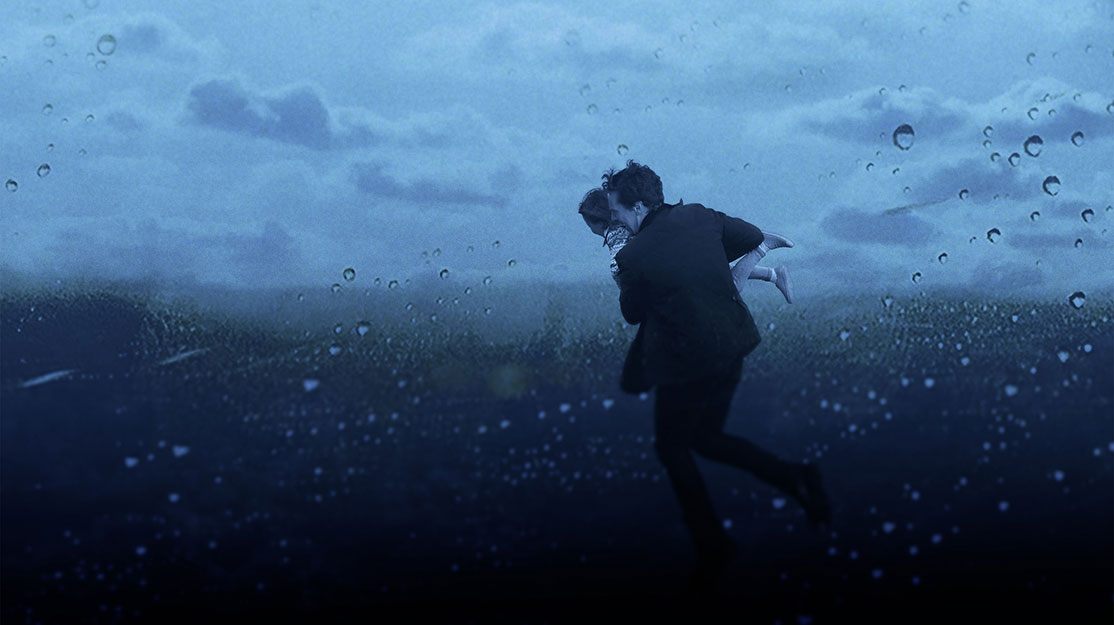 Benedict Cumberbatch and Kelly Macdonald star in a feature-length adaptation of Ian McEwan’s acclaimed novel The Child in Time that very nearly didn’t get made. DQ chats to the stars and screenwriter Stephen Butchard about the film’s journey to the screen.

When Sherlock star Benedict Cumberbatch describes a script as “brilliant,” the chances are it’s in production somewhere. But until recently, that wasn’t the case for The Child in Time, Stephen Butchard’s adaptation of Ian McEwan’s award-winning novel.

Butchard had written it “some time ago” as a one-off TV film but the clamour for serials and returning series meant his script couldn’t find the backing it needed to enter production. However, once Cumberbatch signed on to star and executive produce through his fledgling SunnyMarch TV label, doors unsurprisingly opened to the project.

The Child in Time, directed by Julian Farino (Marvellous, Entourage), was subsequently picked up by UK pubcaster BBC1 and Masterpiece for US network PBS and is distributed worldwide by StudioCanal. Pinewood Television is a coproducer.

Cumberbatch plays Stephen, a children’s author who is still grieving the loss of his daughter two years after she disappeared while they were on a shopping trip together. His wife, Julie (Kelly Macdonald), has left him and best friends Charles (Stephen Campbell Moore) and Thelma (Saskia Reeves) have retired to the countryside to battle demons of their own.

“It’s ultimately a story, despite the depths it plunges, of the emotional reality of the trauma at the centre of it,” Cumberbatch says of the first McEwan novel to be adapted for television. “It’s a story about salvation and hope and trying to build a future that just accepts, encompasses and owns that loss, the absence of that child. It’s also an examination of childhood and time. It’s got quite a lot going for it other than just that horrific central axis of the drama.”

The actor notes that Stephen is a million miles from his previous television roles – “particularly the more famous one” – and admits that was part of the attraction. “That’s an appeal for me, to always be shaking things up a little bit as far as expectations are concerned,” he says, adding that it was a coincidence he took on the role just as he became a father for the second time. “The extreme nature of the situation is very unusual and horrifically relatable. I don’t think you have to be a parent to understand it.”

Cumberbatch describes Stephen as “an ordinary person in an extraordinary circumstance,” which also presented him with the challenge of playing a ‘normal’ person. “There were moments when I thought, ‘Am I doing enough?’ I’ve done a lot of roles where there’s a lot of other stuff going on, whether it’s a very particular attitude, mindset, skill set or cultural background or all of those things. I brought more of myself – as I sound and as I move and dress, even – to this one than I have before. So I felt quite naked at times, but it was also great because of that.”

The dystopian novel, which has bold political themes running through it, has largely been stripped back in Butchard’s adaptation, which instead focuses on the characters at the centre of the story.

“I also knew I didn’t want to start with the abduction of the child because for me, although that’s at the core of it, that’s not what the film’s about. It’s about people dealing with that and finding their own way forward in life, having to carry that burden.”

Part of the challenge of bringing McEwan’s story to the small screen was broadening the scope of the novel, which is read entirely from Stephen’s perspective. “So you have to build them as individual characters in their own right, not wholly through the prism of Stephen,” Butchard notes. “That’s a departure [from the novel], but that always happens in any adaptation. As far as the plot goes, it follows the same stepping stones in terms of how the relationships go, but then it’s about how you visualise what is internalised in the book. What scenes can you bring into it or what dilemmas can you bring into it? People will easily recognise the book and its themes, but there are things that you kind of invent and bring in to help you move forward and put it on the screen.”

Macdonald was cast after Butchard watched the Scottish actor in Trainspotting 2, in which she reprised her role as Diane from the original 1996 film. “We thought she would be great and together [with Cumberbatch] it works really well,” he says.

Macdonald picks up: “What appealed to me when I read the script was it felt honest in its portrayal of love and loss. It’s a very emotional story but it’s not depressing. It hasn’t gone down that route. Julian’s got such a gentle touch and the way he directed it was he very much wanted an almost positive tale of love coming from loss, and I think he has managed to do that.”

The actor also praises Farino for creating a protective atmosphere on set, as the cast were often required to play out intensely emotional scenes.

“You have to do them or there’s no point in telling this story,” she says, “but it was a very safe environment with Julian at the helm. Everybody was so enthusiastic and wanted to do a great job, so it wasn’t draining. It was enjoyable, strangely, despite the subject matter. Everyone was at the top of their game so it was just a great creative place to be.”

Since her screen debut in Trainspotting, Macdonald has enjoyed a varied career across film and television, notably preferring single films to long-running series. The exception to the rule is her five-season stint on HBO’s prohibition-era drama Boardwalk Empire, which she admits was too good to refuse.

“Boardwalk ran for the perfect amount of time for that show and I’m enjoying getting different work now,” she adds. “TV series are great and it’s as close to a nine-to-five job as you can get for an actor, but not knowing what I’m going to do next does appeal and you get to have some variation there.”

In his role as an executive producer on The Child in Time, Cumberbatch talked over the script with Butchard and was also involved in hiring director Farino. “I’ve never been involved at that stage of things before so it’s intriguing,” he admits of his off-screen role. “But it’s not without its challenges, especially watching the work sooner than you should as an actor, when it’s in a very raw state and you give feedback as a producer. That was tricky. I’m excited about the moment when I’m not in something and I can look at that with much more distance.”

But with the book now 30 years old, is the story still relevant? “I think it’s absolutely timeless, I really do,” Butchard concludes. “It’s a story of the strength of the ordinary man and woman and how we actually deal and cope with events in our lives. We still find strength from somewhere, be it the love of another person or faith. For me it is a story of love and courage, and that’s why it’s timeless and why it’s still relevant.”