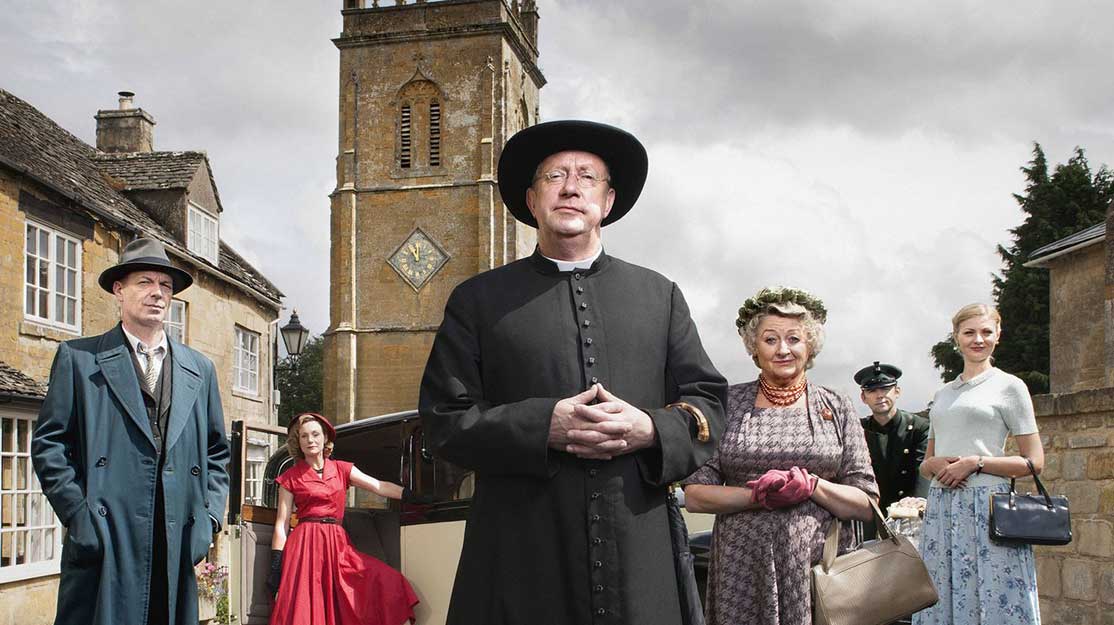 The write way: How can the UK improve its writing practices?

DQ hears from the writers behind several UK dramas about the differences between US and UK writing and production methods, and how the UK could improve its practices.

If you want to explain the fundamental difference between US and UK dramas, you might need to point no further the credits.

For while long-running American series, with up to around 22 episodes a year, have a team of writers piecing together plot lines in a writers room, British shows commonly have a single author telling their own story across a range of formats – from TV movies and two-parters to six-episode miniseries.

This difference in writing and production methods was the subject of debate at this year’s Royal Television Society (RTS) Cambridge Convention, in a session entitled The Single Voice and the Showrunner.

As described by writer Bryan Elsley, the role of showrunner emerged through the highly seasonal nature of the US production cycle where a pilot season leads into a number of commissions placed in May, with shows expected to be on air that fall.

It’s a “mass production model to produce large volumes of television,” Elsley explains, where the showrunner sits at the top of a hierarchy of staff to ensure scripts are written and produced.

“The showrunner role is not just to do with the writing room. The showrunner is effectively the producer, is responsible for all aspects of production and post-production and delivery of the show, and is in charge of those processes. That high level of organisation is a big feature of the American model.”

Elsley is best known for creating E4’s controversial teen drama Skins, which he later adapted for US cable network MTV in 2011. However, the US version was cancelled after one season following falling ratings and a number of off-screen problems.

“I’d been learning some showrunning skills on season four of Skins, as I was in charge of the writers room and was effectively in charge of production,” he says. “When I got to the States and was handed a US$16m budget and told to start, I was literally given a room in Manhattan with some desks in it and told when they wanted the show.

“At that moment I realised I was lacking in some of the basic skills. It was a very chastening experience. Much has been said about my difficult relationship with MTV. I was having real problems. I wasn’t absolutely clear how to do things and I struggled with phone calls on which there would be 15 executives, none of whom were in the same city as me.

“Then we ran into editorial problems with lawsuits and right-wing pressure groups, and all of those things put us into the ground. It was quite tough. But I did think as I walked away – and Armando Iannucci (Veep) has proven this is possible – it must be possible for British writers to exist in that mania and not sink. In an environment where big US productions are coming to our country and hiring in, we need to be skilled in order for them to have confidence for us to be in some of the primary positions in those shows.”

Guner says his experiences have differed across the shows on which he has worked. These range from times he has felt supported and has received constructive feedback, to others when notes hindered the writing process and each new script draft felt like a first draft.

“It’s not a great position to be in because you don’t feel like you’re doing your best work,” he says. “Sometimes it’s for logistic reasons or because an actor can’t make it, but other times it feels like you’re being given notes on a whim and being asked to change the script and they’ll shoot whatever’s left at the end of the process.”

In particular, Guner says writers on continuing dramas, who often only gather once every few months at “story conferences,” should be brought more into the production.

“One thing that doesn’t happen but should is for the writer to meet with the director before the shoot,” he argues. “It’s absurd to me that that doesn’t happen as standard practice. The week before it shoots, the writer should have a meeting with the director just so you can clarify your thoughts on particular scenes and they can point things out in the script. It would save a lot of heartache because you do rewrite after rewrite. You get notes from the director via the script editor and you’re kept as far away from production as possible. It seems a case of picking your battles. You don’t want to be too difficult but you want to be a bit difficult.”

However, Guner is clear that continuing dramas provide great training for upcoming writers, who get to see a script they have written on air within months.

“They’re machines,” he says. “You constantly have to pull the rabbit out of the hat very quickly, and the deadlines are ridiculous. I’ve never worked so hard. Just from that process, you develop tools and tricks and you really do improve your writing. Doing somebody else’s show, you still need to put your stamp on it. You want to feel like it’s your episode.

“There’s more flexibility with Holby and Casualty because you have to create your guest stories that integrate with your serial. But even with something like EastEnders, if you get five or six writers to do that same episode from the same storybook, you’ll get five or six different episodes. They’ll be tonally different; their focus will be different. You learn a hell of a lot working on continuing drama.”

If there’s one way to maintain a single voice throughout a television drama, it’s for the writer to also produce and direct the series. That’s the case for Hugo Blick, who performed all three roles on The Honourable Woman and The Shadow Line (both BBC2). But it takes a unique filmmaker to make this approach work.

“I have a compartmentalised personality,” Blick says. “If, as a producer, I have a problem where a sequence goes to four or five takes, I’m starting to think it’s the script. Most writers wouldn’t, they’d say it’s everybody else. So my producer is saying it’s the script, let’s move this on. And whatever it’s moved on to is usually better than the script was. That compartmentalisation is a little unique but it helps with the efficiency of telling what is hopefully a distinct, bespoke, authored Tiffany jewel for BBC2.”

But surely that production model can only work on short-run dramas where one person can oversee all three areas? Blick agrees it would be very different on a multi-season drama.

“If you were making an authored piece, it has to go top down from writers,” he explains. “It can’t go from the execs. All I’m trying to do is say, ‘I’ve got a thing of wonder that I think you should be a part of.’ That clarity is so important. The Honourable Woman was looking for reconciliation on the world stage because she couldn’t find it in herself – that’s it. Then I’m going to put on top of it the most irreconcilable conflict you can think of – Israel and Palestine.

“The other thing is that there are 300 people who come with you on the journey, but there are 13 heads of department you have to work with. To get this to function efficiently, I always say that there’s a nail in the middle of the desert – the nail is my vision and everybody’s got to gather around it. And we all have to strike it, crucially at the same time. But they have to strike it for themselves. Once I’ve given the vision, what the designer does to this vision is up to them. On The Honourable Woman, I only saw the designer on the last day of a 100-day shoot, because he was entrusted to do exactly what he thought supported that vision.”

Regina Moriarty came to TV through Sammy’s War, part of Channel 4’s Coming Up strand for new writers, and BBC3 TV movie Murdered by my Boyfriend – the story of a 17-year-old victim of domestic abuse that won the RTS award for Best Single Drama in 2014 and the Best Leading Actress Bafta for star Georgina Campbell earlier this year.

“To have two single dramas to start off with is quite unusual because other writers I know haven’t been as lucky,” Moriarty says. “For me it was a great experience and very nurturing. I was really helped along and it was a hugely positive experience in both cases. But for a lot of people I know, their first jobs are in continuing drama and it’s a tough way in and quite demanding. It’s also a fantastic learning experience, but perhaps not quite so nurturing as the experience I had.

“Schemes like Coming Up don’t mean anything’s going to be made but they’re a fantastic point of entry and there probably aren’t enough of them. It is really competitive but if you can get one thing into that scheme, it can set you up.”

Elsley, who also wrote Channel 4 drama Dates, says there’s a lot that’s great with the way British drama is made: “It’s an environment where someone like Hugo Blick can emerge quickly, resolutely and fully supported.”

But the key thing, he says, is to have a needs-based approach, where the industry remains flexible to the requirements of different productions.

“You need to look at what your show is, how many episodes there are and who the central creative forces behind it are – they might be writers or something else – and properly organise around that,” Elsley explains. “We need to step towards properly focused, budgeted, processed drama production that can happen on a tiny scale, and this has to happen on a massive scale.”