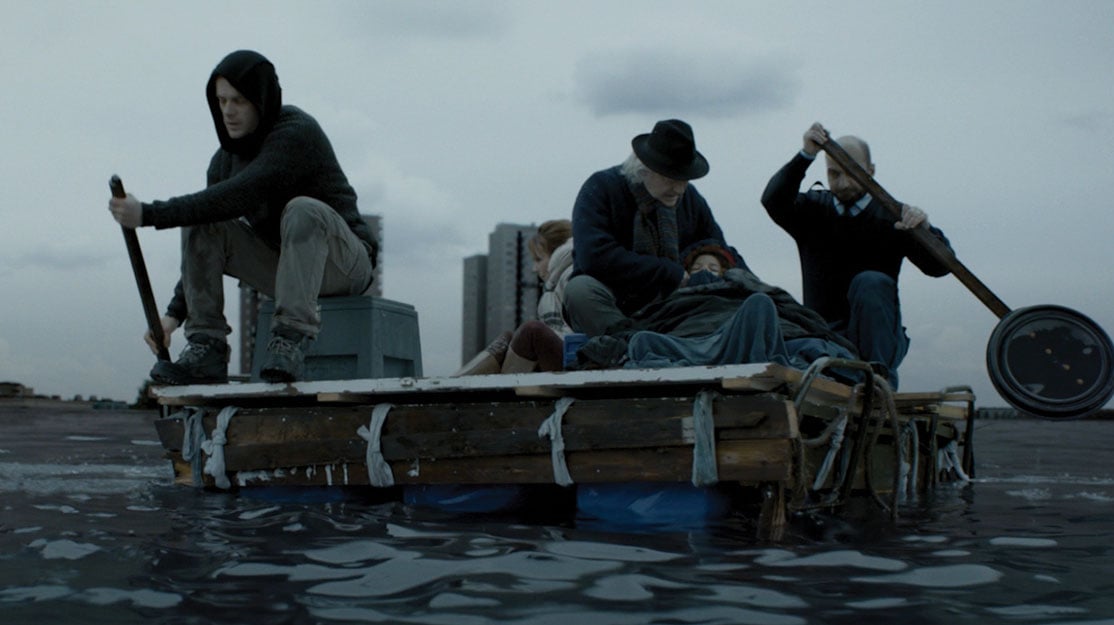 Dutch drama Als de Dijken Breken (The Swell) imagines what happens when the most powerful storm in history hits the Netherlands and Belgium. JOCO Media producer Ingmar Menning wades through the six-part series to give DQ six things we should know about this epic drama.

1. The Netherlands and Belgium are partly below sea level and we are greatly dependent on our seawalls and the Delta Works to protect us from rising sea levels, storms and springtide. We have always been inspired by historical or current events for our productions so when in 2012 the area around Rotterdam and Den Haag was hit by a major telephone and communications shutdown due to a fire, our creative director Johan Nijenhuis [who produced 2009 feature film The Storm] began thinking about contemporary disasters and their effect on ordinary people. Basically, the largest threat to the Netherlands and part of Belgium is the sea. It’s something we can control by building dykes and strengthening coastal protections – unless a ‘once in 10,000 years’ superstorm occurs. This became the premise of our series. For broadcaster EO [part of public broadcaster NPO], the question of ‘what would you do?’ really appealed. So they embraced the project and developed it with us. The type of disaster in the series – a superstorm threatening the coastal areas of the Netherlands and Belgium – gave us a natural story for collaboration with Belgium. [Belgian prodco] Menuet became our coproduction partner.

2. The focus of our series is the characters and how they are affected by the storm and its consequences. But we knew we had to show the storm and thus needed to know exactly what kind of situation could lead to a disaster on this scale. Our research included interviews with Rijkswaterstaat [the Ministry of Infrastructure] – which is responsible for the development and maintenance of the water defences – plus weather services, crisis managers and the Red Cross. But the series mostly focuses on the choices our characters make and the relationships between people. Most of the writing process with our two head writers, Karin van der Meer and Maarten Lebens, was spent on developing the characters and rewriting their decisions and actions. Flemish writer Wout Thielemans then adapted the Belgian storylines and dialogues. During writing we also had to take special effects and visual effects into account. With our available budget, some very explicit storm action scenes were practically impossible to shoot in a convincing and safe way, so had to be redeveloped.

3. We created storylines around characters in various positions in society, from the prime minister to the mother of a young girl. By doing this, we could explore all aspects involved in the disaster and the aftermath. What does it mean to face an evacuation? What do you do when your husband wants to divorce and the rescue boat cannot take your whole family? And what strength can you find if you see your child washed away in the flood? This makes a larger-than-life crisis very real to the public, which was exactly what we wanted to achieve.

5. The biggest challenge was the special effects and the VFX needed to recreate the storm and the flood. We buillt a large water basin surrounded by green screens to safely and realistically film the scenes in and around the house on a flooded sailing club, and with characters on a raft in flooded Rotterdam. We also built a prison cell set inside two shipping containers that we could fill with water. During script development, VFX producer GRID was closely involved in the action scenes in order to decide what could be created with VFX.

6. Our series is produced by JOCO Media and Menuet Productions, and
is distributed by Dutch Features Global Entertainment. It’s a triple-A-quality event drama and was received very well by Dutch and Belgian audiences on NPO and Een respectively.