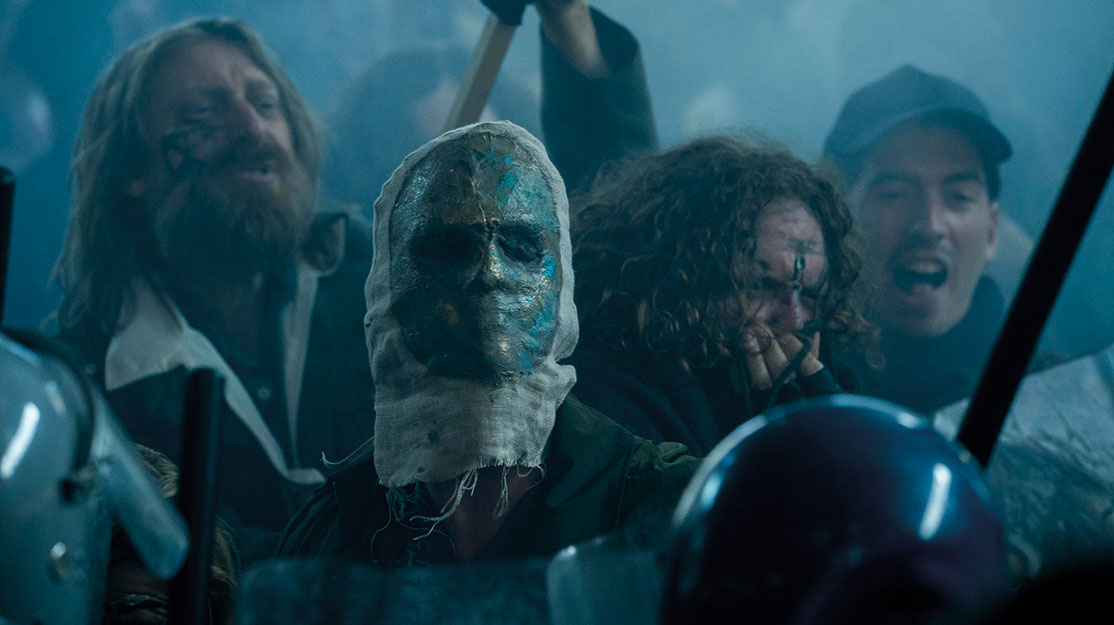 The stuff Dreams are made of

Matthew Graham, the writer behind the first episode of Electric Dreams, the 10-part anthology series based on the works of acclaimed author Philip K Dick, tells DQ about his favourite scene from The Hood Maker, which is based on the short story of the same name.

The Hood Maker takes place somewhere in the future. There has been a global disaster that has resulted in technology moving backwards – there is clearly no internet, while power and transportation are limited. The world we see is a relatively oppressive one, and the natural disaster that reduced our electrical power and cut off our telecommunications also gave rise to mutation – some are born with telepathic ability, the ‘teeps.’

The Anti-Immunity Bill has just been passed, allowing the police, known as Clearance in the story, to use teeps to read the minds of suspects, even against their will. As a lot of governments and institutions do, they justify it by saying if you’re not guilty of anything, you have nothing to hide. However, a mysterious man known as the Hood Maker begins sending out hoods that block teeps from reading the mind of the person wearing them.

Very early on, I wanted to have a scene where we see the oppressive power of the teeps and how it’s being used. The first person wearing a hood, Rathbone (played by Tom Mothersdale), is arrested, brought into the police station and strapped to a chair. Initially he is interrogated by a Clearance officer called Ross (Richard Madden). Even though Ross comes in and interrogates him quite hard, as you imagine a cop would do, there’s also a reluctance in Ross, the sense that he is saying, ‘It would be easier for you if you just told me what you know, rather than letting me bring a teep in to read your mind.’

Then a teep called Honor, played by Holliday Granger, comes in. Because Rathbone has resisted having his mind read, Honor forces his mind open. But I wanted it to be a process like ransacking a house; I didn’t want it to be neat and gentle. I wanted it to be like rummaging through someone’s drawers and throwing things over your shoulder.

She wants him to give up the names of his accomplices but he’s buried them deep in the back of his mind, and what you put in the back of your mind are the things you don’t want people to know. Things start coming out about him being bullied, about having a sexual fixation on his mum – things he feels really ashamed of.

I came up with this idea that Rathbone uses the phrase ‘The quick brown fox jumps over the lazy dog’ as a mantra he repeats over and over again, like putting up a wall. Then I thought it would be cool if it became a battle of minds and will. Honor starts repeating her own mantra but she’s perverted it and made it more subservient, repeating ‘The slow black dog bows before the regal fox.’ Gradually she twists him round. At the end, when she does get the names from him, he is left spent, like the victim of an assault. He’s crying and broken.

The director, Julian Jarrold, brought two things to the scene that weren’t in the script. One was a suggestion that we have Ross watching this process, with the audience seeing his discomfort. Ross is a non-teep, so to anyone who’s not a mind-reader, this process looks unpleasant and creepy.

The second thing we did on the day they were filming, after talking to Holliday, was putting in that the process of mind-reading makes Honor cry. In a way, it’s a painful process for the teeps as well as the people being read. Holliday actually came in to rehearse that scene before filming and she started crying for real, so we ran with it.

In this scene, it was very much the writer, the director and the actors working together to build up the layers. Everyone had a part to play, which is why I think the scene works really well. It’s one of my favourite scenes in the story.