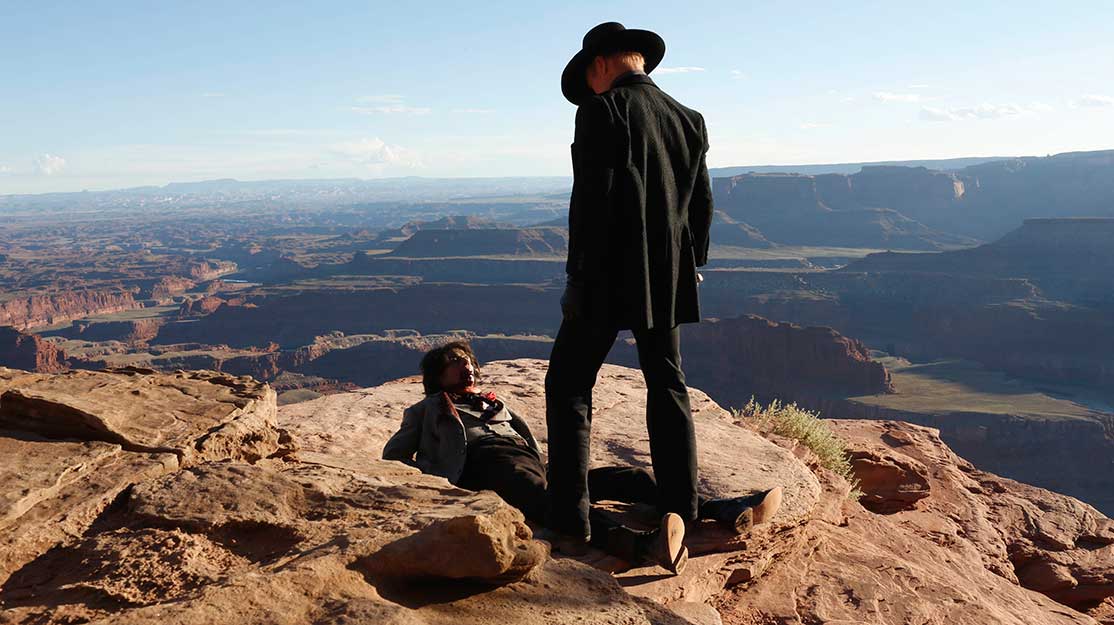 The shape of things to come: what next for sci-fi and fantasy?

Stephen Arnell casts his eye over the television landscape and finds there are plenty of science-fiction and fantasy series in the works to keep genre fans happy.

At the same time as a tide of comic book and graphic novel TV adaptations have hit the screen, there has been a less trumpeted but increasingly visible trend in series based on ‘hard’ science fiction and ‘serious’ fantasy.

With the recent announcement of Bryan Cranston’s new Philip K Dick anthology series Electric Dreams (produced by Sony Pictures Television for Channel 4), there seems to be an unmistakable head of steam behind adaptations of ‘hard’ sci-fi – coming hot on the heels of Amazon’s critically lauded The Man in the High Castle (also based on a Philip K Dick novel) and Syfy’s miniseries version of Arthur C Clarke’s downbeat Childhood’s End.

This resurgence of more serious-minded sci-fi is demonstrated in the UK, with Channel 4 leading the way with the AMC coproduction Humans and the less viewed, but well-regarded, Utopia.

The alternate-history Axis victory premise of Amazon’s High Castle will be mirrored by BBC1’s upcoming SS-GB, which itself harks back to 1978’s BBC2 production An Englishman’s Castle, which starred Kenneth More as a TV soap writer in Nazi-occupied Britain.

Broadcasters and OTT providers have discovered a new vein to mine, as evidenced by a slew of shows being developed or in production, including HBO’s series version of Michael Crichton’s Westworld (pictured top), best known to older readers from the 1973 movie starring Yul Brynner, James Brolin and Richard Benjamin.

The successful movie was followed by the sequel Futureworld (1976) and short-lived 1980 series Beyond Westworld (CBS), both unfortunately following the law of diminishing returns.

Westworld creator Jonathan Nolan (co-writer with his brother Christopher of The Prestige, Interstellar, The Dark Knight and The Dark Knight Rises) is also apparently developing a series version of Isaac Asimov’s classic Foundation trilogy (also for HBO), which is surely a prospect that will have sci-fi fans salivating.

Back in 2009, Sony reportedly tried to crack the novels with director Roland Emmerich (Independence Day, White House Down) attached, but when the project stalled, HBO stepped in to acquire the rights.

Along with JRR Tolkien’s The Lord of the Rings and Frank Herbert’s Dune, Foundation was regarded as ‘unfilmable’ due to its epic scope but, following Game of Thrones’ success, epic is something HBO can confidently handle.

Both have been ordered by Syfy, which is also teaming with Battlestar Galactica writer/exec producer David Eick for the series version of Frederik Pohl’s 1977 Hugo and Nebula award-winning Gateway.

On the SVoD front, Hulu has given a straight-to-series order for a 10-part adaptation of Margaret Atwood’s The Handmaid’s Tale, a feminist story set in a grim US of the future, ruled by a Ted Cruz-style totalitarian Christian theocracy, starring Elizabeth Moss (Mad Men, Top of the Lake).

A movie of the novel was released in 1990, boasting an all-star cast that included Robert Duvall, Faye Dunaway and Downton Abbey’s Elizabeth McGovern, but the film suffered from script problems and was generally felt to be an interesting failure.

Darren Aronofsky (Black Swan, Noah) is said to be developing a TV series with HBO based on Atwood’s post-apocalyptic novel trilogy Oryx and Crake, The Year of the Flood and MaddAddam, set in a world where most of humanity has been wiped out by a pandemic and the survivors fight to find a reason to continue.

Back in 2011, there was talk of a remake of Ray Bradbury’s 1980 movie The Martian Chronicles (starring Rock Hudson), but this appears to have been abandoned. The revival of interest in the genre may see it resurrected, though.

And speaking of Mars, the daddy of all sci-fi stories – HG Wells’ War of the Worlds – is currently being developed by ITV-owned Mammoth Screen for an ostensibly authentic period version of the classic novel, scripted by Peter Harness (Jonathan Strange & Mr Norrell, City of Vice, Doctor Who).

Neil Marshall (Game of Thrones, Dog Soldiers, The Descent) is on board to direct, while reports earlier this year of Poldark star Aidan Turner taking the lead role of the narrator have since been denied.

HG Wells features as the protagonist of ABC’s Time After Time (based on Nicholas Meyers’ 1979 movie), which involves the author travelling from Victorian England to the present day. Kevin Williamson (The Vampire Diaries, The Following, Dawson’s Creek) is showrunner for the series.

Although Robert A Heinlein’s Starship Troopers was successfully transferred to the cinema screen by Paul Verhoeven in 1997, it remains doubtful whether a TV version of his most famous work, the controversial 1961 novel Stranger in a Strange Land (once promoted as “the most famous sci-fi novel ever written”) will ever see the light of day.

In terms of the serious fantasy genre, the BBC’s upcoming version of Philip Pullman’s His Dark Materials trilogy should benefit from having writer Jack Thorne (The Last Panthers, Skins, The Fades) guiding the show, which will hopefully avoid the pitfalls of 2007’s movie adaptation The Golden Compass and maintain more of an adult tone.

Scheduling and advertising will be important for the series, as the excellent Jonathan Strange & Mr Norrell suffered from misleading promotion, which gave the impression of a Harry Potter-style fantasy – and aired on the wrong channel, BBC1, when BBC2 would have been far more appropriate.

Fantasy legend Neil Gaiman has certainly been a busy lad, with no less than four TV adaptations of his writings in the works, as well as his mooted big-screen version of Gormenghast, which was last seen as a BBC2 series in 2000.

Actor Joseph Gordon-Levitt (Looper) was due to direct a movie version of Gaiman’s Sandman, but that recently hit the buffers.

First up is American Gods for Starz in the US, which has an impressive cast including Ian McShane, Peter Stormare, Jonathan Tucker and Crispin Glover.

Sean Harris (Mission Impossible: Rogue Nation, Jamaica Inn, The Borgias) has since left the production to be replaced by Pablo Schreiber (Orange is the New Black, The Wire) in the role of troubled Leprechaun Mad Sweeney, with Bryan Fuller (Hannibal, Pushing Daisies) as showrunner.

Gaiman’s Anansi Boys, which occupies the same fictional universe as American Gods, was optioned by BBC1 in the UK back in 2014, while his anthology Likely Stories has been commissioned by Sky Arts in the UK, featuring a cast that numbers Johnny Vegas (Benidorm, Ideal) and industry veteran Kenneth Cranham (Rome, War & Peace, Layer Cake), with a score by Pulp frontman Jarvis Cocker.

Good Omens, Gaiman’s end-of-the-world collaboration with the late Terry Pratchett, is also being considered by the BBC for a miniseries, while Lucifer, the Fox show based on Gaiman’s character from Sandman, has recently been renewed for a second season.

Other fantasy projects with adult themes on the horizon include NBC’s Midnight, Texas (due to be transmitted this autumn), based on the novels by Charlaine Harris (True Blood), and the BBC’s The City and The City – Tony Grisoni (Red Riding, Fear and Loathing in Las Vegas, Southcliffe) developing China Mieville’s cult novel about the cities Beszel and Ul Quoma, which occupy the same point in space and time.

And last, but by no means least, Robert Jordan’s Wheel of Time series, said to be the highest-selling serious fantasy novels since The Lord of the Rings, are rumoured to be under consideration by Sony for either AMC, Netflix or Amazon.