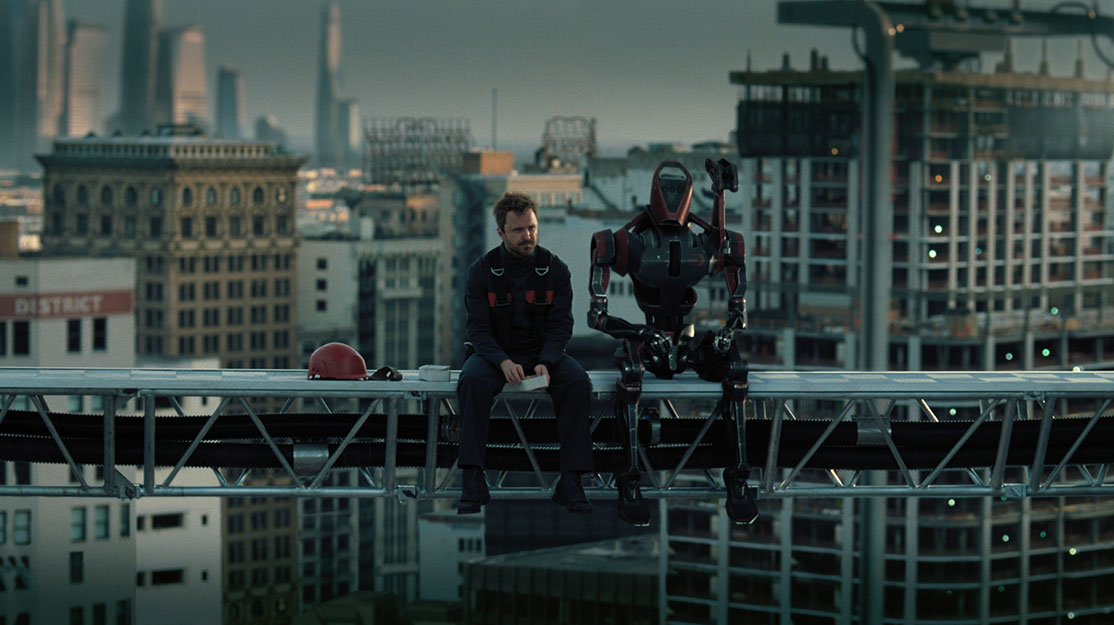 Having worked on all three seasons of HBO’s Westworld, location manager Mandi Dillin talks to DQ about finding the real-world settings used in the science-fiction epic.

Until production was suspended because of the coronavirus pandemic, locations manager Mandi Dillin was scouting venues across LA and its world-famous Sunset Strip for Amazon Prime Video’s forthcoming drama Daisy Jones & The Six.

Based on the novel by Taylor Jenkins Reid and produced by Reese Witherspoon’s Hello Sunshine, the show charts the rise of a fictional 1970s rock band to become one of the most successful groups of all time, before splitting at the height of their fame.

“I’m very excited for this project. It’s so different from anything else I’ve done,” Dillin tells DQ from her home in LA. “It’s A Star is Born meets Once Upon a Time in Hollywood, and we’re ready to go shooting on the Sunset Strip and in all these cool clubs. It was going to be such a fantastically beautiful project – and it is still happening, it’s just a matter of when. I feel like I’m playing human Twister where I have one hand on all of my crew, a leg on the locations, another hand on my vendors. I’m just trying to keep everybody warm until we get the green light.”

In a career stretching back over a decade, Dillin has worked on features including the first and third Iron Man movies, Transformers: Revenge of the Fallen, Inception, The Dark Knight Rises, Django Unchained and Interstellar. Her TV credits include Transparent and I Love Dick.

“My process is the same in terms of how I work [in film and television] but, by default, the process for each project is different just because I’m working with a different producer and a different production designer, and they might have a way they like to do things,” she says.

“The one big difference on Daisy Jones, for example, is we have all the scripts for the entire season [before filming begins], which is becoming a lot more rare. On a lot of projects, you might get an outline at the beginning of the season and then a script 10 days before you start shooting that episode, which is terrifying, depending on the project. In television, you get that script and you’re off to the races, trying to find the best possible locations you can get within that period of time.

“But on this Amazon project, because we had everything in advance, we were able to put together a general lookbook for the entire season and know if there are locations we’re going back to and what’s happening in the future. So if I find something really great, we save it for that, rather than front-loading the beginning of the series. Every project has its own little idiosyncrasies we have to adjust to.”

Since Westworld’s pilot in 2014, Dillin has worked with creators Jonathan Nolan and Lisa Joy on all three seasons of the HBO science-fiction series, which has amazed and challenged viewers with its story of a Wild West-inspired theme park whose guests’ every desire is fulfilled by its population of android hosts – whose journey to self-awareness leads to revolt. Season three concluded this week and is available in the UK on Sky Boxsets,  NowTV and digital download. A fourth run has already been confirmed by HBO.

As well as its storyline and starry cast – which includes Evan Rachel Wood, Thandie Newton and Jeffrey Wright – Westworld has become particularly well known for the utilising the desert landscapes of Utah and Arizona as the grounds for the park. But in season three, like the story itself, the locations were dramatically different, with the sentient hosts escaping the park and finding themselves in a future LA.

“What was really exciting for me and the viewers is we’re now in a whole new world,” Dillin explains. “It’s almost like a different show – because we’re in this urban environment, it feels so different. At the end of each season, there’s little rumblings about what could be coming, and Jonah (Nolan) had talked about this future world, so we knew it was coming.

“I joke that I’m always working on Westworld – even now when I’m scouting for 1970s LA – because my scouts will bring me a file or show me an address that might be great for the next season of Westworld or something in Westworld, I don’t know what. I have a Westworld folder on my computer where I just throw in anything that could possibly work for whatever season of Westworld. The exciting thing is that it really could be anything.”

Though parts of the visually dynamic third season were filmed in Singapore and Spain, it was still mostly filmed around LA, with just four days spent shooting in Spain and a week in Singapore.

“It’s 90% LA,” Dillin admits. “We really cherry-pick the locations we use on our foreign units and we pepper those in throughout the entire season, so you might see a little bit of Singapore in each episode but the amount of time filming in Singapore versus filming in LA is very small. That’s a testament to our creative mojo, that we go and get the big locations that really help sell this world we’re trying to create and fill it in with locations in LA.”

But in such a filmic city as LA, which is home to major studios and some of the most iconic locations in movie history, how does Dillin find unique places to bring to Westworld?

“In terms of aesthetic, anything goes for season three because we’re talking about a fictional future city, so we were able to really look at anything and everything that just looked cool,” she says. “Even though we do feature a lot of modern buildings, both in Singapore and LA, there was a pre-Second World War element that Jonah wanted to embrace as well. In one episode, Dolores [Wood] and Charlotte Hale [Tessa Thompson] meet in this beautiful hotel lobby, which is a 1920s building in LA.

“In another, there’s a beautiful costume party that’s also set in a 1920s building in downtown LA. Then you have that juxtaposed with the lobby of [fictional AI company] Incite, which is a combination of three buildings in LA and one in Singapore. It’s been great to combine the new and the old from different cities in the world to create our aesthetic for season three.”

Unsurprisingly, the amount of location work in Westworld means very little of the series is filmed in a studio, with Dillin noting that studio time has decreased with every season. Previously, the interiors of the Westworld park, plus the corporate offices and labs, were shot on stages. But as the storyline has evolved, the locations have played a greater role in production.

“Even in season three, we did not go to stage for the labs. In episode two, when we see Maeve [Newton] come to life and she’s walking through the labs, we actually had to build them on location because it made so much more sense than trying to rebuild that on stage. In my head, season three was about 96% on location. We started 80% on location, so it was already a massive amount.”

While season three is a glimpse into the future, the first two seasons took viewers back to the Wild West as the story played out across the vast Westworld park that took in Utah’s Castle Valley, Dead Horse Point State Park, Glen Canyon National Recreation Area – home to Lake Powell across the border in Arizona – and Coral Pink Sand Dunes State Park.

More than just a key filming location,  Utah is also where Nolan and Joy first wrote the series. “When they first started to brainstorm, they were at a resort in Utah. So from the very beginning, Jonah had wanted Utah, because that was where the project was created,” Dillin says. “Where else do you see the best western landscapes? We were 100% in Utah in season one, and mostly in season two. We had one day in Lake Powell [for the second run] – that was it. Those are the best untainted landscapes we could find for the stories we were trying to tell.”

Working with natural landscapes, Dillin was always forced to question which part of the Westworld park a certain area might belong to, noting that each section of the park had its own look. For example, Sweetwater, the small town at the centre of the park, has a traditional western look, but the further out visitors go, the landscape becomes darker and more treacherous.

“We wanted to make sure we were showing the different parts of the park visually, so you could look at one frame and know where you are in the park,” she says. “It’s the same for looking at these modern spaces. And in terms of our world-building, the exciting thing about creating a future world is nothing is really off limits. We’re combining these very modern buildings with pre-Second World War spaces in LA and also some colonial buildings in Singapore.”

Dillin’s film and TV career is notable for her relationships with the Nolan brothers – Westworld’s Jonathan and film director Christopher (Inception, Interstellar, the Batman trilogy). While both are known for telling ambitious stories in unique worlds, Dillin says she prefers working in TV where she has more time to bring them to life.

“The difference is that with Inception and Interstellar, we have two hours to tell our story; with Westworld, we have eight to 10 hours to tell our story,” she says. “I personally prefer working on large-scale episodic television because you have more time for the story to play out and you can create more in general. You can create a rich world where the viewer can really settle in. And for a project like Westworld, that’s important.

“I do enjoy working with the other Nolan,” she jokes about her work with Christopher, adding: “The visuals on his movies are equally stunning. He’s a gifted filmmaker who can tell his story in two or three hours.

“It’s challenging to be concise and successful with a feature. We can stretch our legs in television and I enjoy it. It might be quicker, it might be a 100-metre dash instead of a sprint, but I really enjoy being able to settle in and participate in the world-building over more episodes.”