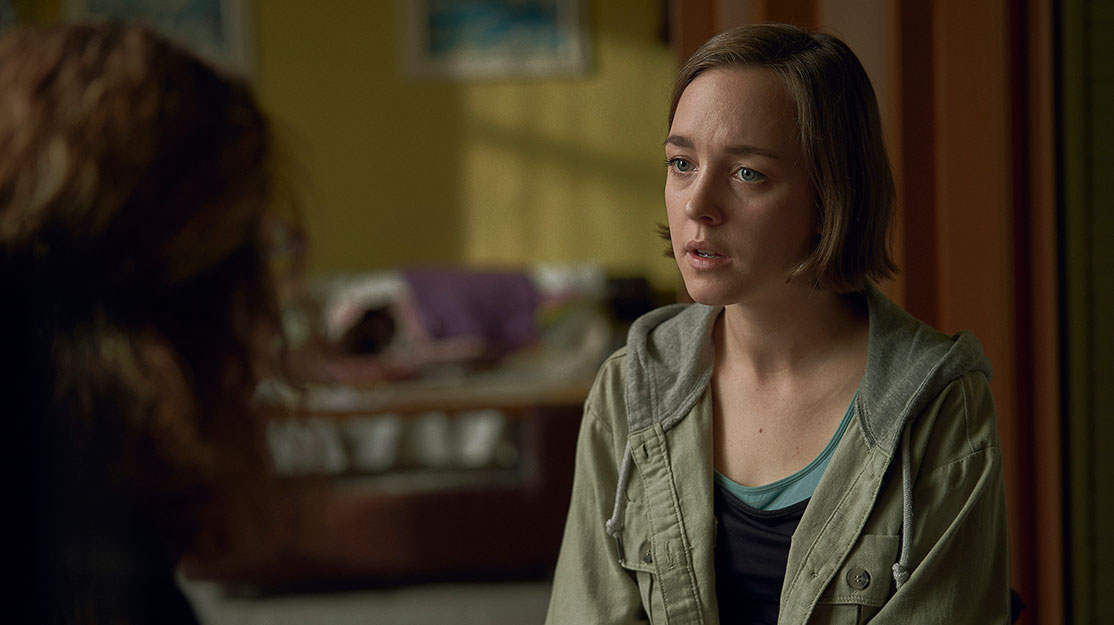 When it comes to television drama, Czech screenwriter Štěpán Hulík is looking for stories that he – and the viewers – will still be thinking about long after the credits have finished.

“I’m looking for very specific kinds of stories. I’m looking for something that gets stuck in my throat and I can’t get rid of it, I can’t swallow it, so I keep coming back to it, researching it and trying to answer some questions about it for myself,” he says.


That’s why Hulík still thinks about Horícï ker (Burning Bush), his 2013 dramatisation of the real-life story of student Jan Palach, who set himself on fire in protest against the Soviet occupation of Czechoslovakia. “When I still think about what he did in 1969, I’m not sure what I’m supposed to think about it, and that’s great. If all the answers for you as a writer have been answered, there’s no reason for you to write a script,” he says.

Hulík felt the same way about 2018’s Pustina (Wasteland), which follows what happens to a close-knit mining community when a missing girl sets off a chain of mysterious events that divides the residents and exposes the town’s dark underbelly.

Now, with Podezření (Suspicion, pictured top), he tells the story of Hana, a nurse who is placed under investigation when a patient dies in seemingly suspicious circumstances. The four-part miniseries, which is written by Hulík and directed by Michal Blaško, was selected in competition at Berlinale Series in February ahead of its launch on Czech TV and Arte in France.

That these stories get under the writer’s skin is not the only thing they have in common. In addition, they share a focus on strong female characters and are all loosely based in reality in some way. For Suspicion, Hulík uncovered many similar cases around the world that took place in hospitals or care homes. One example from the UK is the case of Colin Norris, a caregiver from Leeds convicted of killing four patients and later sentenced to life in prison. His case is now being re-evaluated by the Court of Appeal.

“I was really attracted to the idea that maybe you have someone who is not really guilty,” he says. “I was just trying to invent a really interesting character and put her into this type of story.” Hulík could not have imagined a better protagonist. Hana is cold, unattached and unemotional, and seems completely unsuited to her career as a nurse. When accusations are levelled at her, it’s hard to feel sympathetic, yet there’s something in her denials that reveal more passion for her job than she has ever shown on the ward.

“It felt interesting to me to have at the beginning such a strange, unlikeable character you don’t want to attach yourself to very much,” Hulík says. “Throughout the story, you explore why this woman is behaving in such an annoying, terrible way. What went wrong with her in her past? How was she hurt and by whom? The power of the story is you may have a character or a hero who at first sight may look very strange or even like a terrible person, but by exploring their background and their past, you realise the roots or causes of this.”

Television and cinema, Hulík believes, have a unique power to create understanding of and sympathy for even the most strange or unlikeable characters. “By creating a character that’s such a horrible woman at first sight, you will then get to know her through the story so that, by the end, you are not going to judge her as easily,” he adds. “That was my goal.”

As the story unfolds, the accusations against Hana lead to her being jailed. But Hulík didn’t want Suspicion to turn into a police procedural. Instead, the camera sticks with Hana, the writer being inspired by other similar series, most notably Peter Morgan’s The Lost Honour of Christopher Jefferies. Based on real events, that series explored what happened when the media spotlight fell on a retired schoolteacher questioned by police as a murder suspect.

“But unlike Christopher Jefferies, which spends a fair amount of time showing how the title character is processed by the system throughout the investigation of his case, we didn’t want to devote so much space to that aspect of the story,” Hulík notes. “Rather, in the moment when Hana is arrested by the police, we show the impact it has on the other characters – what it means for them, how easily they are swayed by the media and public opinion, and the ease with which they condemn Hana without any clear evidence.”

Those other characters include Hana’s daughter Tereza (Denisa Barešová) and a lawyer who decides to take on the case, both of whom are used to guide viewers through the rest of the story. The relationships between the characters also serve to build tension through the series, with Hulík hoping viewers will wonder how the characters feel about Hana and how they might be responsible for what happens to her.

“We give the audience hints that maybe some other nurses or the doctor might be complicit in what happens to Hana, so you constantly have this doubt,” he explains. “You are not sure who really did what. And of course, Hana herself is such an impenetrable character that you can never be sure what she’s really thinking and what she’s capable of.”

Much of Hana’s ambiguity is down to Klára Melíšková, who plays the nurse and commands the screen with an enigmatic performance that only draws you further into the story. “She emanates this strange sense of energy,” says Hulík. “She’s wonderful. It was a total transformation on her side, because when you know her, she’s such a lovely person to spend your time with. She’s smart and funny. She also completely changed herself visually.

“I did my best to lay the foundations of the character on the page, but what Klara was able to bring to it was truly magnificent. She’s able to express with a single look something I would never have been able to express on the page. It’s a true blessing for a writer to have an actor like this, to lift your character. From the very first moment of the audition, we were sure she was the one. She was just sitting there, looking at us with this stony face, a poker face, and you didn’t know what was going on behind this face. It felt so attractive to us; it was such a mystery.”

As part of Nutprodukce, the Prague-based production company that also made Wasteland and Burning Bush, Hulík was able to follow Suspicion from development to its premiere in Berlin and at every stage in between. He was supported on that journey by Blaško, a director fresh out of college when he joined the project.

“We saw his student movies and thought he was a great talent, so we decided to offer him this,” Hulík says. “I guess he considered this an opportunity for himself to move on in his career, and his commitment to the project was extraordinary. We are grateful to have him.”

As for writing the scripts, Hulík took on the job himself after spending a couple of months researching the subject matter. Once he knows the specifics of a series, he writes perspectives for each character and finds the best angle to tell the story.

“I consider the research my homework in a way – it’s important to make the story feel as authentic as possible,” he says. “The audience may not be able to tell which particular detail doesn’t fit. But with their sixth sense, they will unmistakably sense if something is wrong, and at that point they will stop believing the story itself. As an author, I can’t let something like that happen.”

But what makes Suspicion a story that, like Burning Bush, Hulík will still be thinking about in another 10 years’ time? “When something really bad happens to you in your life, we tend to consider it as a failure or a disaster, but I wanted to show that sometimes the worst things that happen to you might actually be blessings in disguise,” he says.

“I hope what Hana goes through may serve her in this way, for her and for her daughter. They have a very complicated relationship throughout this show and, by going through this hell together, they are able to re-evaluate their relationship and find out what is important for them.

“This was something I really wanted to show and to remind the audience that there is always an option to change our lives for the better, regardless of the circumstances.”