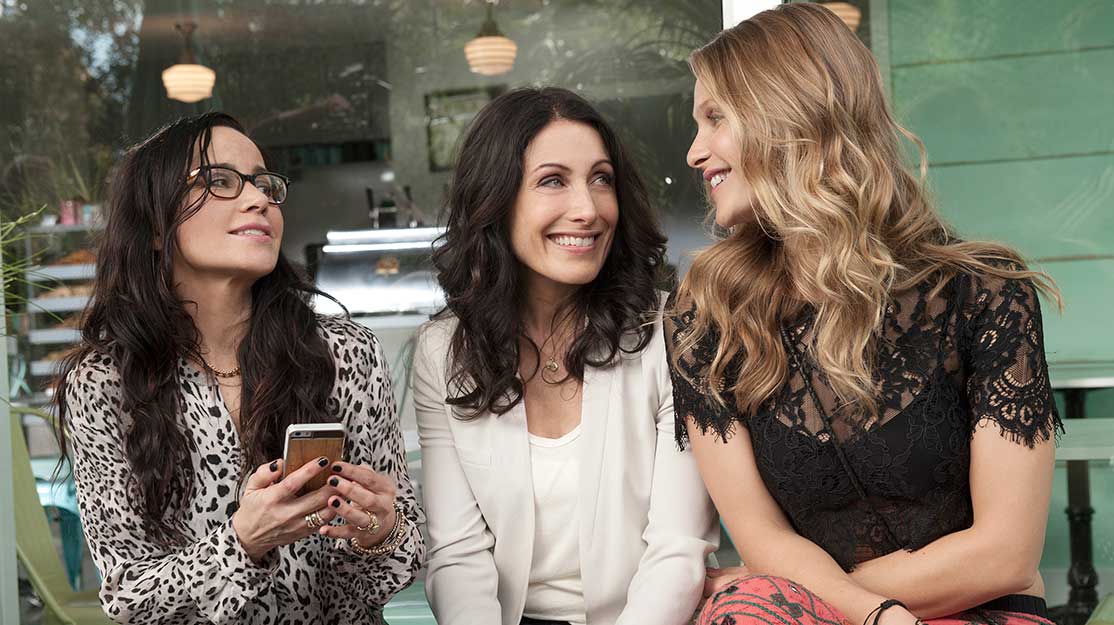 As Girlfriends’ Guide to Divorce heads to the UK, Michael Pickard speaks to its star and creator about sexual politics and new opportunities for strong female characters.

But with a string of credits on shows including The West Wing, Ally McBeal, Scandal, Castle and The Good Wife, Lisa Edelstein is now heading the cast of the first original drama to air on US cable network Bravo.

Girlfriends’ Guide to Divorce stars Edelstein as a self-help book author who shocks the world when she reveals her seemingly perfect life has been a lie after separating from her husband. As a newly single woman in her 40s, she turns to her divorced friends to help her confront some unexpected and life-changing experiences.

Executive produced by Marti Noxon, the series is based on the best-selling Girlfriends’ Guide book series by Vicki Iovine – with episode titles such as Rule No 174: Never Trust Anyone Who Charges by the Hour. The show is produced by Universal Cable Productions and NBCUniversal International Television Distribution is handling worldwide sales.

The series was originally pitched to Showtime, but the premium cable network let it pass and Girlfriends’ Guide instead landed at Bravo, where it debuted in the US in December 2014. Edelstein is now back on set for season two, with production on 13 new episodes due to wrap in mid-November.

Speaking to DQ ahead of the show’s launch on Lifetime in the UK, Edelstein says the opportunity to play a woman her own age as the lead in a romantic comedy-drama was previously unheard of.

“It’s such a cool experience,” she says.  “This show is a drama about funny people, that’s how we put it. It’s about people who themselves are funny but the story itself is very real and deep.

“I love the mistakes that she makes. I feel like I made a lot of those mistakes myself when I was much younger because I did the opposite of this character, I stayed single for a very long time and then got married in my 40s, and she’s single for the first time in her 40s. She’s making a lot of rookie mistakes.”

Girlfriends’ Guide is one of a number of series across US television now pushing strong female characters into leading roles. Another example is Lifetime’s UnReal, which was co-created by Noxon.

“I love it, it’s so fantastic,” says Edelstein of this trend. “The stories are so interesting and compelling and they just haven’t been told.

“I would never imagine this opportunity at this point in my life when I started. I didn’t see an opportunity like this until a year before I got this job but now it’s just part of the world. It’s because there are so many more outlets now that they have to break through. You can’t do the same thing as another network. Everyone’s more competitive and the result is better quality shows, better quality scripts, and things that would never have seen the light of day because they are too edgy or different now get a chance and get to shine.”

Edelstein adds that she had no qualms about joining Bravo’s first original drama, describing it as “the network’s baby.”

“It still has enough of the glamorous aspects that people are used to seeing on Bravo, but then the stories themselves are a lot truer when you’re in a scripted drama than when you’re in a reality show,” she explains. “People relate in a much stronger way. They’re not just laughing and pointing at people like they do when they watch reality shows; they get to go inside a story and relate it to their own experience. That’s something Bravo was really itching to do and they’re an incredible network to be on because they’re so excited about this move that they’re very supportive. It’s been a wonderful experience.”

Following a career that included working on shows such as Mad Men, Grey’s Anatomy and Buffy the Vampire Slayer, Girlfriends’ Guide marks Noxon’s first show where she is billed as the creator. She says a big part of Girlfriends’ Guide is appealing to a specific audience – working women.

“Television has changed so much,” she says. “There’s so much more opportunity now. When you’re working at networks, there are layers and layers of bureaucracy but so much of that is simplified in cable. I’m also able to write stuff that’s much more specific.

Noxon says she never considered writing a show particularly for women, but just about her experiences and those of her friends: “The idea of the show came from two places: myself and other friends who had all been through divorces so we all had lots of stories, and Vicki’s story was also so compelling. She made her money writing advice books for women. While she was on a book tour, her marriage broke up while she was out there pretending she had this family she could hold up as an example of how to do things right. For me, that was the best kicking off place for a show.

“There’s a lot of stuff that happened to me – in episode three, Abby (Edelstein) gets her fingers stuck in a window and she’s alone in the house and that happened to me. I remember thinking, ‘Wow, I’m really divorced because there’s no one here to help me.’ Lots of things are based on things that really happened and we continue to do that. Going back out in the world as a single woman in your 40s is no picnic.”

Those experiences are also where much of the humour in Girlfriends’ Guide originates. “The comedy comes from real situations. We don’t write jokes,” Noxon explains. “It’s about people who happen to be funny in funny situations. They can comment and editorialise on their own experiences as people do in life. Sometimes the worse things get, you have to find a way to laugh about it, so I think it’s a good fit for me. I don’t like forced humour but I love it when it feels organic to what you’re writing about.”

Inspired by Iovine’s self-help books, Noxon says she was interested in exploring sexual politics and how the dynamics are changing between men and women, both at home and at work.

“If you talk to women across the world, a lot of women have to work full-time or all the time to help support their families but what’s new in more and more cases, women are earning the same or more than their husbands and that shift is really having an impact, at least on relationships in the circles I run in,” she says. “That to me was interesting – how do we navigate this new world where often its women initiating divorce more than men. Part of that has to be we’re financially able to support ourselves whereas previously the impetus to stay was for financial security.”

But if you think this show is just for women, you might want to think again. Both Noxon and Edelstein say Bravo noted a high number of male viewers tuning into the first season.

“Because it’s called Girlfriends’ Guide, a lot of men got tricked into watching it by their female partners or friends and then ended up becoming just as engaged in the story in the story as the women are,” Edelstein adds. “But men are by no means the bad guys. It’s a complicated story.”