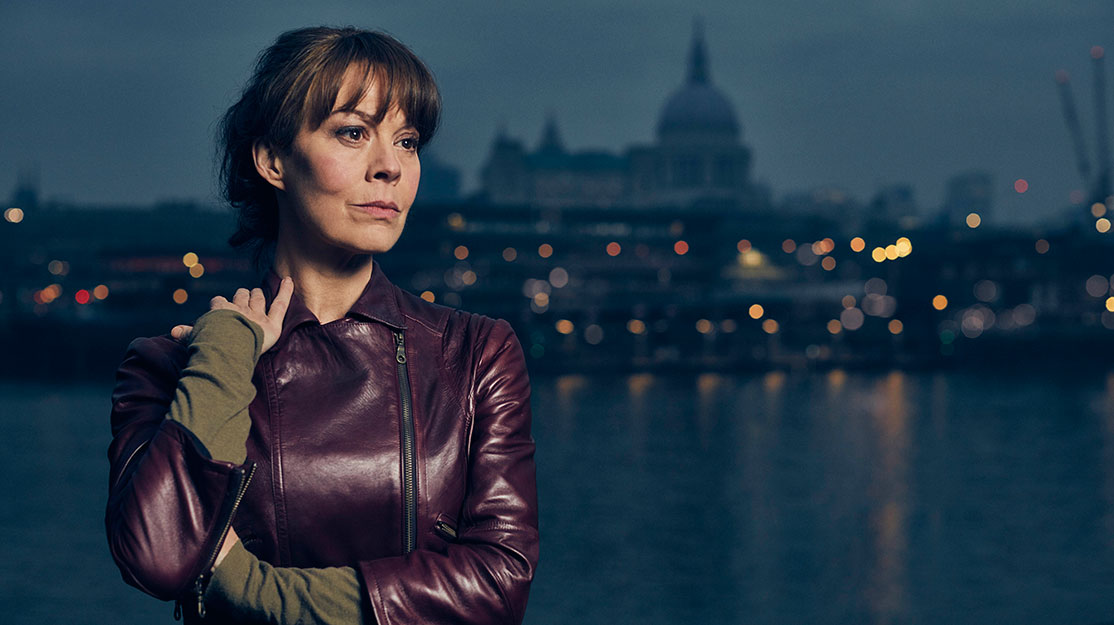 After working on Homeland for the past four seasons, British writer Patrick Harbinson is bringing his own brand of conspiracy thriller back to the UK. He tells DQ the story behind Fearless.

Writing television drama is often a time-consuming and painstaking process, particularly in the UK, where a writer usually pens every episode themselves. Spare a thought, then, for Patrick Harbinson, who somehow found time to write new ITV drama Fearless during breaks from his day job as a writer and executive producer on US thriller Homeland.

Since moving to America, Harbinson has been racking up credits on some of the biggest shows on TV, from ER and Law & Order: Special Victims Unit to 24 and Person of Interest. He joined the Homeland staff for season three in 2013 and is now back in LA on the Fox Studios lot, where he is part of the team prepping storylines for the forthcoming seventh and penultimate season of the Showtime hit.

As such, it’s no surprise that Fearless, which launched last night, has been four years in the making. Damian Timmer, MD of producer Mammoth Screen, had asked Harbinson if he wanted to write a legal series – and while the answer was positive, there were two conditions: it had to be a thriller and it had to be political.

“Fearless took a little while writing because I was doing it in gaps on Homeland but eventually it came together,” Harbinson says. “I wanted to do something quite different from the work I’ve been doing for the past few seasons, so we’ll see how people respond to it.

“This first season very much achieves what I wanted it to in terms of it apparently being the story of an ordinary miscarriage of justice with a crusading solicitor at the heart of it – the sort of thing we’ve all seen dozens of times before – but I just wanted the scope and depth of the show to extend and surprise as the story unfolds. [Director] Pete Travis and I were always in total agreement that we wanted to take the type of paranoid thriller we all love from the 70s and 80s and put it in a modern British context.”

Firmly believing there has been a miscarriage of justice, Emma is determined to reveal the truth behind Linda’s death and is prepared to go to extreme lengths to discover what happened and free Kevin. However, as Emma digs deeper into the case, risking her career, personal life and reputation, powerful forces within the police and intelligence services seek to stop her uncovering the truth.

Fearless could so easily have been a traditional courtroom drama, with Banville’s determination to clear her client setting up a tense finale. But Harbinson specifically wanted to avoid that scenario and to take the story further, as will be clear to viewers at the end of episode one when counterintelligence officials from both the UK and the US enter the fray.

“I worked for more than 100 episodes on one of America’s most successful legal dramas, Law & Order: SVU, which for many years dominated the ratings. Even in repeats it was squashing the opposition left, right and centre,” Harbinson notes. “I knew how effective a courtroom drama could be as a drama tool, but we joke in the [Homeland writers] room about the tropes of the legal procedural – ‘objection, your honour!’ I know they’re necessary, but I didn’t want to do that because there were more complicated, interesting and less resolvable stories to tell.”

In fact, the first story Harbinson pitched ITV was turned down, so he went back to the drawing board. The writer had once interviewed Stefan Kiszko, who wrongfully spent 16 years in jail for murder, and he became fascinated by his case, which subsequently inspired the scenario facing Fearless’s Kevin Russell.

“Looking at [Kiszko] and talking to his mum and the solicitor, I understood why the police thought they had the right man,” Harbinson recalls. “It was just a fascinating view into the police mindset. You hear so often from police officers that ‘my gut my tells me this,’ and often they’re right. But sometimes they’re horribly wrong and once a mistake has been made, the human instinct is to either justify or hide the mistake.

“I liked that as a way into the story. And I knew by the timing of the crime [in 2003], I would be able to build around it the conspiracy I wanted to write about, which involves the police cover-up and political interference, from both the UK and the US. I had the starting point and, from there, everything flowed.”

Banville’s search for justice leads her into the murky world of the intelligence services on both sides of the Atlantic, and specifically the stretch of time in the lead-up to the Iraq War, which is when the story’s murder takes place.

“This is where the abuse of justice – the tragic fates of ‘little people’ Kevin Russell and Linda Simms – becomes a symbol for the abuse of power,” Harbinson explains. “It’s only when Emma joins with the police, whom before she has so bitterly fought, that she’s able to hoist her formidable enemies on their on petard and achieve some sort of justice for her client.

Referencing the recent terror attacks on UK soil, he continues: “People will argue about this and we may wade into some flack, which I will happily answer, but there’s a direct correlation, in my view, between the atrocities of Westminster Bridge, Manchester and London Bridge and decisions that were made in late 2002 and early 2003 [in the run-up to the Iraq war]. We are suffering from the deceptions and misplaced ambitions of politicians.”

At the heart of the series is Banville, who is presented as a character who is always asking ‘what if?,’ often in the face of authority.

“The first series goes into enigmatic detail about what happened to her in her life that makes her question the version of events given to her by authority – her teachers, parents, the police, politicians – she is someone who must always ask questions,” Harbinson says. “And that’s what I do as a storyteller when I’m looking at my own work and when I’m watching news or reading historical fiction. We spend all our time doing this on Homeland, speaking to people who are involved in things, asking ‘what if?’

“So that’s Emma, that’s who she is and why she often finds herself out on the edge of a very thin branch, defending the indefensible. And Helen’s the sort of actress who can actually catch that crusader element without being shrill or worthy. She’s a warm, passionate actress and she brings this incredible life to it.”

Harbinson kept everyone guessing how the story would play out until he delivered his final script. In fact, it was only after the writer had penned the first four scripts and McCrory had been cast in the lead role that ITV commissioned the series.

He has known McCrory for several years thanks to his working history with her husband, former Homeland star Damian Lewis. While she wasn’t the only actor considered, McRory had been in the mix from the start – and when she was approached, she decided to take on the role over a planned reunion with Lewis in New York.

“It would be quite easy for this piece to be worthy and it was important to have an actor with that sense of humour, that warmth that she’s got,” Harbinson says of the star. The writer was also keen to work alongside director Peter Travis, whose “relaxed, strange” style Harbinson believed would be perfect for the project.

“We spent a lot of time on the phone together,” Harbinson says of working with Travis. “We didn’t want anything too stylised or too beautiful; we wanted it to feel paranoid. If you watch where his camera is, it’s really quite interesting what he does. When you need him to, he can shoot conventionally – it’s always handheld, but the coverage can be conventional. But there’s always a camera in his scenes [that acts] like a viewer from somewhere else. I knew he could do that and I loved the fact he did.”

Working in LA during Fearless’s UK shoot, Harbinson stayed closely involved by watching the dailies and holding regular conversations with Travis and McCrory. But those on set would have been left in no doubt about the writer’s intentions after reading his scripts.

“I’m very descriptive. If you’d read the scripts, you’d see the show,” he admits. “That’s not to say it doesn’t change – locations change, weather changes. In post-production, you might realise something just isn’t working so you have some ADR [re-recorded dialogue]. No plan survives first contact with the enemy, but when you’re reading the final drafts, you should have a pretty clear idea of what it’s going to look like and sound like. That’s really important.”

Ultimately, Harbinson just hopes to entertain the audience. He teases the prospect of more seasons of Fearless to come. “There’s nothing like a good thriller and not quite knowing what’s happening next,” he says. “Some of it’s played in the open in the sense that the audience knows more than the heroine; some of it’s played closed and neither she nor the audience knows what’s going to happen. I just love telling complex stories that force you to question certain assumptions.”

Now back working on Homeland, Harbinson recently joined his fellow writers on their annual pilgrimage to Washington DC, where they meet spies, investigative journalists and others to find out what’s happening in the world that may inform storylines for the forthcoming season. Then there’s the question of whether Donald Trump’s presidency will also influence new plotlines when the show returns in early 2018.

“A lot of people have had this problem – the people who write [HBO political comedy] Veep were saying Trump makes things very difficult,” he reveals. “We’re not airing until February next year so if we try to be clever [and anticipate Trump’s actions], we’ll get fucked. We just have to stay true to the stated minds of the characters as we left them last year.”