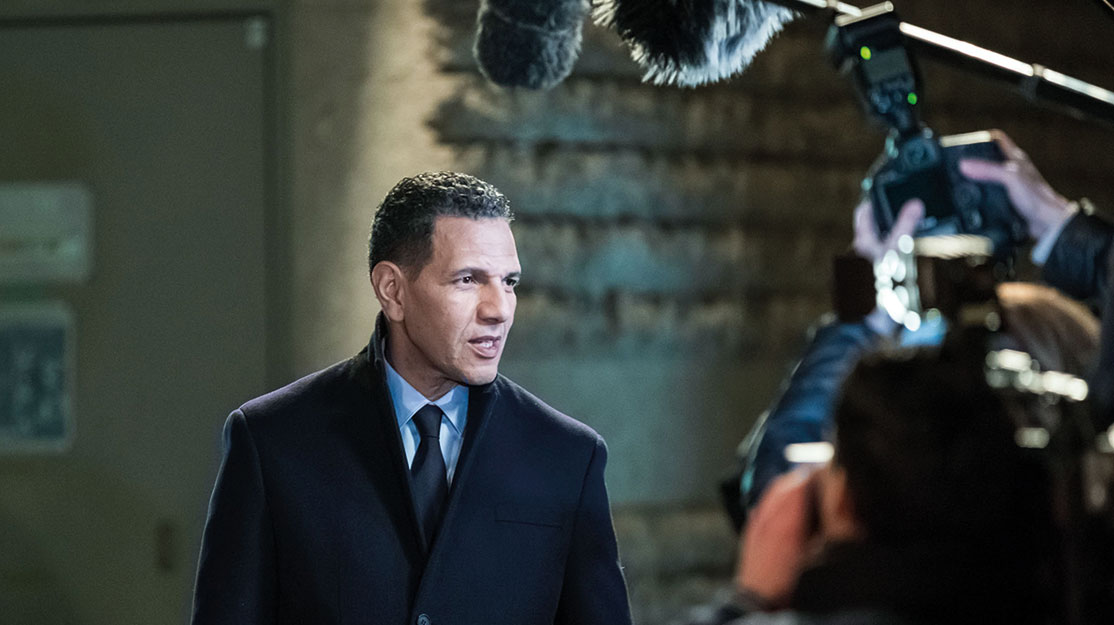 Co-creators Sabri Louatah and Rebecca Zlotowski recall how they partnered for French drama Les Sauvages (Savages) and highlight an opening scene that sets a clash of religion, culture and family politics in motion.

Les Sauvages (Savages) opens in present-day France, where the first presidential candidate of Algerian descent is on the brink of power. But on the night of the election, he is shot, creating turmoil for two families and throwing the entire nation into disarray. Co-created by French author Sabri Louatah and director Rebecca Zlotowski (Planetarium), the series is based on Louatah’s four Savages novels. It is produced by CPB Films and Scarlett Production for Canal+, with StudioCanal distributing.

Rebecca Zlotowski: Savages deals with six days in the life of France, from day one when a president of Algerian origin is elected against a very tense background. He’s the victim of an attack and we spend six days between a family tearing itself apart and the country tearing itself apart. The story is about dealing with a new kind of French identity and authenticity.

Sabri Louatah: Coming from literary writing to screenwriting, I wanted to adapt the books myself. Even when I was writing the novel, I was longing to adapt it. But alone, I had only managed to write the pilot. When Rebecca came on board, she had just finished Planetarium (The Summoning) and she was looking for another project.

It was great to work with a movie director and I was a great admirer of her work. We met in New York and spent a lot of time working there. We did a lot of talking, debating and fighting. We fought over our experiences of immigration, so we had a lot of things to share and debate. It was very enriching.

Zlotowski: Those talks were the very beginning of the project. When I jumped in, I knew Sabri’s work because his novels are bestsellers in France. When the producer gave the project to me, I was stunned by the pilot. I really wanted to bring myself into a genre film, and the richness of the material and the layers in Sabri’s work excited me to give ideas and use casting to find new and emerging faces. When I met him, we had talks about identity and, as we were talking in another city, in another country, we knew those subjects were pretty universal.

Louatah: I live in the US; I moved here after writing the first novel in the series. Rebecca was kind enough to come several times to work with me. Being in this American, multicultural atmosphere, it shed a new light on the issue of identity.Often when you talk about a country and you’re not in it, you have a more acute vision of what’s going on there.

Zlotowski: The challenge was to bring together all the characters in an authentic way. You have to have an access point for each one, but with a TV series, the danger is you can lose the audience with a lot of plot.

At the wedding, Fouad brings Jasmine with their bodyguards, so it feels like there’s a gap between him and his family. Then you see the bad brother, Nazir, take all the attention. The thing with Savages is you know something is going to happen, so it’s suspenseful. Then at the end of the first episode, you see what happens. What interested me most in writing the first two episodes is how you catch the attention of the audience, because they know what happens – it’s not a mystery.

Louatah: There’s one movie we both love and talked about, The Deer Hunter, which starts with a long and sprawling wedding scene that’s not unlike the one we did. Ours is much shorter, but a third of the movie is just presenting the characters and making the viewers love them so they will care for them. We have lots of characters, so we wanted to get the viewers hooked from the first episode – not just on who shoots the president but what’s going to happen to them.

Zlotowski: It creates its own super-exciting challenges as a writer and as a filmmaker because, even for the characters, everyone knows. We make it pretty clear that Nazir is the villain. I love those shots of him at the wedding when he is carried in triumph on the shoulders of the others. It’s a great way to show the villain and his supremacy over the others. It’s a very striking sequence. I feel like you see all the themes of the series in there.