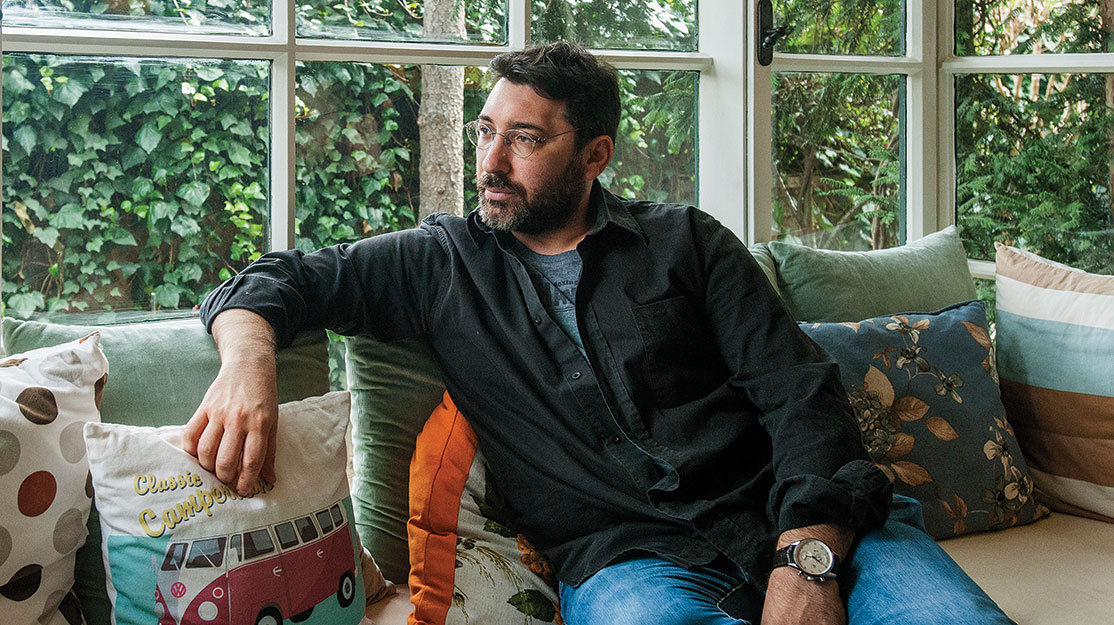 Before Kerem Deren (pictured above) and Pinar Bulut came along, writers rooms were unheard of in Turkey’s prolific TV drama industry.

The two scriptwriters set up Yazi Odasi – which translates as ‘writers room’ – in 2014.

Individually and jointly, Deren and Bulut have been responsible for several high-profile dramas with major domestic and international fame. Top of the pile is Ezel, widely regarded as a game-changer in storytelling terms for Turkish drama. The thriller ran on Show TV and then ATV from 2009 to 2011, won several awards, sold worldwide and has been picked up for remakes by Fox Network Group and by Televisa for Latin America.

Close behind in terms of success is Suskunlar. The crime drama, which aired on Show TV in 2011, has been remade stateside as Game of Silence for NBC, which launched it last month.

There are other breakthroughs with Deren and Bulut’s names attached. 20 Dakika (20 Minutes), made by Ay Yapim for Star TV in 2013, was another boundary-pushing crime drama with a faster (more Western) pace of scriptwriting. It also earned lead actress Tuba Büyüküstün an International Emmy nomination.

Last year’s romantic drama Maral, for TV8, was the first to be created within Yazi Odasi’s present structure and there have been a handful of projects since, among them Uçurum (Abyss), hard-hitting drama on human trafficking that aired on ATV in 2015.

One would think that being a successful scriptwriter in what has now become the world’s second largest drama industry after the US, with exports worth up to US$300m, would carry some clout. But this isn’t the case, say Deren and Bulut, who believe Turkey’s drama production sector operates in a system that needs many changes.

The biggest issue for scriptwriters in Turkey concerns creative control and IP rights, they say, which reside with the broadcasters and producers, largely to the exclusion of writers, actors and other production talent.

“Yazi Odasi was set up because we wanted to have more creative control, a more organised say about the stuff that we get to write and how writers deal with producers,” says Deren. “In Turkey, the head of the production company usually decides everything. That’s basically the system here.”

Deren also says the country lacks a screenwriting culture. “A mentor relationship hasn’t really been cultivated in that sector, so there are very few of us and, as such, the good ones are always in work.”

But a project really starts with the writing, he stresses. “If it’s a TV series, you’re involved for, say, three years and it’s hours and hours of work. It’s good to have the project designed according to what the writer thinks. In our experience, that’s always beneficial to the show, and it works better than the system we have in Turkey right now.”

Turkey’s drama sector is dominated by a relatively narrow range of family-friendly serials and pumps out around 100 titles per year. However, it’s creaking under the strain of a ratings-driven primetime schedule that demands one feature-length drama episode per night from each of Turkey’s eight mainstream broadcasters. Some industry figures have been querying its sustainability.

For those involved in the production process, it means 15-hour days to deliver 120-plus pages of script each week for the duration of a series’ run. The demand from broadcasters is such that many shows are accepted by channels without scripts and go ahead without pilots.

Deren talks about a sector in creative crisis. Far from experimenting, the fierce competition and potential loss of ad revenues has made broadcasters risk-averse, with little scope for a wider range of storytelling and drama formats. The system is also creating a degree of self-censorship among writers and producers.

While Turkish productions don’t formally use a showrunner system, Deren says they essentially follow the model in practice: “We were actually the showrunners on every show we did in the sense that we were really influential in deciding on things like the acting. The system wasn’t organised that way and we didn’t have the authority, but we were the ones practically running it, and that’s pretty much why we set up Yazi Odasi.

“I don’t know that we’re ‘pioneers,’ but we’re the only ones structurally and organisationally with a writers room,” Deren continues, adding that he expects his setup will be Turkey’s only one of its kind for at least a couple more years yet.

Yazi Odasi looks well placed to benefit from what is surely set to be an interesting period for Turkish drama. Netflix has just launched in the country and several broadcasters are lining up or revamping SVoD services, among them Star and Doğan’s BluTV.

Yazi Odasi has gone through an extensive preparation process in the last year-and-a-half, says Deren, recruiting aspiring writers through several workshops and a national scriptwriting competition.

That time was also spent explaining Yazi Odasi’s model to the sector. “In Turkey, production company heads are usually the leaders of every TV drama,” says Deren. “We are not used to a method where the creative team is behind the wheel. It is a symptomatic problem underlying the organisational troubles the sector is currently in. We believe Yazi Odasi is a cornerstone in overcoming these problems by placing the creator right in the middle of the creation process.”

Yazi Odasi’s uphill battle seems to be paying off and it now has several Turkish drama projects in the pipeline, as well as two international shows.

The Turkish programmes include an as-yet-untitled romcom for Star TV to broadcast in June. Together with prodco Limon Yapim, Yazi Odasi is also developing a comedy detective series based on Peyami Safa’s books about fictional detective Cingöz Recai. No channel has been confirmed but the project is expected to be ready by September. Also in the works is a romantic comedy set in the music industry, which Yazi Odasi is developing together with prodco Sureç Yapim and is currently discussing with Fox TV.

Yazi Odasi is also well underway with its next ambition – securing international partnerships. It has two projects in the early development stages with as-yet-undisclosed US partners, with Deren describing one as “our Trojan horse, something we believe will change the way TV dramas are structured in Turkey.” He expects it to come to fruition in a year’s time.

“Turkish broadcasters and producers are not taking the necessary risks to develop a wider range of storytelling,” Deren continues. “I don’t think this is going to change without some international injection from other parties and other distribution. That’s the only way to counteract it, and that’s about to happen.

“What our sector deems risky, we find full of opportunities. We want to tell these untold stories simply because if you build them well, they make great cinema. We want to break the creative barriers that keep these great stories unappreciated.”

The Yazi Odasi team intend their setup to become much more than just a base for new projects. “We want to take some crucial steps not just for us but for the whole sector,” says Deren. “The first is to create and maintain an international hub between creators, and between production companies and creators.

“It is very hard for even an established Turkish screenwriter to access the global network. We carefully craft our contracts ensuring our writers’ artistic freedom, always looking out to project their rights. We attend festivals and seminars to create a network our screenwriters will benefit from. We take on the work of agents only for Turkish screenwriters, so that we can represent them in a way that is both to their advantage and always has an eye on international communication.”

Another critical step is education, adds Deren. “We’re constantly setting up workshops to that end. This year these workshops will be international, allowing creators from everywhere to get together and spread the seeds of global alliance.

“The basic idea is this: we, as screenwriters, have a lot of good stories to tell but not the venues where they can be heard. We want them heard all over the world.”