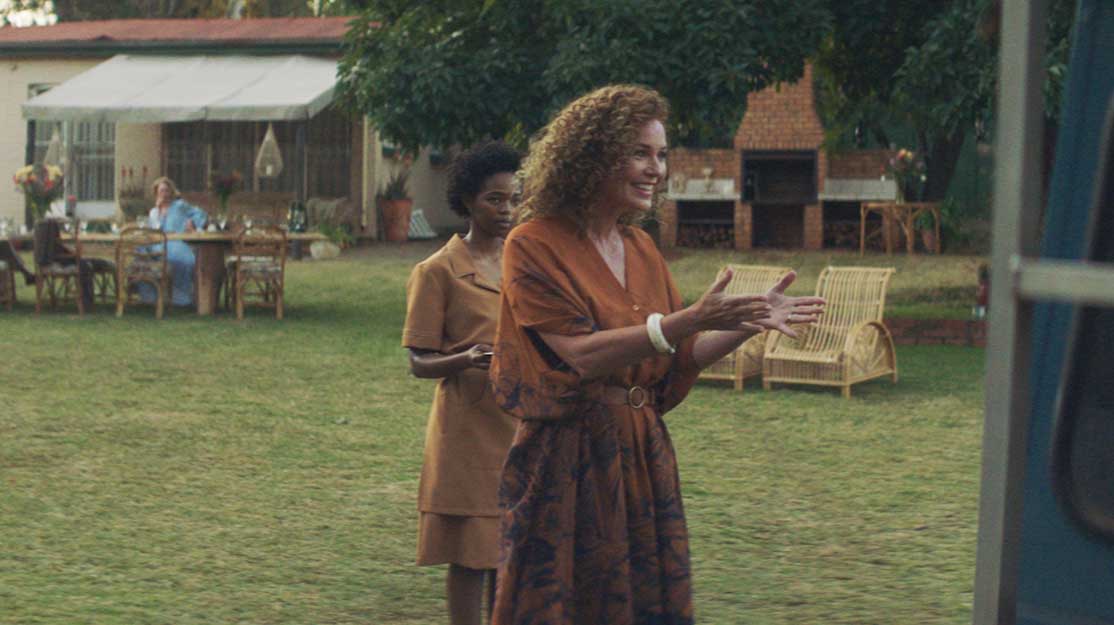 Piv Bernth, the former head of drama at Danish pubcaster DR, and producer Karoline Leth reveal six things we need to know about forthcoming drama Liberty, about a young boy who moves to Tanzania with his parents. The series is produced in-house by DR and is distributed by DR International Sales.

1. Karoline Leth: Liberty is based on a Danish book by Jakob Ejerbo. Set in the 1980s, it tells his real-life story of going to Tanzania with his parents when he was a child. It’s a very famous book in Denmark and I have wanted to adapt it since it was published in 2009, so when the rights became available, I grabbed them. It’s a story about expats and Scandinavian society. They’re going to Tanzania with good intentions to do good for African people, to help them, but the problem is they’re pressing their own system on people who don’t really need that kind of help. So for me it’s also a story about colonialism, because we tried to do good but we really did a lot of bad things. It’s also about families and what happens to the individual when you’re suddenly in a country where there are no rules.

2. Leth: The book was so prescient, which is something we’ve been talking about a lot. In Denmark, there’s a lot of discussion over why people coming from other countries are always together in a ghetto. And what do we do when we go to other countries? We do the same. So it’s a mirror.

3. Piv Bernth: This is the first time a book has been adapted at DR – it’s been its trademark to do original stories. Many other people have tried to do their own take on this book, but they treated it with so much respect that they couldn’t work with it. You have to love it but also disrespect it to be able to do it – that was the case for us – and when the concept was presented to me, I really liked it. Then, because the final season of The Bridge is only eight episodes, we had the possibility of doing a five-part miniseries, and this was perfect.

4. Bernth: Liberty is brave for Danish drama because its African setting is a totally different environment from what you’ve seen before in Danish series. It takes place in the 1980s and many scenes are quite on edge, with a clash of cultures. It’s the tale of a white boy trying to be black and a black boy trying to be white, and whether that can be done. It’s a good story with some tragedy, a lot of comedy and a very human ending that shows you are what you are, no matter how much you try to be someone else.

5. Leth: We have been filming the show in South Africa, which has been hard, fun and intense. We have been living the theme of the book and series ourselves, as there has been a clash of cultures in that we have experienced two ways of filmmaking. We have been working with a tiny Danish team as well as a South African film crew, and that was fun but also challenging. We had to learn from each other.

6. Leth: The all-star cast includes Sofie Gråbøl (The Killing, Fortitude), Carten Bjørnlund (Rita, Arvingerne) and Connie Nielsen (Gladiator, Devil’s Advocate). We’ve worked with so many beautiful, fantastic and gifted people. It was 10 weeks shooting three episodes together and it’s been quite a thrill. Liberty is coming very soon. Produced by DR and distributed by DR International Sales, the show is due to air on DR1 in February, so we are editing very quickly at the moment. It’s a hectic process but sometimes it’s good too. You have to make faster decisions than you are used to.