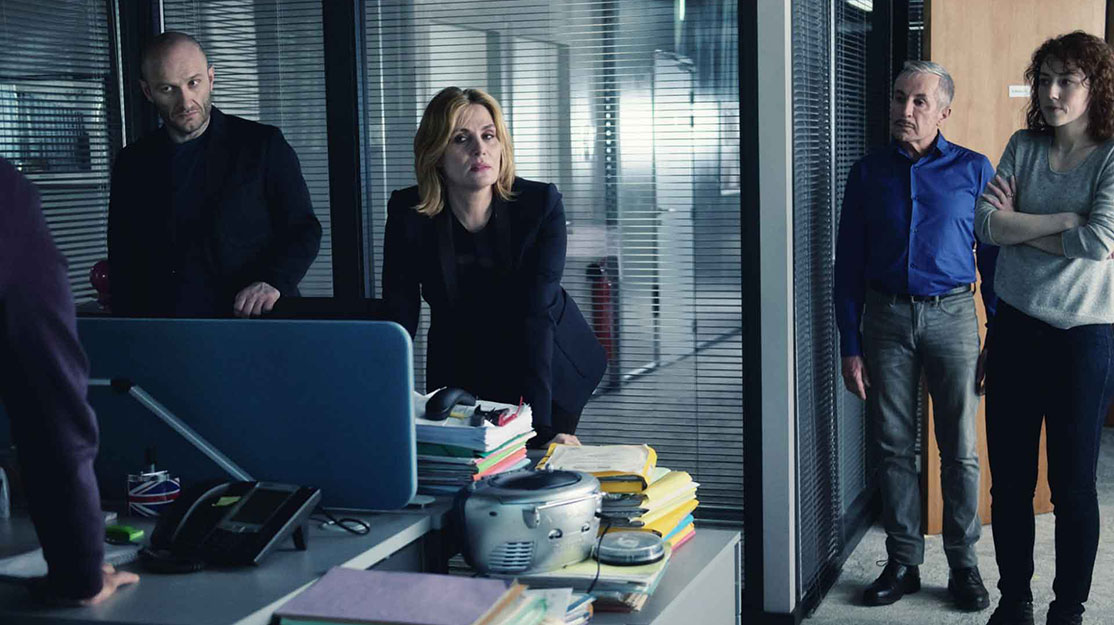 Insoupçonnable writer Virginie Brac explains how this adaptation of British thriller The Fall was reimagined for a French audience.

When BBC crime thriller The Fall first launched in 2013, the five-part series was considered a step up for the genre as it presented events from the perspective of both the serial killer stalking his victims and the detective brought in to catch him.

The show, created by Allan Cubitt and produced by Artists Studio, subsequently ran to three seasons on BBC2 as viewers watched the complex and emotional relationship between Paul Spector (Jamie Dornan) and DSI Stella Gibson (Gillian Anderson) as the hunt for the killer reached its denouement.

Known for its blend of compelling psychological story and slow-building tension, the mystery lay not in whodunnit but ‘whydunnit,’ and its success led to a French remake, Insoupçonnable (Unsuspected).

In the TF1 version, criminologist Chloé Fisher (played by Emmanuelle Seigner) is sent to Lyon to investigate the murder of Alice Moreau, the daughter-in-law of powerful local MP Damien Moreau, when a second murder quickly confirms her theory that a serial killer is on the loose.

On the other side of the city, psychiatrist Paul Brodsky (Melvil Poupaud) is a loving father with a terrible secret – he’s a serial killer.

Here, screenwriter Virginie Brac, with a contribution from producer Jean Benoit Gillig, talks to DQ about remaking The Fall and how the original series was translated for French audiences.

How did you first become involved in Insoupçonnable?
Virginie Brac: It all started when Jean Benoit Gillig, the producer, called my agent with the project of adapting this very special, slow and dark series for TF1, the biggest network in Europe.

Had you seen the original British version of The Fall? What were your impressions of it?
Of course I had! How could I miss it? I loved it!

How did you approach remaking it for French audiences?
The first thing was I pointed out the cultural differences between the English and French, the most obvious being the police system. I had to make this very British show as French as possible to appeal to the audience here. In our business, we underestimate the dramaturgic power of cultural differences. We tend to think the global American culture will appeal to everyone. I don’t believe that’s the case – it’s just a uniform we put on our shows.

How would you describe Chloé Fisher and Paul Brodsky, the drama’s main characters?
They are two narcissistic antagonists, both very much aware that they’re special, different. They find in each other the perfect opponent.

What changes did you make from the original series for French audiences and why?
We changed the pace. As much as I loved the slow rhythm of the original, it wasn’t for a big network like TF1. Through the views of this beautiful city, Lyon, we also gave it a lightness, an elegance. The French show is also shorter  – 10 episodes for the two seasons instead of 11. And, of course, all the police work, which is much more thorough in the French show.

How would you describe your writing process?
I started every morning checking on Alan Cubitt’s scripts for the scenes I was planning to write. They are so incredibly well written and powerful. Then I would go on with my own interpretation of his story.

Did you discuss your work with him?
Yes. Out of respect for his work, I wanted to tell him why I would change things. We understood each other.

How did you use Lyon as the backdrop for the series?
Series producer Jean Benoit Gillig: We felt Lyon was a strong choice for the adaption as it suits the more mainstream audience of TF1. The city couldn’t be more different from Belfast [the setting of the original].  While it’s just as steeped in history, Lyon is the city of magical colours and light and where cinema was born.

What were the biggest challenges writing the series?
Making it believable without scaring the audience off. Violence on screen is a very sensitive issue for a French audience, so the risk of losing our audience in the first 15 minutes was high. It was a real challenge for TF1, and for me. We treated this issue very carefully and I’m pleased to say the audience remained.

What do you think are the most important things to consider when remaking a foreign series?
Cultural differences, of course. We are not alike, and it’s a beautiful thing!

Watch the trailer for the original series below.