Content chiefs at AMC, Netflix, Showtime, Starz and Bad Robot will speak at C21 Media’s Drama Summit West, which takes place in LA on Friday May 19, bringing together the global scripted business to facilitate new productions and partnerships.

The one-day summit, which occurs between the Upfronts and LA Screenings at The Ebell Theatre in Hollywood, will focus on ‘new drama, new models,’ bringing partners together around a creative conference, festival and networking agenda with a view to helping facilitate next-generation relationships.

They will discuss the state of the US market and their respective 2017 slates, which include Loaded and The Son (AMC); Twin Peaks, Billions and Homeland (Showtime); and American Gods, The Girlfriend Experience and The Missing (Starz).

Entertainment One Television CEO John Morayniss joins a panel of industry leaders discussing the big questions ahead in US scripted television and creating premium scripted series, which include the forthcoming Sharp Objects starring Amy Adams for HBO; Ransom, from executive producer Frank Spotnitz for CBS/Corus/TF1/RTL; Foreign Bodies for E4; and Havana, starring Antonio Banderas for Starz, among many others.

Marti Noxon, showrunner of Sharp Objects, and execs from from Lionsgate, The Ink Factory, Color Force and TV Globo will also speak at the event.

Noxon, whose other credits include UnREAL, Glee, Mad Men and Buffy the Vampire Slayer, will join a panel of writer-producers discussing the evolving entrepreneurial role of showrunner in the changing TV landscape. Sharp Objects, an adaptation of Gillian Flynn’s bestselling novel of the same name, is being directed by Jean-Marc Vallee (Dallas Buyers Club, Big Little Lies) and produced by eOne. 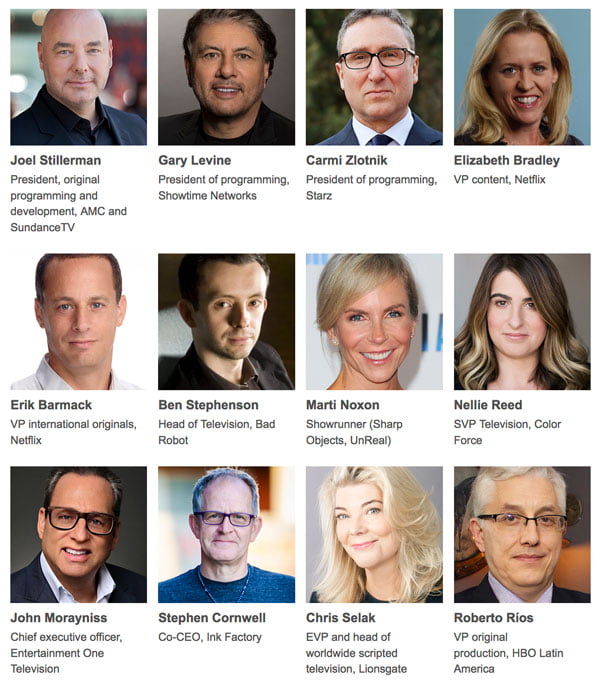 Further speakers will be announced in the coming weeks.

This year will see the addition of a Drama Summit West Networking Lounge where delegates can reserve meeting tables to use throughout the day.

The 2016 event sold out, attracting more than 500 top-level executives.