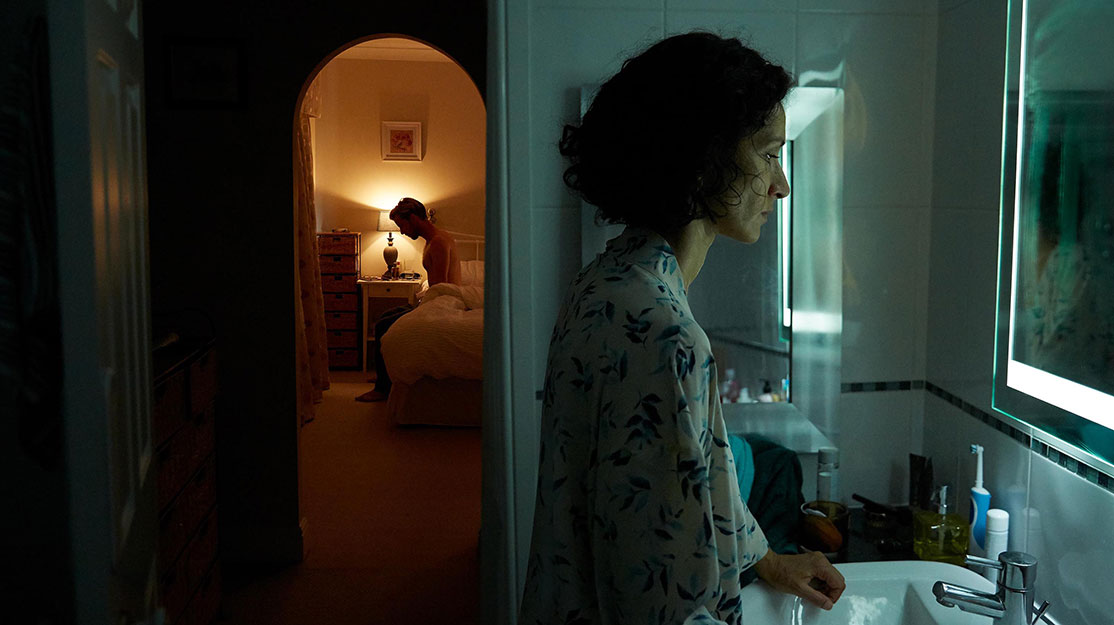 Channel 4’s one-off drama Unspeakable follows a mother investigating whether her new boyfriend is in an inappropriate relationship with her 11-year-old daughter. Filmmaker David Nath and stars Indira Varma and Luke Treadaway discuss a story lifted straight from the headlines.

You’re a divorced woman in a new relationship with a handsome younger man when an anonymous text arrives on your phone, saying: “There is something going on between your boyfriend and your daughter.” Then a second text arrives: “It’s not right.” What do you do?

Do you approach your new boyfriend, knowing that if you are wrong he will be appalled that you even suspected him? Do you ask your 11-year-old daughter – and if so, how? These questions are at the heart of Unspeakable, a new one-off drama for Channel 4.

Created, directed and produced by Bafta-winning documentary maker David Nath of Story Films, a production company he set up with fellow journalist Pete Beard a year ago, the story could not be more current. Indeed, the project came out of several news stories in which accusations both real and false have been levelled against people from anonymous sources.

Nath is best known for his documentaries including Bedlam and The Murder Detectives, but he decided this story was best told via a drama.

“It’s fictional but this is based on real stories that have happened,” says Nath, who made his first drama, The Watchman (also for C4), just a year ago. “The consequences of a sexual allegation are quite terrifying. Initially I did look at making a documentary about it, but it became clear quite quickly that it wouldn’t be possible. The anonymity would have made it difficult, but even if you had got past that I felt the power in these stories is when the protagonist – in this case a woman – goes through a period of uncertainty, where she questions everything. That is difficult to represent in a retrospective film; I wanted to show it as it was happening.

“It was based on a real story I heard where an allegation had been made from an anonymous source and there was this window where the mother didn’t know what to think. In the real story the window was only two hours, but I thought that period of doubt was so interesting. It shows an accusation can completely change your view and perception of someone you think you know.”

Luther and Game of Thrones star Indira Varma plays Jo, the woman who receives the mysterious text message just minutes after dropping her obviously upset daughter and son off to school. The tense 60-minute film, set over 48 hours, is a masterclass in acting as you see her character go through the gamut of emotions as, at first alone and too terrified to talk to anyone about the information she has just received, she tries to figure out what is going on. Once Luke is home from work, she has to work out what she now thinks of him.

“The first third of the film is like an inner monologue representing a journey of increased suspicion,” says Nath. “Uncertainty creeps into terror as every seemingly innocuous thing becomes loaded as she looks for clues. The nature of that accusation is something you would find very difficult to ignore or compartmentalise because of the nature of what it is.

“Once the poison is in there, it is very, very difficult to remove. It has a hold over you. Your mind starts to play tricks and you selectively recall things. I wanted there to be a strong sense of her rattling around her house looking for clues.”

Varma admits she was worried that the first third of the film, being solely focused on her, would be “boring” but she quickly realised how dramatic the situation was. “The nuances are so clever,” she says. “This is someone who wants to stay in control of the situation and not get ahead of herself. She is on this knife edge because she wants to be a responsible parent but she is also a woman who is in love and wants to hold on to her relationship. You see her wrangling with this dilemma and that makes it a very interesting thing to play.”

Nath says he tried to get into the head of how a woman would react by asking female friends, who all said – as the daughter in the story was staying at her already-paranoid father’s house – they would confront the boyfriend. “But they struggled when I asked them how would you confront them, how would you say the words: ‘Did you do this?’”

“What worked so well is that it is all very subtle,” says Luke Treadaway, who plays Jo’s boyfriend Danny. “There is no dastardly twiddling of a moustache. Danny doesn’t know what is going on. He thinks he is having a normal weekend until Jo tells him about the text.

“The thing about the script was even as you get to the end you don’t know what is going to happen. The writing is so subtle that the ending might well have been different.”

During the making of the film, which debuts on C4 this Sunday and is distributed by All3Media International, the team thought deeply about this particular crime. “I have come to think that men have somehow lost the trust of women,” says Nath. “There is an anxiety about new relationships. People who abuse children are manipulators, which is why [Jo] would be so worried. In society there is a presumption of guilt that has to be disproved, which makes the currency of this particular allegation very, very strong.”

Although this is his second short film, Nath says making a drama is very different to documentary-making and admits he found it nerve-wracking. “It’s more exposing,” he says. “With documentaries, you have a small crew and you direct them by being invisible and putting people at ease, while in drama it’s the opposite. You have to be quite demonstrative and everybody from the props to the lighting and the actors all want you to reassure them and make decisions. You can’t hide in any way when you are directing a drama.”

But, of course, dramas also hold plenty of advantages over documentaries – chiefly in that  you are not confined by what you’ve been able to film. “The thing that is the same is that both are absolutely about telling stories powerfully and the best that you can,” says Nath. “In documentary you might not have all the elements; you only have the elements you have been able to gather. In drama you can construct any story you want, so the responsibility is on you tell it perfectly. That is a different pressure.”

But despite Nath’s fears, Varma says she didn’t even notice he was practically a novice. “It’s hard to believe it was his second drama, as he was brilliant,” she says. “He told me that, as a journalist, he can tell what makes a good story, and he was right. And what was particularly brilliant was he was able to articulate what he wanted, which not all directors can do. It’s an intricate story and I felt David let me do what I wanted, but then he would tweak things very delicately. I felt very led. The drama is so precise, but that is also the joy of the piece.”