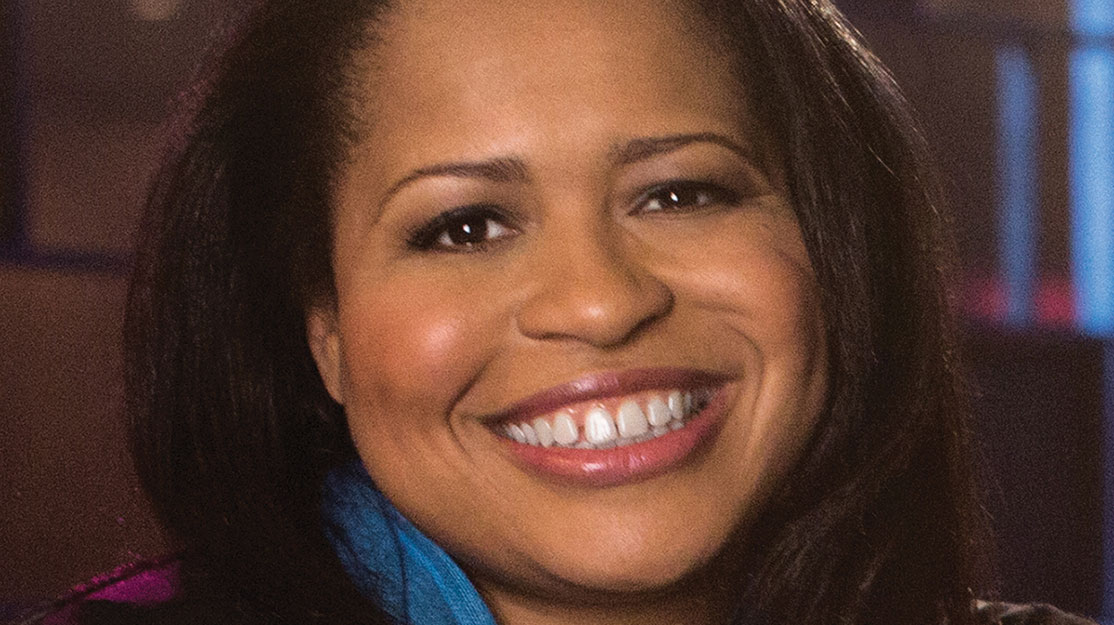 With a third season of her show Power confirmed and the ink still drying on her overall deal with Starz, Courtney Kemp Agboh tells DQ about her transformation from ‘failed’ comedy writer into one of drama’s big hitters.

For someone who started her television career writing for The Bernie Mac Show, Courtney Kemp Agboh (pictured above) is under no illusions about her power to make people laugh.

“I failed miserably,” she admits. “I was not funny. Comedy is not my thing. I sucked. I was terrible. I’m just not funny.”

The impressive ratings opened a remarkable week for Agboh, who signed an exclusive overall deal with Starz just days after the network commissioned a 10-part third season of Power for 2016.

And there was more good news to come. Season two’s finale, which aired on August 15, set a Starz record for an episode premiere, drawing 2.39 million viewers (Live+3). This was also up 51% compared with the first run’s finale (1.59 million) and up 17% on the season two average (2.03 million)

Set between the glamorous New York club scene and the city’s brutal drug trade, Power tells the story of James ‘Ghost’ St Patrick (played by Omari Hardwick), who must juggle his life as a club boss with that as a major player in one of the city’s biggest illegal drug networks.

Kemp Agboh was first exposed to the television industry while working as a journalist. An article she wrote for GQ, titled How to Date a Black Woman, caught the attention of two comedy producers, but the project didn’t move any further. Undeterred, and now with a taste for the business, she wrote a script on-spec for The Bernie Mac Show, landing a writing job on the series in 2005.

“I was very fortunate,” she says. “I moved to LA with no car, no apartment and no job, but I had a husband who had a job in New York and an agent. I was very fortunate because I was able to go to interviews and meetings, and I got a job as a writer.

“I did all my assistant stuff and coffee-getting when I was working in magazines – I had that Devil Wears Prada experience – and because of that I had no attitude. I had been broken down in journalism. It really helped. Then I got in at Bernie Mac and failed miserably.”

With her comedy career put swiftly behind her, Kemp Agboh penned another spec script, this time for CSI: Crime Scene Investigation, which led to her joining the writing staff of In Justice, a short-lived police procedural run by married duo Robert and Michelle King. Credits followed on Fox drama Justice and ABC comedy-drama Eli Stone, among others, before Kemp Agboh was reunited with the Kings on CBS smash hit The Good Wife in 2011.

“That whole time I branded myself as a legal writer,” Kemp Agboh says. “I wrote legal drama for the most part. That helped me to continue to work. I worked every year and kept getting jobs. I was on The Good Wife for three seasons, and there I learned a lot about how to run a show.

“But I was always an action person, I was always someone who liked writing murders and death. The Good Wife isn’t an exceptionally violent show, so all this stuff was just busting out of me.”

It was when fellow Power exec producer Canton spoke to Jackson about doing a “hardcore, hard-hitting, music-driven show” that Kemp Agboh’s name was suggested, and after meeting Canton, she came up with the idea for the series.

She explains: “The main character became a mixture of 50 Cent’s upbringing – South Jamaica, dealing, and getting out of that life – and my father, who was not a criminal, but was a self-made man. He grew up with no money and made himself into this big advertising executive. It was a combo-platter of the two things.”

Kemp Agboh recalls pitching the series to Starz: “It was me and 50 and a ton of people, but I was the only one talking so it was quite scary. I don’t read a pitch; I only go in with cards with a few keywords on them. It’s a performance. You get passionate and excited about it and tell them the story. At the second meeting, 50 brought music so as I was pitching he was playing tracks from the show.”

Power launched in 2014, but despite the show now heading towards a third season, Kemp Agboh says she never anticipated its success. “I try to live my life one day at a time, so the whole process for me has been going in to pitch the show, they say yes; writing the pilot, they say yes; they want a second script… it’s just been piece by piece. As each episode was airing and the audience was growing, I was just trying to be present for its success at each moment and really trying to interact with the fans. I’m thrilled with the response, but I can’t say it’s what I expected. I had no expectation of it.”

What she did expect, however, was the stark difference between writing for a broadcast network such as CBS and a premium cable channel – the former reliant on advertisers and the latter free to flex its creative muscles with added sex and violence. Kemp Agboh says: “In the Power pilot, we start in a beautiful way. There are shots of the city, you see Ghost getting dressed, everything’s gorgeous and wonderful. Then within nine minutes you’re downstairs in the basement and someone’s getting shot in the forehead. That’s the kind of show it is.

“I wanted to show the audience that it’s never going to be what you expect. You are never going to be safe in this show – you can never relax. I’m always going to be pulling the carpet out from under you. I was trying to make a point about storytelling and what we can do on cable that you can’t do in broadcast, and how just because I came from that world, it doesn’t mean it’s the only writing I can do.

“Broadcast is way harder, and anyone who tells you different, I don’t know what they’re talking about. Twenty-two episodes with no real sex and no real violence – forget it. I have to do 10 episodes and I can go anywhere.”

Power marks the first time Kemp Agboh has brought a show to television, but it isn’t her first spell in charge of a writers room. That milestone came during her final year on The Good Wife, when she was able to apply the lessons she had learnt from mentors including the Kings, Jeff Melvoin (In Justice) and Greg Berlanti (Eli Stone).

“What I took from them was that there can be no sexism and no hierarchy in the room, and that the best idea can come from anybody. Those are my rules. I don’t care how many years you’ve been doing this, your idea could suck and a person who just walked into the room to deliver lunch could have the greatest idea of all.

“One of the things I stress is that I don’t pay writers to sit there. I don’t pay for their chair, I pay for their ideas, so I want them. I don’t care how bad they are, they don’t have to be edited. Say whatever. There’s no reprisal for a bad idea. When I interview people for writing jobs, I stress to them if there are areas they don’t like to discuss, such as sex, this is the wrong job for them, because we go there. I want people to have a good time at work.”

But Kemp Agboh says the show simply aims to reflect the modern world. “The world looks like Scandal and How to Get Away with Murder; the world does not look like Friends,” she explains. “And when people put shows on TV now where everyone is white, it looks funny. That’s not what the world is. That’s not what America is. Nowhere is it all one thing, and if you’re going to make TV that’s going to be successful now, it needs to represent what the world really looks like.

“At one point we talked about doing Power in LA, but LA is way more segregated than New York and I didn’t want to do that. I wanted New York to be represented in all of its diversity. People are realising they can make a lot of money by making TV shows that look like what the world really is. At the end of the day, it’s not about black, brown, white, yellow, red. It’s about green. So as long as these shows do well, there will be more of them.”

But while racial diversity may be improving, Kemp Agboh believes it is still difficult for female writers to breakthrough as showrunners. “I believe it’s harder. I have had fewer experiences where I was the only person of colour in the room and more experiences creatively where I was the only woman,” she reveals. “People ask about race and showrunning, but what I think we actually need to pay attention to is women as showrunners.

“Most of the people I’ve worked with coming up the ranks have been men with stay-at-home wives. Most of the high-level writers I’ve met have been men whose wives don’t work, and the idea of trying to run a show and be a mummy – it’s so complicated and challenging because it really is giving birth to two things.

“I’ve decided I’m not going to have any more children because Power is my second child. I can’t do everything. Some people can do more than that, but I think there’s absolutely a trend. The world is full of women, so women have good perspectives on things and can write really well. People are now saying that if Shonda Rhimes can make so many billions of dollars for a network, maybe I can take a shot on this other chick and she might be good too. And that is absolutely happening.”

With Power set for a third run next year, Kemp Agboh is in no doubt that television will continue to tell great stories – at the expense of cinema. “We’re at a really great point in television drama, as there are more places to put content,” she says. “But I would also say it’s because the movie business got so weird. They stopped making middle-of-the-road movies. It’s all about blockbusters now and these very tiny indies. There’s nothing in the middle, so those stories that might have been told as features 20 years ago aren’t being told that way now. Right now, television is where those great stories are being told.”