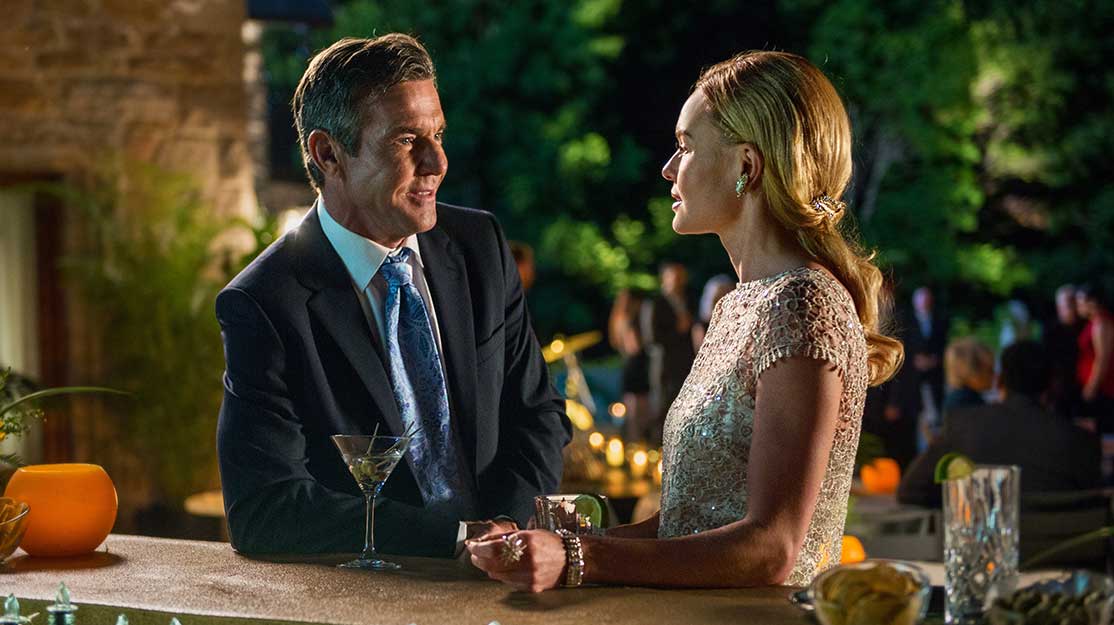 The creator and showrunner of Crackle’s first original drama, The Art of More, tell Michael Pickard why they think they’re working within a model that will become the future of television.

As channels and on-demand platforms bid to win over viewers in an increasingly competitive market, Crackle believes it has the winning lot.

The Art of More, its first original drama, is set in the high-stakes world of New York City auction houses where Graham Connor, a blue-collar hustler, leverages his way into this exclusive realm of premium auction houses by exploiting connections to smuggling rings he was exposed to as a soldier.

“It’s been a wonderful production,” says creator Chuck Rose. “We have such an incredible cast and the crews have been great. Everybody seems to love what they’re doing, which makes a huge difference.”

Rose says he was inspired to create the series after a friend who worked at an auction house surprised him with his description of the business as a “cutthroat world.”

“I don’t think many people know that,” explains Rose. “I was trying to find a way into the world that would be exciting and then I started reading about the huge trade in antiquity smuggling. These beautiful objects we see in museums often start off in such terrible, war-ravaged places and then wind up on somebody’s mantlepiece on Park Avenue. I was interested in that journey from Iraq to Turkey to London to New York and that became the impetus for the idea.”

Rose developed a pitch and wrote a pilot before taking it to Sony Pictures Television (SPT). At the same time, SPT-owned Crackle was seeking its first original drama and was after something set outside the conventional police station/hospital/court-room setting. Gardner Stern came on board the project as showrunner and it was given a 10-episode season order.

While researching the art world, Rose found support at word-famous auction house Bonhams, where he went to auctions and was shown behind the scenes. “The showrooms are very plush and then you go upstairs to where people work and it’s like these little rabbit hole cubicles, so I saw the difference in front of the curtain and behind it,” he says. “It’s all about putting on a show for the buyers and sellers and they told me great stories about how auctions are usually about people who are in trouble.

“There’s a saying in the auction world that auctions are built on the three D’s – death, divorce and debt. They were really helpful, they gave us a lot of backstory on real auctions, which have worked their way into the show.”

Stern, whose credits include NYPD Blue and Law & Order, says he was intrigued by entering a world where not everything is as you think it is.

“You assume it’s this very refined world of very wealthy people and auctioneers with refined British accents saying ‘sold,’” he says. “That is an element of it but, in addition, there’s this seedy underbelly that no one knows about. I find that very fascinating – the degree to which there is fraud and smuggling and theft and all those sorts of things that contribute to the end product that is presented as this refined world of the wealthy. That dichotomy is not only interesting but also makes for great drama.”

After Rose had written the show’s pilot, experienced showrunner Stern came on board to help steer the project. Both say they have enjoyed the working partnership. “It’s worked out really well. We can bicker and have disagreements but once it comes to presenting it to the network, we try to have a united front,” admits Stern. “We discuss everything; it’s a very collaborative process.

“There are some showrunners who like to micro-manage things. Producing a show like this involved 150 people, almost all of them are very talented in what they do, and I think giving them a little leeway and respecting their talents gets better results than being on top of everything and not letting them show what they can do.

“The other big thing is dealing with the actors, which we both do. That can be delicate because they have a vested interest in their character and what that character says but, at the same time, we the producers have to be cognisant of what the end goal of the series is, that it’s bigger than any one actor or speech. It’s a balancing act.”

The Art of More has a cast headed by big-screen stars Quaid, Elwes and Bosworth, and both Rose and Stern say it has been important for them to listen to their actors and make them part of the production process.

“It’s been a great experience for them and we’ve certainly benefited from the name recognition that people like Dennis Quaid bring to the project,” says Rose.

Stern continues: “It’s a very collegial cast and crew. Everybody likes each other. I was talking to Kate Bosworth about this – I’ve been doing this a long time, her not so long, but we both said our goal now is just to work with people we like. At a certain point you reach that life’s-too-short moment where you say, ‘I don’t want to work with assholes anymore.’ And there are more than a few of them to go around in Hollywood.

“You try to pick and choose your projects to not only be something that interests you creatively but that also has a group of people you will enjoy working with. We work 14-hour days so you’re with these people a long time.”

As for Crackle, watching Netflix and Amazon raise the stakes of original drama meant it wasn’t long before it too was looking for an original hit – it’s own House of Cards. Rose says that and the chance to get a straight-to-series order meant it was an exciting opportunity to link up with the VoD platform, which is available in more than 20 countries worldwide.

“One of the other good things about this being done on Crackle is that this is the future,” says Stern. “Streaming and online platforms – there’s going to be much more of this than traditional network television shows. No one gives a shit what time a show is on anymore because everybody records it. My kids, for instance, barely watch anything on regular television. They watch on their computer. So it’s good to get in at an early stage. You only need to look at Amazon, which is spending US$11m on a pilot. This is the future.”

Rose notes that even traditional channels like HBO and Showtime are turning to streaming – see also CBS’s recent revival of Star Trek for its CBS All Access online platform – “so the difference between a channel that originates content for the internet and one that’s now streaming will be indistinguishable in a couple of years.”

As for the current boom in scripted programming – whether on air or online – Rose believes overall audience numbers will continue to rise, though the sheer number of shows on offer means individual ratings are likely to be hit.

“You won’t have 90 million people watching one show the way you did when M.A.S.H. concluded. But the overall number of people watching will be greater,” he says. “You can have a show with a more niche appeal and those people who want it will tune into it.”

Following its launch, The Art of More will roll out on Crackle every Thursday, and though their thoughts haven’t quite turned to season two yet, the team behind the series are prepared to go back into the auction room.

“Obviously Sony and Crackle have certain metrics they use to evaluate the success of the show,” Stern says. “Crackle’s just starting out, plus it could have 100 shows if it wanted because there’s no timeframe; there’s no schedule you have to adhere to because viewers can watch whenever they want. That’s to our advantage. They will know very quickly once this thing drops whether we’re coming back – which they will have to, because if they want all the scripts ready, we need to get working pretty quickly!”