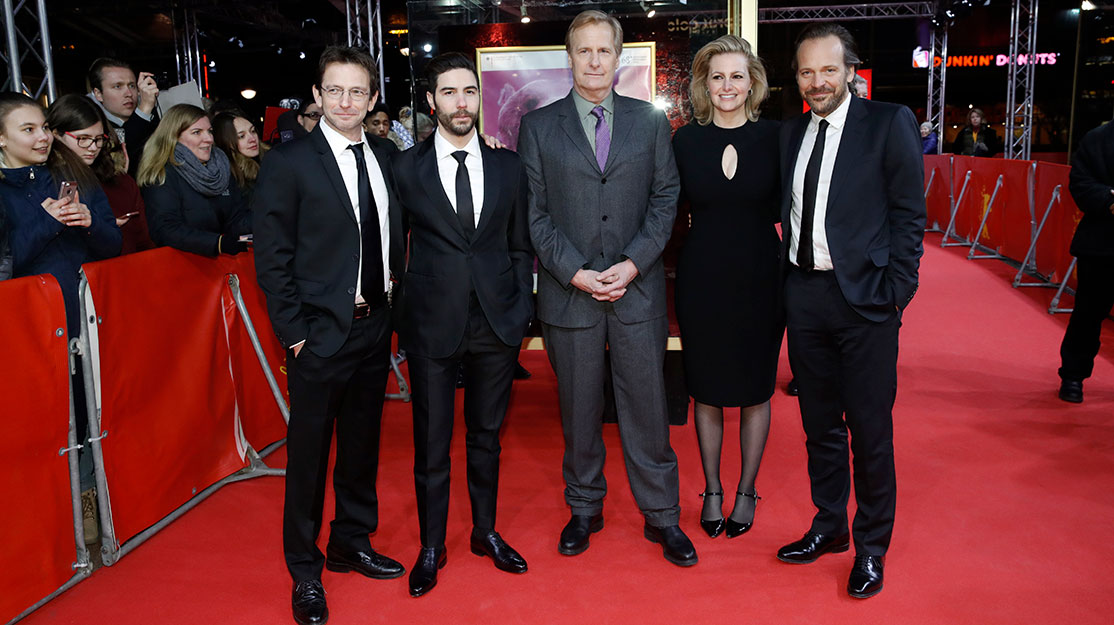 Television held its own at one of the most prestigious film festivals in the world as an array of talent and some stunning new shows landed in Germany for Berlinale’s fourth annual Drama Series Days. DQ was in town to find out more.

For those in the television industry, the chance to rub shoulders with A-list movie stars might once have seemed a pipe dream. But for anyone who attended the Berlin International Film Festival this week, that dream was very much a reality.

Now in its fourth year, Berlinale’s Drama Series Days has established itself as one of the premier television events around the world as the German capital rolls out the red carpet for stars of the big screen – and small.

To find yourself caught up in a maelstrom of photographers’ flash bulbs and screaming and cheering fans might not be an unusual event at a film festival. But to then peer over the barriers and find the stars of Australian drama Picnic at Hanging Rock posing for the cameras is proof that television is now assured of the same reverence as cinema. And for good reason. The talent the industry is able to attract is of a level never seen before in terms of movie stars signing up for longer-form storytelling. The productions themselves are also worthy of acclaim, with the word ‘cinematic’ a staple adjective regularly dished out to describe the scale of dramas now on screen.

Picnic at Hanging Rock, which will air on Foxtel in Australia later this year and is distributed by FremantleMedia, is a case in point. Game of Thrones alum Natalie Dormer turns in a standout performance as Hester Appleyard, the headmistress of a girls’ boarding school that faces tragedy when three pupils disappear during a picnic at the titular rock. The series also pops with colour and visual flair thanks to director Larysa Kondracki, making it stand shoulder-to-shoulder with Peter Weir’s celebrated 1975 film adaptation of Joan Lindsay’s novel, which also serves as the source of the television reimagining.

The six-part miniseries – there will be no sequel that goes beyond the book, delegates in Berlin were told – was one of seven screenings that took place as part of the Berlinale Series programme, highlighting some of the biggest new dramas from around the world.

Others included Israeli psychological thriller Sleeping Bears, written and directed by Keren Magalit (Yellow Peppers, The A Word), and Bad Banks. The latter is described as a six-part Machiavellian thriller set in the ruthless world of international finance and the stock market. Produced by Letterbox Filmproduktion and Iris Production for ZDF (Germany) and Arte (France), it has already been picked up by HBO Europe, Walter Presents UK, RTÉ in Ireland, Sundance TV Iberia and RTP in Portugal ahead of its debut next month.

Two new Scandinavian dramas were also selected. Heimebane (Home Ground) tackles gender issues as a female football coach becomes the first woman to take charge of a men’s team in the Norwegian premier league. Already commissioned for a second season by NRK, it stars Ane Dahl Torp and former footballer John Carew, well known to fans in Europe after playing for sides including Valencia and Aston Villa, as well as the Norway national team.

Meanwhile, amid talk of Scandi broadcasters losing interest in what the rest of the world calls Nordic noir, one show is set to push new boundaries at Danish net DR. Known for its original series including Forbrydelsen (The Killing), Borgen and Broen (The Bridge), DR’s forthcoming drama Liberty stands out as something totally different for the channel. It also marks a rare book adaptation to land on the network.

Based on Jakob Ejersbo’s novel, it follows a group of Scandinavian expats living and working in Tanzania, and explores themes of corruption, identity, morals and friendship. Hollywood actor Connie Nielsen joined fellow cast members including Carsten Bjørnlund plus creator Asger Leth and director Mikael Marcimain on the red carpet in Berlin.

The Berlinale official selection was completed by two new US series, showcasing the vast range of storytelling television now affords. The Looming Tower, debuting next month on US streamer Hulu and showcased in Berlin by European partner Amazon, is based on the Pulitzer Prize-winning novel by Lawrence Wright. The story traces the rising threat of Osama Bin Laden and Al-Qaeda in the late 1990s and how the rivalry between the FBI and CIA at that time may have set the path for tragedy on 9/11.

At the other end of the spectrum, meanwhile, is The Terror, AMC’s take on the true story of the crews of two British Royal Navy ships that attempt to discover the Northwest Passage in the mid-1800s. This isn’t just another historical drama, however. Faced with treacherous conditions, limited resources and a fear of the unknown, the crew members are pushed to the brink of extinction as they face all kinds of dangers, from both human and otherworldly sources.

The mix of horror and the supernatural, coupled with the eerie Arctic landscapes, certainly makes this show one to watch, with co-showrunners David Kajganich and Soo Hugh promising to reward viewers through the 10-part series, which features Jared Harris (Mad Men) and Tobias Menzies (Outlander) among the ensemble cast.

The strength of the drama on show this week in Berlin and the number of small-screen stars descending upon the city were proof of television’s strength at an event usually revered as one of the most prestigious film festivals on the international circuit. With more film talent on both sides of the camera now championing the opportunities offered by longform storytelling, and the chance to develop characters across more than a two-hour period, coupled with television’s new openness to genre and plot, expect to see television play an even greater role in at Berlinale in 2019.