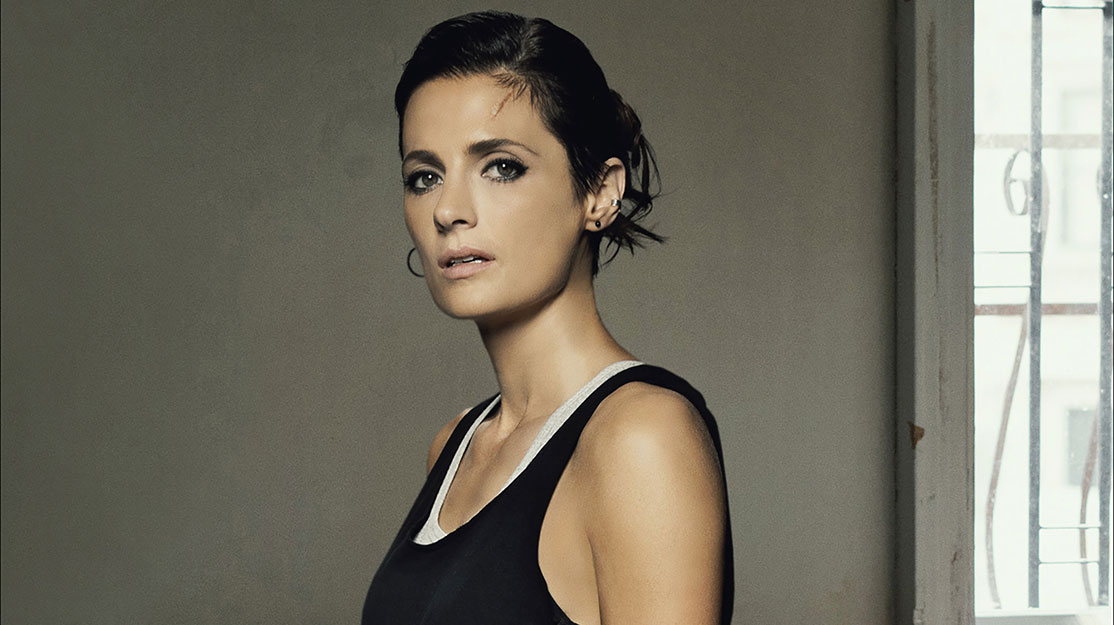 Stana Katic, the star and executive producer of Absentia, talks to DQ about returning for the thriller’s second season and why she’s the type of actor who goes beyond just appearing on screen.

“I think there are two different types of actors,” says Stana Katic. “Some actors truly are actors and they enjoy focusing on that and that’s good, that’s enough. Then there are other actors who are more storytellers, those who love to get into the actual overarching feel of the story and to be a part of the voice and direction of it.”

Speaking to the star and executive producer of thriller Absentia, it’s immediately clear which category she falls into. Having made her name appearing alongside Nathan Fillion in ABC’s crime comedy-drama Castle for its entire eight-season run, Katic has been keen to learn about every aspect of the mechanics of television throughout her 20-year career, which has included appearances in series such as The Shield, ER, 24 and Heroes.

“I was always more of a storyteller and on all of the stuff I’ve been on, I would always sit with the camera operators and ask questions and just engage with the directors, producers, showrunners and writers, looking into their process and trying to understand it better, from the very top of the storytelling team to the crew, the gaffer and costume designers and so on,” she explains. “I was always interested in all of the elements that make up filmmaking, but for me it’s a very natural progression and it just feels normal to be a part of that end of it and be engaged in that side of the storytelling.

Katic jokes that she’s received some “accidental free university” education over the years. “And because in some cases I’ve done 17 hours a day, nine months a year, for six or seven years on a set, I’ve absorbed a lot of information. There are some actors who, because they’ve just spent that much time on set telling stories, can contribute in a way that can be really helpful to story, and I feel like that information served me well for the collaboration of our team and the development of our story.”

Absentia, which is produced by Masha Productions and distributor Sony Pictures Television, sees Katic play FBI agent Emily Byrne, who suddenly disappears without trace and is declared dead. Season one takes place six years later, when she is found in a deserted cabin, barely alive and with no memory of her ordeal. Returning home to Boston to find her husband (Patrick Heusinger) has remarried and her son (Patrick McAuley) is being raised by another woman (Cara Theobold), she is implicated in a series of murders.

Having cleared her name in the first run, season two sees Emily attempting to return to some semblance of a normal life as she continues to try to understand what happened to her while she was in captivity. But when Boston is struck by a homegrown terrorist attack, the FBI’s investigation collides with Emily’s own hunt for a serial killer who strikes close to home, sparking a chain of events that leads her back to her own fractured family.

Katic says she was excited to return to the role for a second season, even more so as she was part of the conversation about what fate might befall her character across the next 10 episodes. The new season, which has already launched on Sony’s AXN in Iberia, Central Europe and Latin America, on Sony Sci-Fi in Russia and on Showcase in Canada, comes to Amazon Prime Video in the US, UK, Germany, Australia, Austria, India, Israel, Italy, the Netherlands, Singapore, South Korea and other territories this Friday.

Oded Ruskin (False Flag) shares directing duties with Kasia Adamik and Adam Sanderson this time out, having helmed the entire first season himself. New writers have also been brought in to pick up scriptwriting duties.

Described as a “wonderful” director by Katic, Adamik (The Border) comes from a family of Polish filmmakers, while Sanderson is a “phenomenal visual storyteller” best known for Israeli mystery supernatural drama Betoolot (Mermaids). Katic has her own directorial ambitions too, and has already picked up some experience leading some second unit pick-ups.

“That was a lot of fun,” she recalls. “We had an absolute hoot. There’s no story requirement, meaning no actor had to do a serious scene. It was more about just getting inserts and added coverage. It was quick, it was fun and we had a laugh. I thought, ‘Wow, this could be a lot of fun to do with these people.’”

A greater challenge was returning to the role of Emily, a character still haunted by her troubled past and facing up to new threats on the horizon. The opening episodes of season two see her attempt to build bridges with her son as well as her ex-husband and his wife, while also continuing to search for clues that could unlock the gaps in her memory.

Katic is full of praise for the support she received from the directing team, while the multi-stranded nature of the story and ensemble cast means the series doesn’t rest solely on her shoulders. She also picks out new cast member Matthew Le Nevez, who plays Emily’s new FBI partner Cal Isaac, as a “fantastic collaborator,” adding that his understanding of the overall story has helped inform and enhance individual scenes.

“He has that sort of eye so it was a gift to partner with him this season,” she says. “However, it’s also nice to go home at night and sometimes have a glass of wine or go for a really long hike and decompress after stories like this.”

On set, Katic is always keen to perform her own stunts and this season offered her no end of opportunities to learn choreography for action-packed scenes. “I love it. I really get a kick out of it,” she admits. “I did as much as I could. There were some things they snuck in that the studio refused to let me do, but I tried to do as much as I could. And the things I couldn’t do, I had a lovely stunt partner who did all of those. We had a really good team.”

The actor adds that while stunts, fights and sex scenes can sometimes occupy a solitary line in the script, it’s important they aren’t glossed over in production in favour of more dialogue-driven moments. “Those moments need to participate in telling the story. They have to propel the story forward,” she says. “We can’t just have a scene where it’s ‘punch, punch, punch, kick’ and then somebody goes down. It has to add value in informing the audience in some way about our story, so that was something we focused on.”

As an example, Katic refers to a character that has a “really disgusting fight” with another person – a battle for survival that’s integral to that character’s development. “We needed to see his capacity for violence and we needed [viewers] to understand that this character has a certain type of beastliness in him, a ruthlessness. Through the style of fighting, through the moves he makes and through his interaction with the other characters, we were able to convey that,” she continues. “It was about adding value to what that character meant to the whole trajectory of the story. These things are carefully considered, and luckily we had partnerships we worked with who were focusing on that.”

Writers are already talking about what a potential third season might look like, with season two resolving the numerous puzzles in play but ending on a note that could suggest this story isn’t over yet.

Katic says the highlight of making Absentia so far has been the opportunity to work on a series that has been made in the style of an independent film, using a shooting process that has given cast and crew the freedom to collaborate on set without the pressure of a traditional production hierarchy. Executive producing alongside the actor are Ruskin, Matt Cirulnick, Julie Glucksman and Maria Feldman.

“It was a space where everyone has a voice in our storytelling and, because of that, they all feel very proud of the project, ultimately,” she says. “We set up a tradition on our set where the best idea wins [as opposed to the director having] all the answers, and that’s a really lovely way to commit to filmmaking. We look for the intelligence and contribution from our fellow filmmakers on set, from our actors, from our costumers, from our crew. That kind of setting is really exciting for me and I think it creates the best work out there.”

As for Emily, the actor says she has enjoyed portraying someone she describes as an anti-hero. “It’s really exciting to play a character who isn’t perfect and whose moral compass isn’t always black and white.

“What am I looking for next? I want to do a comedy,” she says, laughing. “I’ve got to get a comedy. I need fancy clothes! That’s where it’s at for me right now.”