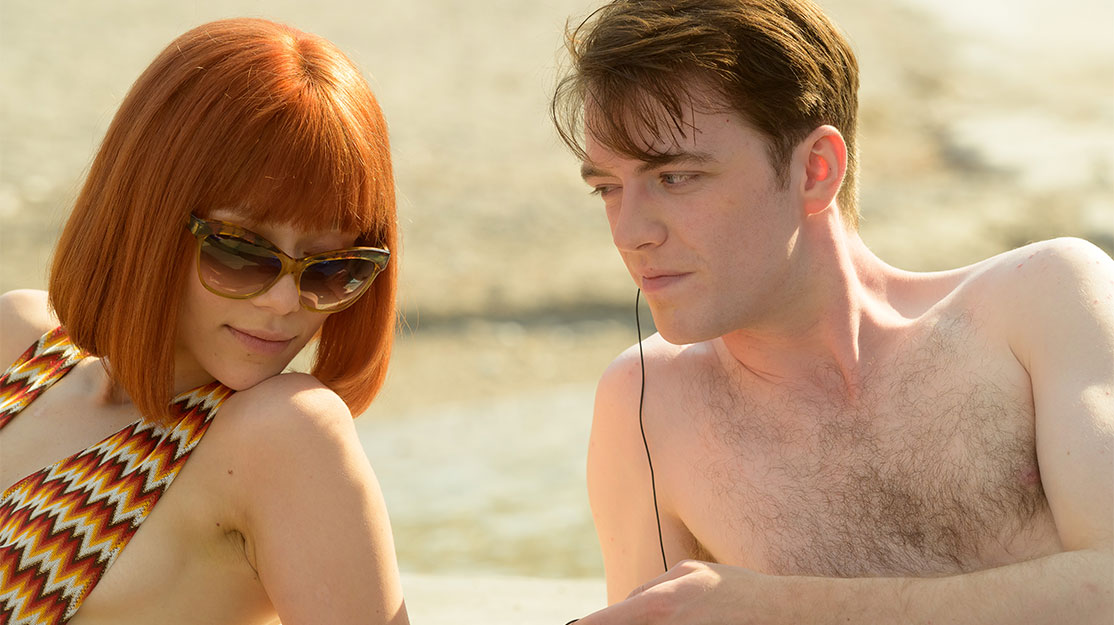 Six-part mystery thriller The Reunion sees old friendships pushed to extremes by 25-year-old revelations. Director Bill Eagles tells DQ about helming this European production, working with two sets of actors and why he doesn’t want to be typecast.

From British shows such as Strike Back, New Blood and The Good Karma Hospital to US dramas like CSI, Gotham and 12 Monkeys, director Bill Eagles’ work has crossed countries and genres.

He started his career in documentaries at the BBC before a short film led him to direct 2000 feature Beautiful Creatures, starring Rachel Weisz and Susan Lynch. Following that, he moved to the US and worked on numerous series in LA for a decade before moving back to the UK and landing on Sky and HBO action-drama Strike Back. That show sent him to locations such as South Africa, Namibia, Croatia and Malaysia, before he headed to Sri Lanka as lead director of ITV drama The Good Karma Hospital, which debuted in 2017.

“I got a bit of a reputation for filming stuff in which people were doing a lot of shooting and blowing stuff up,” he tells DQ. “So I actually made a big pitch to [Good Karma producer] Tiger Aspect to set up a nuanced character piece about a charity hospital in India, just to reassure everybody – and maybe also to reassure myself – that I didn’t have to do just ‘bang, bang, bang, boom,’ that I could do sensitive pieces which are performance-led and character-driven, and The Good Karma Hospital has been running ever since.”

His latest series sends him to the Cote d’Azur in the south of France, the setting of six-part drama The Reunion. Based on French author Guillaume Musso’s bestselling novel La Jeune Fille et la Nuit, the series opens in the present day at a high school reunion where three former friends reconnect. They grew apart and lost touch, but they are still bound by a tragic secret tied to the disappearance of a schoolgirl who went missing 25 years ago in the region.

The English-language series is produced by Make It Happen Studio (No Second Chance) for the European alliance of France Télévisions, Rai in Italy and Germany’s ZDF. MGM International TV Productions is a coproducer, while distributor MGM Television Distribution has already sold the series to broadcasters including ITV in the UK.

Here, director Bill Eagles discusses directing all six episodes of the series, working with two sets of actors playing characters in two different time period, and how modern television is empowering writers and directors to break the mould of traditional television.

Typecasting is something more associated with actors. Were you worried about being classed as an ‘action director’?
Well, I always think that whenever producers get together on a project and they cast the cast, they also cast the directors. Everybody’s looking to try and fit the right director to the gig, so there is a shorthand, and we understand that. If the producers are looking for a director for an action show, they might look at my 17 episodes of Strike Back. But if they’re looking for a weird, quirky, offbeat comedy, why would they pick me? I could absolutely roll with that and celebrate doing it, but you really have to make a huge effort to break those assumptions and ideas about you.

How did you come to join The Reunion?
In light of what I’ve said about being typecast, that wasn’t the case with The Reunion. Guillaume makes those relatively thick books you pick up at airports that have totally engaging plots, they’re total page turners. An incredibly entrepreneurial and very on-the-up producer called Sydney Gallonde got the rights and Marston took the novel – which takes different characters and different points of view – and transformed that material into six episodes.

Essentially, we have a protagonist, Thomas [Gruffudd], who was at an international school, back in Antibes in the late nineties, and he’s invited to a reunion. It’s 25 years since he left the school and he’s going to meet two of his closest pals, Fanny [Giocante] and Maxime [Fitoussi]. They were super-tight and they had an amazing summer of love, obsession and betrayal and eventually a murder. He’s now going to go back and stir up the pond and all the muck’s going to come to the surface. There’s a huge danger for all the characters that the secrets they tried to cover up all those years ago are going to come bubbling up and find public recognition. There’s a lot of jeopardy involved.

How do we follow the characters through the story?
We tell the story from the point of view of Thomas, who is an unreliable narrator. The themes of this show are essentially the unreliable nature of memory, obsessional love, sometimes inappropriate obsession love, friendship, betrayal and the pains that we find in middle-age reflecting on lost youth. Thomas is covering up something very bad he did but he’s also trying to uncover a huge mystery that was never solved, about another student who disappeared in that period 25 years ago. We hear the story, but when we get to episode two, another character will give us a different version of the story, and that happens throughout the episodes. Across six episodes, we will hear six different versions of this story, ending in a climactic reveal that nobody is going to be ready for, even if you read the book, because we play some tricks and some surprises along the way.

The Reunion is a multi-national production. How did you ensure consistency in voice across the series?
It’s interesting. The project was developed by Marston and all the episodes had notes from ZDF, Rai and France Télévisions. MGM was also a massive contributor to this. By the time I got the six scripts, they’d been through a process of lots of editorial inputs.

It’s the first time in my life I didn’t have a producer working right next to me. I had an exec producer in Sydney and we were in touch with Guillaume, sending him dailies and assemblies. But essentially, the French system doesn’t always work in exactly the same way as it does in the UK and US. To some extent, I had a little more freedom than I’ve had for a long time to create my own universe, to populate it with characters and develop the characters I love, with the cast I love and to shoot it in the style which reflected both the gritty reality of the present, where the characters are digging up perhaps more secrets than they’d like to, in addition to an idealised past from 25 years ago ,where our characters were remembering things with the rosy glow of nostalgia tainted by a corrosive darkness that they also remember.

How did you create two different visual styles to separate the two storylines?
We wanted to allude to this notion that memory is unreliable. We also tend to bury some of the darker memories that we might have or the less palatable memories, and we tend to celebrate and hang on to some of the more glorious memories. It’s part of the human condition. These characters also had another motive to remember the golden period, because that slightly allowed them to look less sharply and less directly at the way their friendship went sour. We wanted to have a very subjective sense of the past.

We worked with relatively antique lenses of the 1990s, got lots of flares and warmed up the picture quality using the extraordinary sunlight we had on the Cote d’Azur, with a lot of exterior shots to soak up the sunlight and the luminosity of that landscape and the lenses gave us a bit of a distortion. We shot anamorphic in the past, shot with these uncoated lenses, and in the present we were a colder, grittier, more contemporary feel and a whole different set of lenses to achieve that look.

Of course, we had to work with a double set of cast. We had to cast characters in the present and then cast their characters from 25 years ago. We have cast a bunch of relative newcomers who were 18, 19 and in their 20s, and then an established cast here in their early and mid-40s. That was also a challenge, but it was also part of the fun.

How do you like to work with your actors before production and then on set?
In something new, when you’re starting from scratch, you’ve got to rehearse. But we didn’t want to spend too much time getting our young cast together with our more mature cast. We started with the present-day cast and we built the characters up and did some rehearsals and found some inflexions, maybe some mannerisms, that our younger cast could pick up on so that they would seed the connections with the older cast.

For me, the most exciting thing is what an actor is going to bring. My instinct is to say, ‘Let’s just run the scene. Show me what you got.’ Rather than be too overly direct, I’d really like to know what the actors are bringing to the set, because working with a cast like this, they’ve done their prep. They’ve been doing rehearsals with each other and they’re coming to set fully prepared, and it’s brilliant. Sometimes that allows surprising things to happen, things maybe I wouldn’t have come up with if I’d been trying to be more mechanistic as a director.

How has the role of the director in TV evolved over the course of your career?
The truth is you’ve now got more opportunity to be a strong and inventive director, but it all starts with a script. I’m in awe of great writing. I love to get the page turners, and the strength of the written material does allow us to have more fun working with the cast. In terms of writing and directing styles, certainly we can push the boat out from the traditions of what was terrestrial television 10 and 15 years ago. It was a pretty hard time to be a director in TV then. Now, if you get the right producers and the execs and you’re working with great talent, you are likely to get the freedom to really turn it on as a director in the way that would have been hard to maybe 10 years ago.