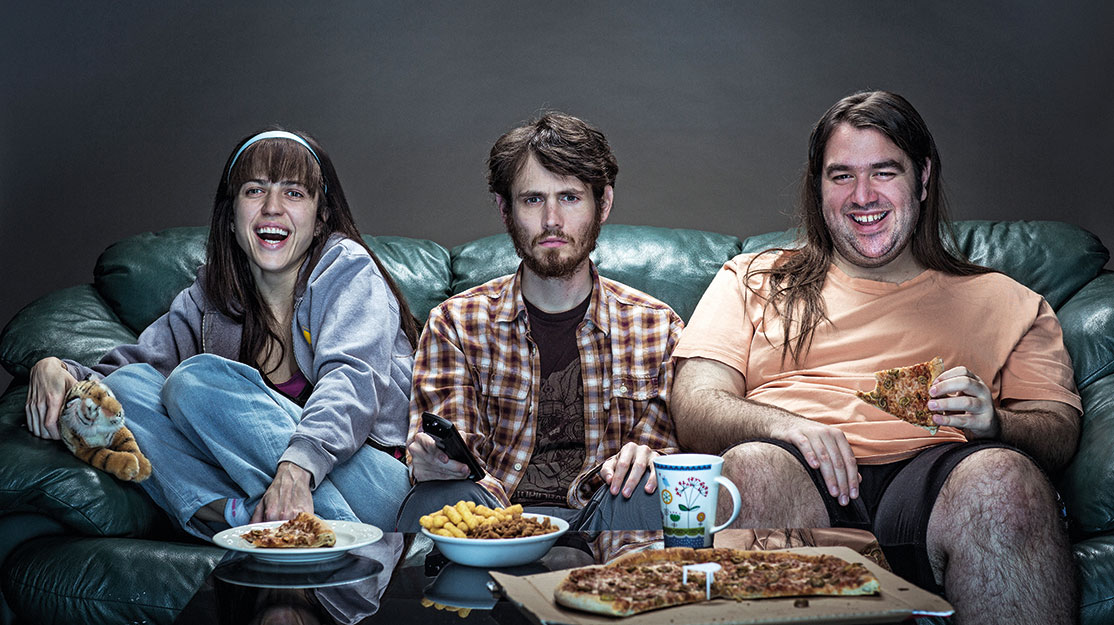 Described as ‘Friends with a twist,’ Israeli drama On the Spectrum has won numerous awards for its depiction of three housemates who all have autism. DQ meets the co-creator and stars.

In the 18 months since it was first released in Israel, On the Spectrum has become a global phenomenon and festival darling.

The 10-episode series follows three roommates, all in their mid-20s and all on the autistic spectrum, who share an apartment and must learn to cope with the world around them while trying to achieve their individual ambitions.

On the Spectrum comes from writer Dana Idisis and director Yuval Shafferman, who co-created the series for Israel’s Yes TV and have taken a realistic and raw approach to its subject matter. The series is produced by Sumayoko Productions and distributed by Yes Studios.

Idisis says her brother, who is on the autistic spectrum, and his friends inspired the series. “I really wanted to write something about adult people on the spectrum who are the heroes of the show,” she continues. “It’s Friends with a twist, about three roommates in their late 20s trying to figure out what they’re going to do with their lives, going on dates and going for job interviews. It’s a sad comedy. This was the origin of the idea.”

Beyond her family connection, Idisis researched the series via an assisted-living project in Israel that supports people with autism who live together as roommates and share a social worker who can help them with any issues they might have. “I met a lot of guys but also women living in this apartment. Something they said to me was, ‘Make it funny – don’t make us look naive. We can also be jerks and have fun,’” the writer recalls. “ I really liked that angle because I wanted to make that kind of show, so I was happy they gave me their approval to continue. I asked them what to write about and they told me about their experiences. They helped me a lot.”

The Hebrew-language series features three main characters – Ron, Zohar and Amit – who live together in a flat and each have different variations of autism. Amit, played by Ben Yosipovich, is based on Idisis’s brother, with the character particularly high-functioning and able to manage his life without much assistance.

“I wanted his story to be about obsession. He develops an obsession with a waitress and thinks they’re a couple because she’s so nice to him, but doesn’t understand the boundaries,” Idisis explains. “I also knew I wanted to write about a guy with Asperger’s, which Ron has. His story is based on someone I knew who was afraid to leave his apartment for a year because of his social anxieties, so I wanted to take that story and develop it.”

Zohar, meanwhile, is an example of the many people whose autism is undiagnosed, something the writer says is particularly common among women. “Genuinely, a lot of women aren’t diagnosed,” she notes. “Zohar really wants to have sex and have a boyfriend like every normal woman her age. She has a brother who’s really protective of her and there’s the question of when is the right time to let go. So these were the topics I started from.”

The actors all did their own research into autism and the particularities of their characters’ conditions, visiting the same charity as Idisis. However, they soon learned that the key challenge was not to imitate real people with autism but to take some of their personality traits and blend them into their characters.

“We went to the apartments, met the people living there and talked to them,” says Niv Majar, who plays Ron. “It was very interesting to ask them how they would want us to do it, and then we had talks with Dana and the director and had rehearsals.”

Naomi Levov, who plays Zohar, accompanied Majar to the apartments. “There were fewer women, so there was one I locked on to and tried to learn her movements and the way she acted,” she explains. “But very soon, we understood it was not something we wanted to learn or imitate. It’s about the essence of things.

“The thing I got most from those visits was that these people are very exposed, they’re very out there. From the girl I saw, the thing I took with me was her eyes – she was very vulnerable. But we were very liberated and able to do our own thing, not bound to some kind of act.”

Levov admits she struggled to film one scene where Zohar becomes mad with her brother when he takes her phone. “I didn’t think it would be so hard, but the director, Yuval, is really accurate. We did the same take 20 times and I had to scream and cry again and again until he had it.”

But that extreme reaction – coupled with Zohar’s ability to recreate it time after time – typified the way the actor approached the role. “My character is out there, she’s always very happy but she’s not predictable,” she says. “And I’m extreme myself, so I took it all the way. Between takes, Niv would come to me and say, ‘Take care of yourself.’ He was watching me.”

Majar adds: “I was afraid for her. I was saying to her, ‘Do you want me to tell them to slow down?’ But she went out there full-on in every take. It was amazing to see.”

Majar had his own tricky moment on set when it came to filming his first ever sex scene. But while viewers may find humour in some of the scrapes and situations the characters find themselves in, he says the series isn’t playing for laughs. “For me, it’s not a comedy. It’s a drama series, and life is very absurd and funny,” he says. “Of course, it’s a very funny show and we had fun making it, but it’s realistic. I didn’t think of it as ridiculous because it’s so real, with situations we can all relate to.”

Levov agrees that the comedy comes from the circumstances presented in the show. “There were places you had to be very accurate and you had to trust the director and the text for the comedy to come out,” she says. “It’s not something we thought about while we acted, to be funny. It was happening because of the characters.”

But that’s not to say the cast didn’t bring their natural comedic talents to the series. “They are very funny people,” says Idisis. “We did a lot of auditions and we chose this cast because they were very funny in the audition. Niv is a stand-up comedian, so even though he doesn’t think he’s funny, he’s funny. We just felt they were the right people for the cast.”

Speaking to DQ at the Monte Carlo Television Festival, where the show would go on to win awards for best comedy and best comedy actor and actress for him and Levov, Majar says he believes the worldwide acclaim for the show lies in the fact it comes from the perspective of people on the autistic spectrum, as opposed to others in society looking at them.

“I’m hoping that’s one of the reasons people find it interesting, because I think it’s a special angle to look at it and maybe you can relate more like this,” he says.

Autism has been a subject at the heart of several series in recent years, including US medical drama The Good Doctor and the Korean show of the same name on which it is based, Netflix’s Atypical and another Israeli show, Yellow Peppers, which later inspired the BBC’s The A Word. The success of On the Spectrum, meanwhile, has now been chosen to be screened at the UN next April for International Autism Day.

“It’s an important issue and I hope people are exposed to this,” Idisis says. “It was important for me to write that they are the heroes. They need to deal with the world, not that the world needs to deal with them. Also, they are not geniuses. They don’t have special powers. It’s the grey area, which is the most difficult on the spectrum.

“Yuval and I didn’t want to tell a story about those with special abilities. This is about day-to-day life and the issues of relationships, dating and job interviews. This all makes it different from other shows.”