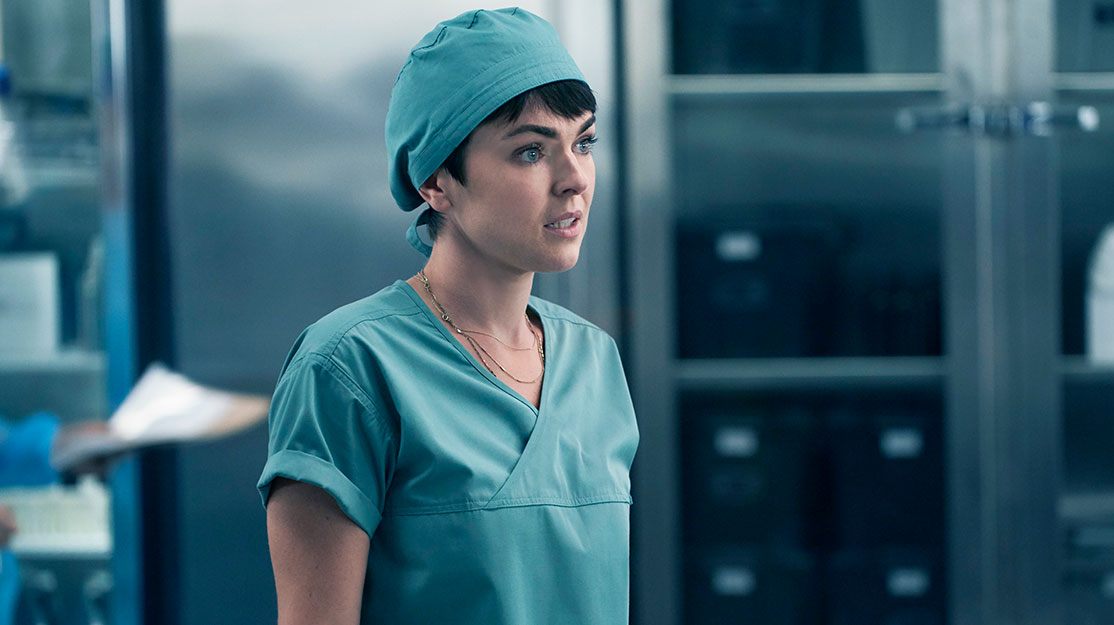 Speaking for the dead

Morwyn Brebner, showrunner of CBC series Coroner, tells DQ about making the Canadian drama – from adapting Matthew Hall’s series of novels and casting Serinda Swan in the lead role to the collaborative nature of making television.

In the competitive field of crime dramas, it can be difficult for a new show to stand out from the crowd. But from the titular job performed by protagonist Dr Jenny Cooper and the show’s blend of episodic and serialised storytelling to its mix of crime, family, romance and even supernatural genres, Canadian series Coroner aims to break away from its contemporaries.

For showrunner Morwyn Brebner, Coroner also stands out due to its humane perspective, its warmth and its unique energy. “I don’t think it is like anything else,” she tells DQ during post-production on the eight-part series. “The hardest thing in the world is for a show not to feel like something you’ve seen before. This show does feel like something we haven’t seen before, and I feel very proud of that. There’s something about it that feels new; the cast is incredibly fresh and I feel that, if people watch it, they will feel the same.”

Inspired by the book series by Matthew Hall, the author and screenwriter behind breakout Welsh drama Keeping Faith, the show follows Jenny (played by Serinda Swan, pictured above), a recently widowed coroner who investigates suspicious, unnatural and sudden deaths in Toronto.

She solves cases with the help of detective Donovan McAvoy (Roger Cross), pathologist Dr Dwayne Allen (Lovell Adams-Gary) and his assistant River Baitz (Kiley May), and her own assistant Alison Trent (Tamara Podemski), all while dealing with her clinical anxiety during therapy sessions, a teenage son (Ehren Kassam) and the prospect of starting a new relationship with the enigmatic Liam (Éric Bruneau).

It was Coroner’s lead director and executive producer Adrienne Mitchell and her Back Alley Films producing partner Janice Lundman who first picked up Hall’s books and sought a writer to take them on. Brebner had previously been a writer on Back Alley mystery crime series Bellevue, and though she wasn’t looking for a specific project, she read the books and was immediately drawn to Jenny.

“I couldn’t get her out of my mind because she seems so much like a real woman to me. I recognise both her ferocity and her anxiety as qualities that were so compelling because I feel like in the books, and I hope in the show, the spirit of that character is just incredible and she’s so unapologetically herself,” Brebner explains, pointing to Jenny’s ability to persevere despite her sometimes overwhelming anxiety and fear. “Bravery is overcoming fear, not a lack of fear. So there was something about the character I just responded to and I felt like I should do this.”

The writer drew from elements across several of Hall’s books to build the series, transmuting characters and stories but all the time ensuring Jenny’s sense of humour and tone of character remained central to the series, which is produced by Back Alley, Muse Entertainment and Cineflix Studios. The latter also holds worldwide distribution rights.

One of the most notable changes was the decision to kill off Jenny’s husband, who is still alive in the books. Brebner made the call after being unable to figure out a satisfactory way to include him throughout the series – and subsequently found that the move created more space for Jenny’s own adventures. “It was a bit like a Disney story where the parents die so people can go off and have an adventure,” she explains.

Jenny is also finely balanced between the important dual roles in her life, being both a coroner and a single mother to a teenage son. “She’s a coroner dealing with death, but being a mother is such a profound relationship with life and gives you a real sense of mortality,” Brebner continues. “She’s also embarking on a new romance with a mysterious dude, and I love that character. He’s got a different name and is a little bit different in our show [from the books] but that romance is so fascinating to me because she’s someone who’s been married for a long time and then is newly unleashed to the world. So we’re really watching her find her own incredible sensuality and trying to figure out how to deal with that.”

The fact that the drama centres on a coroner rather than another cop or lawyer also adds an extra level of intrigue, introducing a less familiar participant in the crime-solving process. “They have their own vibe,” Brebner says of coroners in general and those she has worked with on the show in particular. “They’re not like doctors, they’re not like cops. It’s a really heroic calling because they are speaking for the dead. When a patient dies and you’re a doctor, that’s a failure. But as a coroner, when someone dies, that’s the beginning of your job. I feel like it’s a pretty noble calling and it’s a perspective on death that’s very humane. There’s a humanity to that perspective on death and a crime story that’s very different.”

Jenny is played by Marvel’s Inhumans star Swan, whom Brebner describes as “just the most marvellous actor there is.” Having previously auditioned for Bellevue, Swan was already on Brebner’s radar. Then, when she came in to read for the part, “I couldn’t pick anyone else because she’s really powerful,” the showrunner says. “No one else could feel that unpredictable, that vulnerable and that strong at the same time, so we feel really lucky that she’s playing Jenny.”

Coroner is set and filmed in and around Toronto, utilising the city’s vibrant and distinctive districts as well as the nearby countryside. Mitchell steered the first four episodes on set, block-shooting them at the same time, which meant Swan had to keep a binder containing notes on which scene was from which episode as well as her character’s emotional state in each.

Meanwhile, Brebner split her time between the writers room, pre-production on future episodes and on set, juggling the numerous roles that make up a showrunner’s brief. “It’s definitely the show I wanted to make and I made it in concert with a lot of other people, with an incredible director,” she says, though she is keen to stress the collaboration that goes into making a TV series. “I started my career in theatre, where you really have to recognise the mastery and expertise of other people. I feel in television it’s the same. We have to give credit and recognise that it takes a lot of people to make a TV show.”

That collaboration also stretched into the writers room, where Brebner wrote the pilot and co-wrote two other episodes, giving other writers the opportunity to fill the gaps. Each episode was broken down in the room before being assigned to a writer. Brebner would then take a pass on each script. “We had really different writers from different backgrounds and so we were able to feel there’s a vibrancy to the characters in the script that comes from the voices in the room. I wouldn’t be able to do that by myself.”

Those classic television production challenges – time and money – once again proved to be the biggest obstacles facing Brebner, particularly with little more than a year between getting the go-ahead and the show’s launch in Canada tonight.

“We got the green light in December 2017. I was going to take another job and then I got the call we were being picked up and I was so surprised but so happy,” the showrunner remembers. “We hired writers, we convened a room and then we had to work incredibly quickly to be ready. It’s almost a year door to door and it’s an exciting way to work. You can’t second-guess yourself.”

Brebner is also known for co-creating both medical drama Saving Hope, on which she was showrunner for the first three seasons, and police procedural Rookie Blue, and also worked on recent series such as Mary Kills People. In fact, many of the series on her CV are evidence of Canadian drama’s growing international presence, being played on screens around the world – something she says is down to Canada’s increasingly brave storytelling.

“I feel like there’s more range in the kind of stories we’re telling, tonally, and we’re doing different kinds of shows,” Brebner adds. “I think it’s a good time to be a creator because the world of television is much broader than it was 10 years ago in terms of what’s acceptable as a network show or a cable show; everything’s mixing up. There’s so much TV now, the hardest thing is to keep afloat and to feel like you can tell a story that won’t just be swallowed by the tide of other stories. That’s the hardest thing for anybody and in Canada. We’re working to live in that place.”