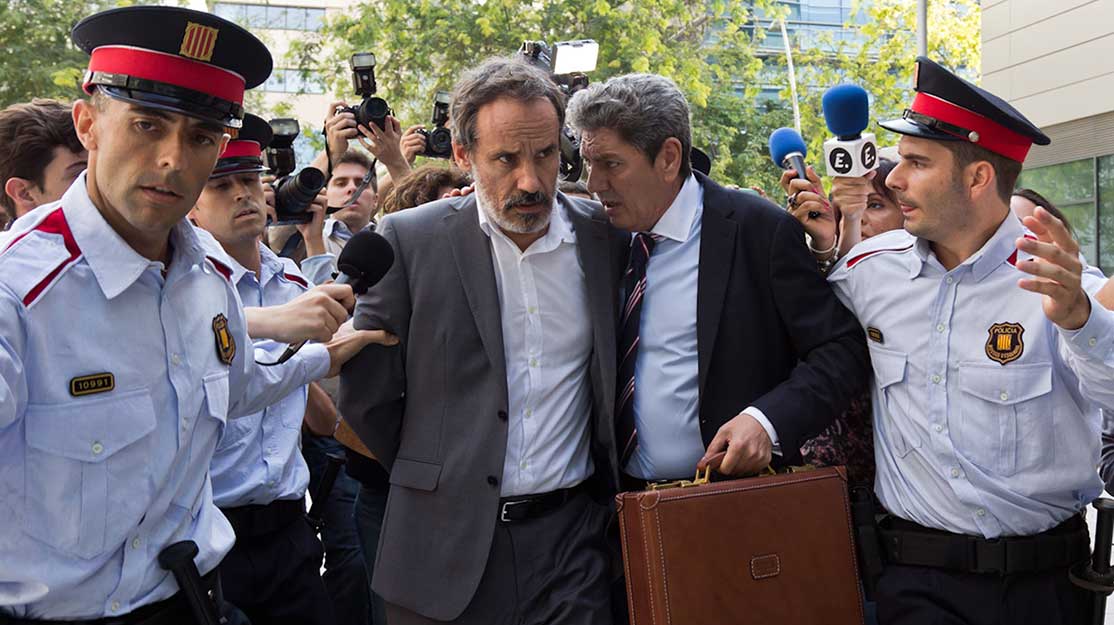 The disappearance of a loved one tears a family apart in Spanish thriller Sé quién eres (I Know Who You Are). Director and executive producer Pau Freixas tells DQ six things we need to know about the series.

As the British home of international dramas such as Forbrydelsen (The Killing), Bron/Broen (The Bridge) and Spiral, BBC4 has built a reputation for finding screen gems among the hundreds of television series produced around the world each year.

Currently airing in its prized Saturday evening slot, which affords fans of subtitled drama a rarely scheduled double bill of episodes, is its first Spanish thriller, Sé quién eres (I Know Who You Are), a crime saga originally produced by Filmax International’s Arca Audiovisual for Mediaset-owned Telecinco.

The first episode opens as a 55-year-old man staggers along a highway following a terrible accident, with no memory of what happened or how he got there. His name is Juan Elias (Francesc Garrido, pictured top), a successful criminal lawyer and university professor, married to judge Alicia Castro (Blanca Portillo) and father of two children.

When the police find the wreck of Juan’s car, they also find the mobile phone belonging to his 23-year-old niece, Ana Saura (Susana Abaitua), who disappeared on the same night as the accident, with all the evidence pointing to Elias having killed her.

Now he will have to find a way to prove his innocence, even though he himself isn’t completely certain of his innocence.

The series, which is distributed by Arrow Films, is directed by Pau Freixas and the head writer is Ivan Mercadé.

Here, Freixas, who is also an executive producer on the 10-part drama, tells DQ six things we should know about this captivating series, which Sue Deeks, head of BBC programme acquisitions, described as “the dramatic equivalent of a page-turning thriller.”

1. I Know Who You Are is a thriller with a strong concept and one that combines an addictive storyline, full of unexpected twists and turns and shocking revelations, with an intricate psychological profile of its characters, who are faced with enthralling and tragic moral dilemmas.

2. The cast is full of stars of Spanish cinema and television, including Blanca Portillo (Volver, Broken Embraces), Francesc Garrido (The Sea Inside), Pepón Nieto (Paco’s Men), Eva Santolaria (7 Vidas) and Alex Monner (The Red Band Society). These actors have brought a complexity to their characters that goes far beyond the demands of the plot.

3. The series was shot entirely on location, without a single scene being filmed on a set. Despite the city that serves as the setting never being named in the series, Barcelona and its surrounding areas shine for their rich and varied environments. The urban landscape, the sea and the mountains all give the series a rich and symbolic aesthetic.

4. The filming of I Know Who You Are is unique in the sense that there is no one person telling the story. Each scene has its own narrator, and the character driving each scene is clearly accented. To do this, a steadicam was used, allowing the audience to move around with the character and see what they see. This enables the audience to wholly identify with the way the character lives each situation.

5. One of the most addictive features of I Know Who You Are is that the plot continuously thickens throughout the 16 episodes [two seasons that will be shown separately on the BBC]. Episode by episode, the story unfurls in such a way that everything you thought you knew is transformed, outdoing your expectations and keeping you gripped. Only when all the pieces of the puzzle are finally put together at the end will the clues with which the series is impregnated become clear. The shocking ending finally reveals the whole story’s raison d’être.

6. In Spain, the series has not only enjoyed great audience success, but it has proven addictive among its viewers, each episode generating varied speculation on social media as they tried to do their own detective work. Throughout the second half of the series, where the characters force us to decide whether we are for or against them, two opposing sides were generated among the audience and stimulating moral debates ensued.

tagged in: Arca Audiovisual, BBC4, Pau Freixas, Sé quién eres (I Know Who You Are), Telecinco