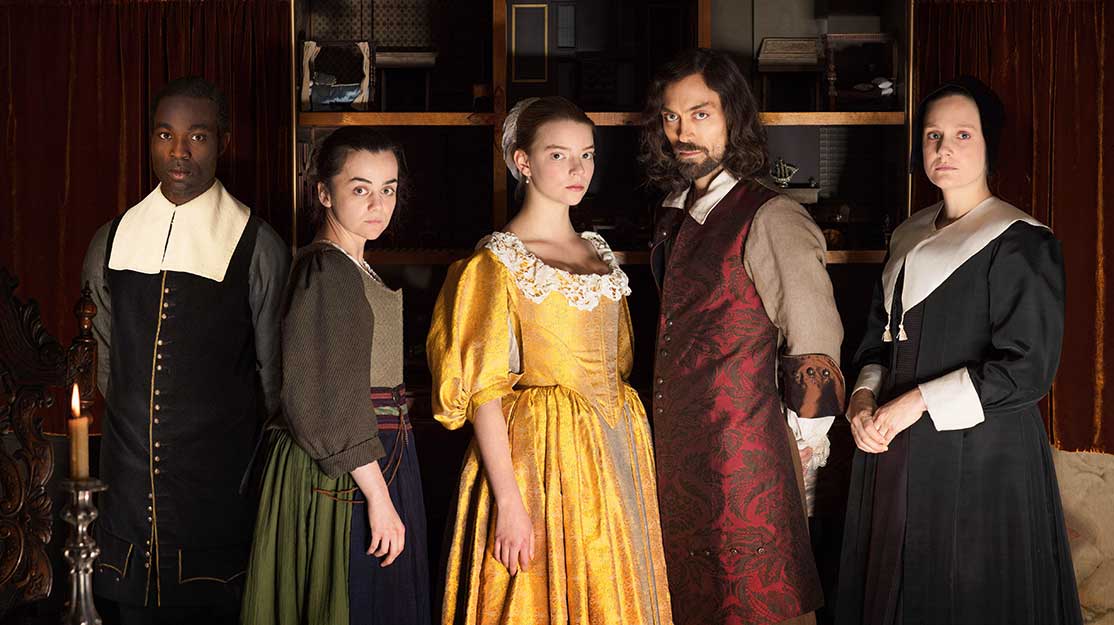 Jessie Burton’s award-winning novel The Miniaturist has been adapted into a two-part drama for BBC1. Executive producer Kate Sinclair reveals how this story, set in 17th century Amsterdam, was brought to the small screen.

So fierce now is the battle to secure the rights to novels that the fight to option them plays out before they have even been published, such is the demand to find the next literary success that could be ripe for a small-screen adaptation.

That was the case with Jessie Burton’s The Miniaturist, which has sold more than a million copies and won numerous awards since its publication in 2014. Kate Sinclair had, however, read the story – which centres on an 18-year-old country girl who comes to Amsterdam as the wife of a wealthy merchant – a year-and-a-half earlier when it was still at the manuscript stage.

Sinclair, an executive producer at UK prodco The Forge (National Treasure), knew instantly that she wanted to secure the rights, but was also aware that The Miniaturist was in huge demand. A bidding war broke out among 11 publishers to bring the book to market, which meant it was a further year before she was able to make her pitch for an adaptation. The week after Sinclair closed the deal, The Miniaturist was named Waterstones Book of the Year.

Set in Amsterdam in 1686, the story follows Nella Oortman as she begins a new life as the wife of Johannes Brandt. But instead of meeting her husband at her grand new home, she’s met by his cold sister, Marin, and quickly realises that nothing is as it seems in the Brandt household.

When Johannes finally appears, returning home after failing to sell a shipment of sugar, he presents her with an extraordinary wedding gift: a doll’s house replica of their home, furnished by an elusive miniaturist whose tiny creations mirror what is happening within the house and predict the future with unsettling accuracy.

With the rights secured and Jon Brownlow (Fleming) attached to write the scripts, Sinclair pitched The Miniaturist to the BBC and the two-part drama is now central to the broadcaster’s Christmas schedule, airing back to back on BBC1 on December 26 and 27. Masterpiece is a coproducer for US pubcaster PBS, and the show is sold globally by All3Media International.

“I started reading it and that was it – it was so dramatic, I couldn’t predict where the story was going,” Sinclair says of what first drew her to Burton’s story. “I kept thinking one thing was being set up and I knew what was happening, but because it’s a thriller, it would just shift in a completely different direction than you imagined.

“There are lots of very clever red herrings in the plot and also I found the characters interesting. They all have really interesting journeys and they’re very rich. That’s quite unusual. Plus it’s a period we haven’t seen on television for 30 years, which is also something unusual about it.”

The importance of casting is never knowingly understated, while it’s often noted that 90% of directing is the casting. It’s a sentiment Sinclair agrees with too, pointing to her time spent as a theatre director at the Royal Shakespeare Company, The Young Vic and the National Theatre in Poland. But for The Miniaturist, she felt strongly that the cast should largely comprisex newcomers to television, meaning most have come from film and the stage.

“She was perfect not only because she’s a fantastic actress but she looks perfect because she’s the right age,” Sinclair says of casting Taylor-Joy. “We didn’t want a Nella who’s 28 because this whole story is predicated on the fact that she’s 18, she’s coming with no knowledge of anything. She’s come from the countryside into this very new world and she’s got that kind of face that mirrors anything. She became 21 during our shoot. She just felt like a really fresh face, plus she’s technically brilliant. She’s a massive talent.

“Romola is obviously fantastic, she’s brilliant with what is a massive journey – of all the characters, hers probably has the biggest journey. For Johannes, we always wanted somebody who looked 15 years older than Nella but didn’t look like her father. It had to be somebody she’d fancy, a real man of the world. You have to believe he’s sailed the seas and lived a life, which you do with Alex. We have some different faces from the regular ones you see and I think that’s quite nice in a story that’s relatively unusual.”

Sinclair worked with Canada-based screenwriter Brownlow over Skype, sharing their thoughts on the “fantastic book” but also identifying areas that needed some help in an adaptation. These included the fact that Nella sees but never meets the miniaturist in Burton’s novel, which Sinclair says would have left the audience feeling cheated.

“That’s the one thing you’re yearning for to happen,” she explains. “The other thing was the sugar and why Johannes didn’t sell it wasn’t really clear, so we tried to cut through that journey. Those were the two changes. Jessie completely agreed with them. Once we had our discussion, we went on Skype and some of the things [Brownlow] was suggesting, she was like, ‘That was in draft 15. I just edited it out again.’ So she was really happy with it. Then he and I just worked on the first draft initially and then we put it into the BBC and I think we got a greenlight in July 2016.”

In the hands of director Guillem Morales, filming took place earlier this year, including a spell on location in the Netherlands, principally in the city of Leiden, south-west of Amsterdam. Shooting took place along the main canal, featuring townhouses along the waterfront, though the front of the main Brandt house was built for the show, having been modelled on Dutch townhouses from the period.

“There are no perfect townhouses and the ones on the Golden Bend [Gouden Bocht, the most prestigious section of the Herengract canal in Amsterdam] have had all their windows changed, so it’s quite difficult to find [authentic versions], even in Holland,” Sinclair says. “Leiden was perfect. The architect who built most of the Golden Bend houses lived in Leiden and built the houses there first, so it looks like a more authentic version of Amsterdam.

“The church there was also perfect because the Oude Church in Amsterdam is in the middle of the red-light district and you can’t get any trucks or anything in there, so there’s nowhere to put the unit base. Secondly, if you look out of the window, you’ve got a naked lady in the window outside. So we couldn’t really have that there.”

From the opening scene introducing the imposing townhouses on the canalside, the production and costume design is lavish and opulent, as befitting a wealthy family living in the Dutch golden age. Most elaborate of all, however, are the miniatures themselves, which come to populate the doll’s house given to Nella. Though their origins and creator are shrouded in mystery, the small dolls come to foretell events that will change the future for Nella and the rest of her new family.

At a cost of £30,000, the collection of dolls and furniture were crafted by Mulvany & Rogers, known for making one-12th scale bespoke miniature houses. “We had to have a doll made for every actor in a period way,” Sinclair reveals. “Their faces were made in ceramic and painted to look like the actor. Then we had a costume trainee who made all the costumes to match the costumes, which took weeks and weeks. She was incredible at that. She guarded the dolls with her life.”

Credited with finding the books behind feature films Slumdog Millionaire and Salmon Fishing in the Yemen while working for Film4, Sinclair specialises in sourcing and developing projects primarily, but not exclusively, from books. Her slate at The Forge also includes The Three, based on the trilogy of novels by Sarah Lotz and adapted by Peter Straughan (Tinker Tailor Soldier Spy) for the BBC.

On The Miniaturist, she adds: “For me, the adaptation was absolutely wonderful. Jon did an amazing job and the cast were exactly what I’d imagined in my head, even though I didn’t have those specific actors in mind. The look of the cast and how they perform is great and things like the costumes look amazing.”