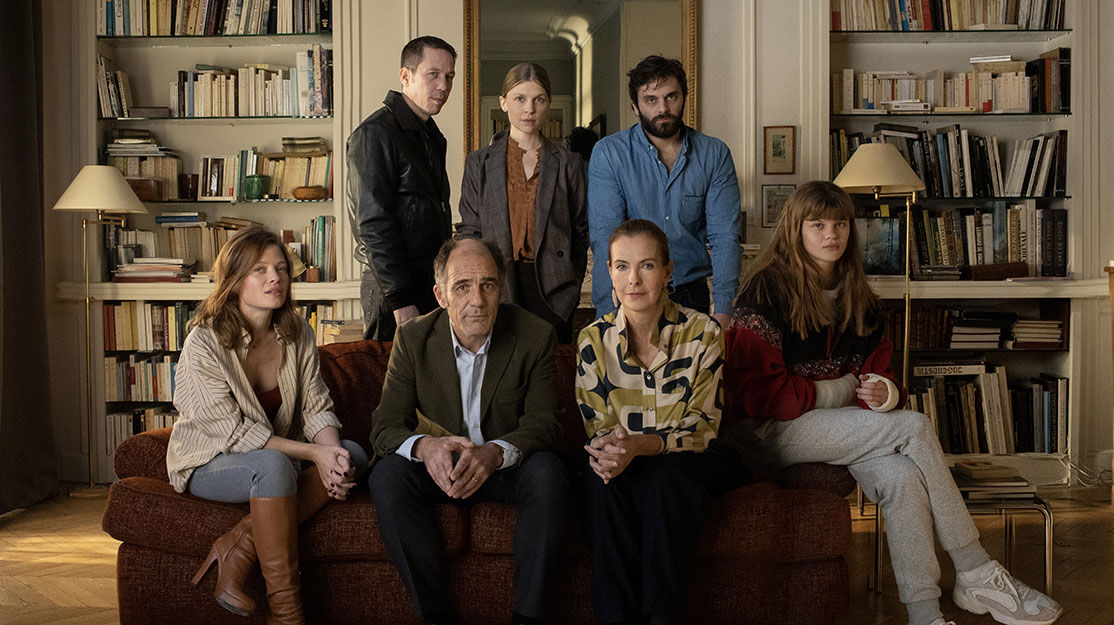 Director Eric Toledano opens up about producing En Thérapie, the French adaptation of Israel’s BeTipul (In Treatment), and reveals why this quiet series is the perfect antidote to an increasingly fast-paced world.

The story of a psychologist and his patients, Israeli drama BeTipul (In Treatment) has been remade more than a dozen times across Europe and around the world since it first aired in 2005. Most famously, HBO in the US adapted the series for three seasons starring Gabriel Byrne, while a fourth season led by Orange is the New Black’s Uzo Aduba will revive the show this month after an 11-year absence.

Earlier this year, France became the latest country to remake the original series, with its version, En Thérapie, earning acclaim from local critics and viewers. The show debuted on Arte on February 4 to two million viewers, the network’s second best drama launch in history. All 35 episodes were also made available online a week before the main broadcast, drawing more than 20 million views in just two weeks.

From a creative team led by long-time directing partners Eric Toledano and Olivier Nakache, the series is set in the aftermath of the 2015 Paris terror attacks. The story unfolds during weekly therapy sessions with five patients all undergoing counselling with Philippe Dayan (Frédéric Pierrot), revealing how French society was left reeling by the devastating events in November that year.

Mélanie Thierry plays Ariane, a surgeon who was on duty after the attacks. Now at a turning point in her relationship with partner Cedric, she confesses she is in love with Philippe. Adel (Reda Kateb) is a police officer who was among those who stormed the Bataclan concert hall, and is now suffering from post-traumatic stress disorder, while 16-year-old Camille (Céleste Brunnquell) may be suffering from suicidal thoughts. Léonora (Clémence Posey) and Damien (Pio Marmaï) seek help together, as years of unsuccessfully trying for a baby have put their relationship under strain.

As he listens to his patients, Philippe himself begins to suffer an unprecedented emotional upheaval, leading him to reach out to his former therapist, Esther (Carole Bouquet), to whom he hasn’t spoken for 12 years.

Toledano and Nakache are best known for movies, and after the terrorist atrocity, their next project was a comedy – 2017’s C’est la vie! Their credits also include The Intouchables, Those Happy Days and Let’s Be Friends.

“We wanted to people laugh in the theatre,” Toldeano tells DQ. “Our first reaction [to the attacks] was comedy, but our second reaction was, ‘How are we going to deal with it?’ We decided to approach Hagai Levi, the original screenwriter of the series in Israel, and we told him it was a good time to approach the idea of In Treatment in France, set just after the attacks.

“It’s like 9/11 in the US. Everyone in France knows exactly where they were when the attacks happened. In France, we say it’s a mark in our collective story. This was the first idea, and the second idea was to pick up all these characters and depict the ambience of the country and French society through the room of the psychiatrist.”

The format behind In Treatment could not be more minimalist or unfussy: a psychologist on one sofa, a patient on another, talking together during the 30-minute episode running time. It proved to be the perfect way for Toledano and Nakache to address the “fragile atmosphere” in France in the wake of the attacks and explore their impact on different members of society.

“Even when it’s a memory of a cop who was inside the Bataclan, you have no flashbacks. You have only his fragility and his way of acting to depict this moment. It’s very pure,” says Toledano. “You have no effects, no flashbacks, no music, no outside sets. Everything is very simple between the two cameras and the two faces. We just focus on their faces and their acting as a way of getting into the stories. It’s completely contrary to everything else we see everywhere [in television and cinema]. We have so much money and so many possibilities to make some new series, but to get back to something very simple was a big challenge.”

En Thérapie marks the directors’ first television project after seven movies together. But they didn’t want to stop making films. Initially, they intended to make the series alongside their film work, shooting all 35 episodes between November 2019 and March 2020. Then when the Covid-19 pandemic hit France and put the whole industry on hiatus, it gave them the opportunity to focus solely on editing the TV show.

The series not only gave them an opportunity to make their first move into television but also allowed them to confront their own reaction to the attacks. “Because we are more known for comedies in France, it was also very good for us to completely change the way to do this job and to approach a more dramatic situation,” Toledano says. “But the most important reason was for us to work in a team. We have done seven movies with the same producer, we write together. This gave us the opportunity to meet new directors and new screenwriters.”

“In general, we never go to sets to see other directors working,” Toledano continues. “But here, we could be on the set because we were producers, screenwriters and there at the origin of the project. It’s good to get out of your room and discover how it works elsewhere and abroad and to approach the methods of other creators.”

With the series taking place across seven weeks, each group of five episodes sees Philippe meet with each of his patients, with the fifth episode following his own therapy session with Esther. Toledano says the stories behind some of the characters were set from the beginning, such as that for Camille, a talented swimmer who begins meeting Philippe after a bike accident in the hope that he will confirm her injuries were not self-inflicted. However, the cop, Adel, was more complicated, as the character struggles with the similarities between his own immigrant background and that of the terrorists, while he also has difficulty respecting the rules of therapy, where there are no quick, comprehensive outcomes.

The team of writers helped Toledano and Nakache immerse themselves in the world of television screenwriting, with the duo also having to adjust to the faster pace of TV filming schedules.

“Usually, in a movie, you have to shoot one or two minutes per day. But when you shoot one episode in two days with En Thérapie, you do almost 20 minutes per day. It’s completely different,” Toledano explains. “The actors are going fast. They have to manage the line between fiction and reality, and it was very intense. For the directors, everyone was very focused on what happened on the actors’ faces. We like to approach new territories in terms of fiction, shooting new worlds, and this was a very good opportunity to do that.”

The pair are now preparing a second season on En Thérapie, with a cast of new actors and new directors behind the scenes. Set five years after season one, it will deal with the impact of a very contemporary crisis: the Covid-19 pandemic.

This new season will not have the same opportunity as the first to reflect on the events. “But that’s why it’s interesting,” Toledano says. “Because it’s different, we can talk about masks and hiding faces. You can deal with a new vocabulary because we have social distancing and we have a barrier between each other. To protect each other, we have to be separated. [The show will] talk about who we are.”

Whatever the subject, Toledano believes that, 16 years after it first aired, the In Treatment format is more relevant than ever in a world where “everybody is speaking but nobody is listening.”

“We are living in a period of cacophony,” he says. “Our society is now in an ‘immediately’ period. What I want to continue to do with the series is to put ‘how to listen’ in the middle of our problems. We have to relearn how to listen to each other.

“We have a character who gets inside the room and says, ‘Now I want to be fixed.’ But sometimes you just need time to be fixed – time for explanation, introspection and reflection. We are living in a fast time, and this programme is very interesting because it taught us that we need a long time for everything. Everything cannot be fixed quickly.”