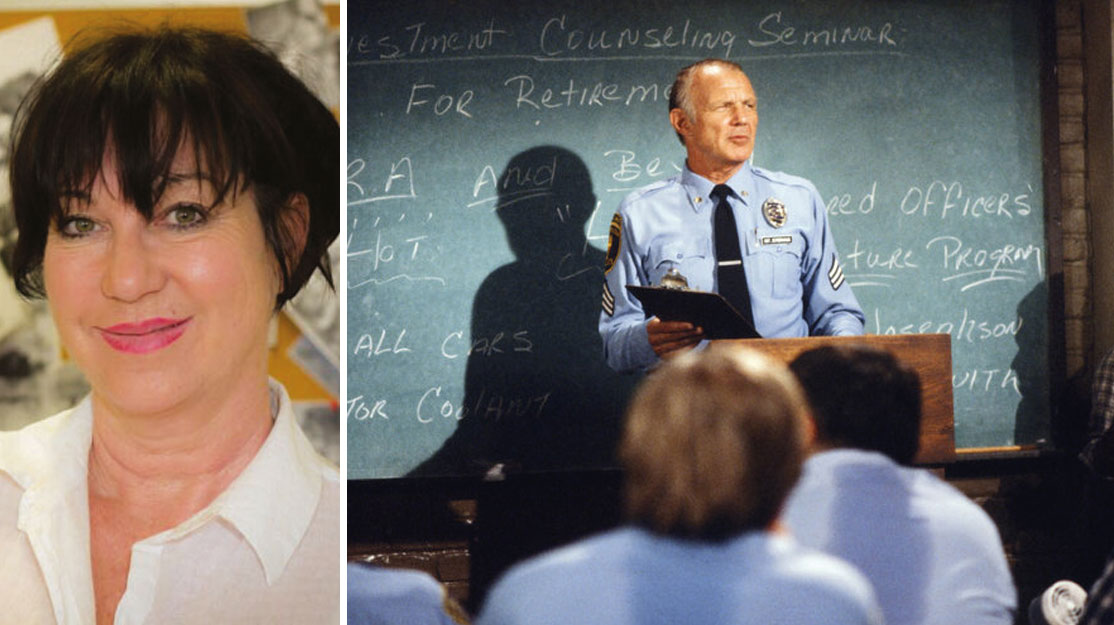 Six of the Best: Victoria Madden

The writer and co-creator of Australian drama The Kettering Incident and forthcoming supernatural thriller The Gloaming picks her six favourite dramas, which include a blend of science fiction, crime and Scandi noir.

Kolchak: The Night Stalker
I remember, thinking back to my childhood, how much I enjoyed shows like The Twilight Zone, The Outer Limits and Doctor Who. Probably my favourite was Kolchak: The Night Stalker, with all the frightening creatures out in the night. I really enjoyed the dynamic between newspaper reporter Kolchak (Darren McGavin) and his editor, Tony Vincenzo (Simon Oakland). Tony never believed Kolchak and I’d be yelling at the TV – ‘I saw it too, Vincenzo!’ But they had a genuine respect for each other. As an adult, I would watch The X-Files and I could definitely see where that show’s creator, Chris Carter, got his inspiration from.

Hill Street Blues
In my 20s and starting to write myself, I was attracted to Hill Street Blues (also pictured above) – basically all of Steven Bochco’s shows. He was a genius, and shows like Hill Street, NYPD Blue and LA Law really changed the landscape of TV. They had long-running storylines where characters developed, rather than resetting each week as the TV model was then. You always wanted to be part of the team, whatever the show. I believe this series changed the way we told stories on TV from that point on.

Life on Mars
This show was a total game-changer for me as a writer. I was working in London on The Bill when Life on Mars was being made and I had done a ton of crime shows up until then. The hybrid of crime, time-travel and mystery elements was fantastic and opened my eyes to the possibilities of genre-blending. I used it as a reference and inspiration for The Kettering Incident, even though they are completely different shows.

Afterlife
This is another British series that has influenced me a lot when it comes to blending the supernatural with crime. Lesley Sharp is one of my all-time favourite actresses and she shines in this. It used to genuinely scare the crap out of me. I am thrilled that I now have Stephen Volk, the creator and writer, as a friend on Facebook. I’m a nerd like that.

Twin Peaks
It is hard to pick one show when we get to the massive change in TV coming out of the US in the 1990s, with the introduction of HBO and the rise of the showrunner model, but I have to go to one of my most revered idols – David Lynch and Twin Peaks. Lynch and Mark Frost created a truly original, unique and luscious TV series with a mix of dreamscape, horror, comedy and soap, and showed the power of a single question: who killed Laura Palmer? The soundtrack was perfect as well.

Forbrydelsen (The Killing)
My final choice is Forbrydelsen (The Killing). I have long been drawn to Scandi shows like Unit One, The Eagle and Wallander, but Denmark’s The Killing brought together a complex female lead with multiple storylines over 20 episodes. This was the first time I genuinely binged on a show, and though I had writing deadlines of my own, I would still be up at 02.00 watching ‘just one more.’ It also paved the way for other great Scandi series like Bron/Broen (The Bridge) and Borgen, which I also love. It even made me want one of Sarah Lund (Sophie Gråbøl)’s jumpers!