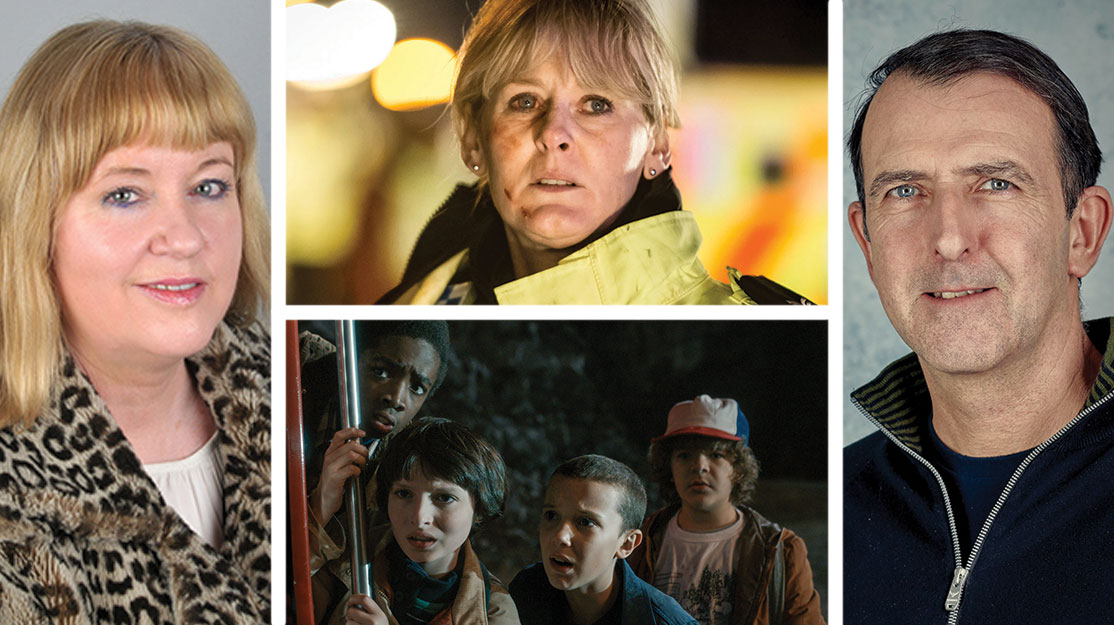 Six of the Best: UKTV

UKTV head of scripted Pete Thornton and drama commissioning editor Philippa Collie Cousins reveal their favourite series, including a couple of US classics and one of the biggest British ratings hits of the past decade.

Queer as Folk
Pete Thornton: This makes the list for sheer audacity. At the time of transmission Channel 4 were at the top of their game as the mischief-makers-in-chief of British television and this series announced the arrival of an exciting new prodco, Red Production Company, and a brilliant new writer in Russell T Davies. I loved it because it was properly bold and incredibly fleet of foot, without ever taking itself too seriously. It was totally unlike anything I had seen before and in one fell swoop it made drama – a genre that seemed at the time to be orientated around old duffers – cool. It’s just a shame they couldn’t keep the original title – Queer as F***.

Bodyguard
Philippa Collie Cousins: A perfect blend of Shakespeare and Hitchcock, Bodyguard is writer Jed Mercurio (Line of Duty) at his artful and witty best. Clever casting from major to minor roles gave this piece an authenticity rarely seen. Keeley Hawes and Richard Madden burned brightly as the leads, but estranged wife Sophie Rundle was the standout performance, which made the final episode more than the sum of its parts. The distinctive eye of French director Thomas Vincent was impressive, and I am sure the camera lenses he used were pretty damn expensive, so well done World Productions for holding their nerve on the creative and delivering. The sound was also extraordinary and beautifully crafted.

Six Feet Under
Thornton: I was hooked from the first frame of the exquisitely beautiful title sequence. A brilliant cast, wonderfully lit and directed as you’d expect, but it was the efficiency of the dialogue that nailed me down. ‘I think if you’re afraid of something, that probably means you should do it’ still rates as one of my favourite lines, and maybe the commissioners at HBO had that ringing in their ears when they greenlit the series. Extraordinarily bold – and darkly funny too – it felt more complete and accomplished than anything I had seen before.

Happy Valley
Collie Cousins: Raw, seamless and truthful, Happy Valley proves television can grab the revered English novel by the scruff of the neck, add some layers to it and better it. The camera was never flashy but was always in the right place, and the performances crackled with authenticity and the painful contradictions of real life. A real step forward for female-led primetime drama. And like The Bridge’s Saga Norén, Sarah Lancashire’s Catherine Cawood woke the BBC1 audience up, depicting a convincing middle-aged flawed heroine. Happy Valley blazed a trail.

Hill Street Blues
Thornton: It all seems like a very long time ago now, but in any trawl back through the memory banks it’s hard to step over Steven Bochco’s titanic achievement. Veering from intense social commentary to something not far from a soap at times, this early example of an ensemble drama challenged a lot of what I had come to expect from watching TV. So many dramas have since followed in its footsteps that it’s easy to forget how groundbreaking this was back in 1981. Plus, they saved loads of time and money not bothering with fancy camera work – nor, indeed, with any make-up or wardrobe department it seems.

Stranger Things
Collie Cousins: Family viewing in our house, which hadn’t been seen since Sherlock, Billie Piper and David Tennant’s Doctor Who or Brooklyn Nine-Nine. How precious it is to have shared viewing, uniting the age groups in the dark with gripping viewing. Winona Ryder, my heroine since Heathers, was superb and the iconography of the series drew on Steven Spielberg’s ET and Close Encounters of the Third Kind, mixed with an indie feel of The Virgin Suicides and Drugstore Cowboy. I’m not sure I bought the later episodes when the secret was revealed, but I loved the urgency to solve the mystery and the sheer horror of a boy trapped in a parallel reality. British actor Millie Bobby Brown gave a standout performance as Eleven and the production design was faultless and elegant.