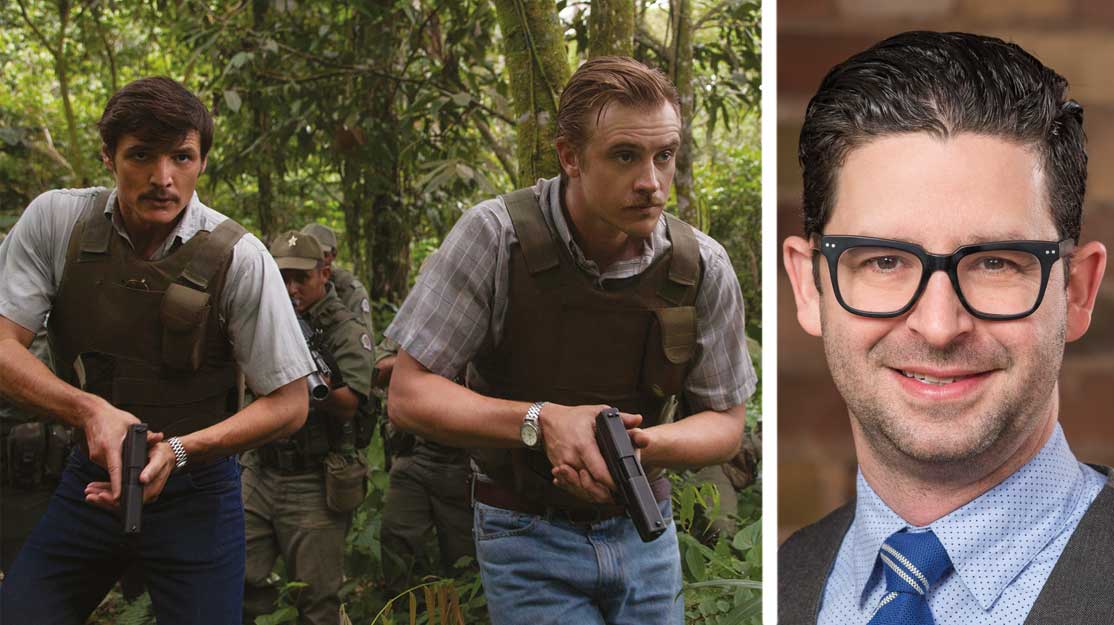 Six of the Best: Aron Levitz

The head of storytelling platform Wattpad Studios opts for a mixture of science-fiction series, a ground-breaking non-English-language thriller and an iconic Mafia drama.

Star Trek: The Next Generation
Star Trek sparked one of the first true TV fandoms. Long before remakes and reboots became the norm, Star Trek: The Next Generation set the standard for reimagining a franchise in fresh ways. It accomplished what many would have thought an impossible task: satisfying Star Trek’s die-hard fans and remaining true to the visionary show that came before it, while also creating something unique in its own right.
From the first episode, it featured compelling characters and tackled heady topics, travelling to the limits of where human achievement and imagination might one day take us. It was also a refreshingly diverse show, creating complex, powerful and challenging roles for women and people of colour. It was not perfect, but it accomplished more in this area than many shows today can claim.

The Sopranos
This series gave us a familiar subject in new ways. Mafia narratives have been part of American pop culture for decades, but The Sopranos gave us a more complicated vision of villains and heroes; family members and gangsters. The past decade has been defined by antihero narratives, and in many ways The Sopranos set the template for the amazing shows and films that followed. It was also one of the first shows that gave us the water-cooler effect. People tuned into the show every Sunday and then gathered to talk about it the next day.

Legion
Superheroes are everywhere and they are always fun. But they rarely take formal and narrative risks to create a unique dramatic TV experience. Legion exists in a superhero world but it’s mostly devoid of them. It remixes the superhero formula, reinventing what people expect of super-beings and superpowers. While superhero films get bigger and bigger, always looking towards the next intergalactic villain or catastrophe, Legion turns inward and shows that the biggest struggles are sometimes inside one’s own mind. It’s a refreshing and unique subject for a TV show to tackle.

The X-Files
From the moment it hit screens, The X-Files felt like something different. Mulder and Scully gave us deeply divergent and conflicting world views that somehow managed to coalesce into a powerful human connection. Chris Carter and his team created a masterclass in straddling the line between one-off narratives and a larger story arc to keep viewers coming back.
The show hinted at big multinational and intergalactic conspiracies across seasons, while also delivering creature-feature episodes that worked on every level. Along with Buffy the Vampire Slayer, The X-Files was also the start of modern online fandom, creating a community of followers dedicated to the show, its characters and the world they lived in.

Narcos
This Spanish-language drama proved to America’s audiences and entertainment industry what everyone else in the world already knew: that the best entertainment isn’t always in English and doesn’t need to cater to US viewers. The idea that American audiences would sit through 10 hours of largely subtitled storytelling would have seemed impossible a few years ago, but Narcos (also pictured top) proved that’s not the case. This hasn’t been a one-off situation. Narcos’ subsequent seasons, along with shows like 3% and Dark, have shown that incredible stories transcend borders and languages.

Mr Robot
Many shows touch on social issues, but Mr Robot stands out for taking an important issue of our time – the distribution of wealth – as its central idea. Combined with its sensitive and nuanced look at mental health, the show creates incredible drama from two of the most relevant issues facing our world today.