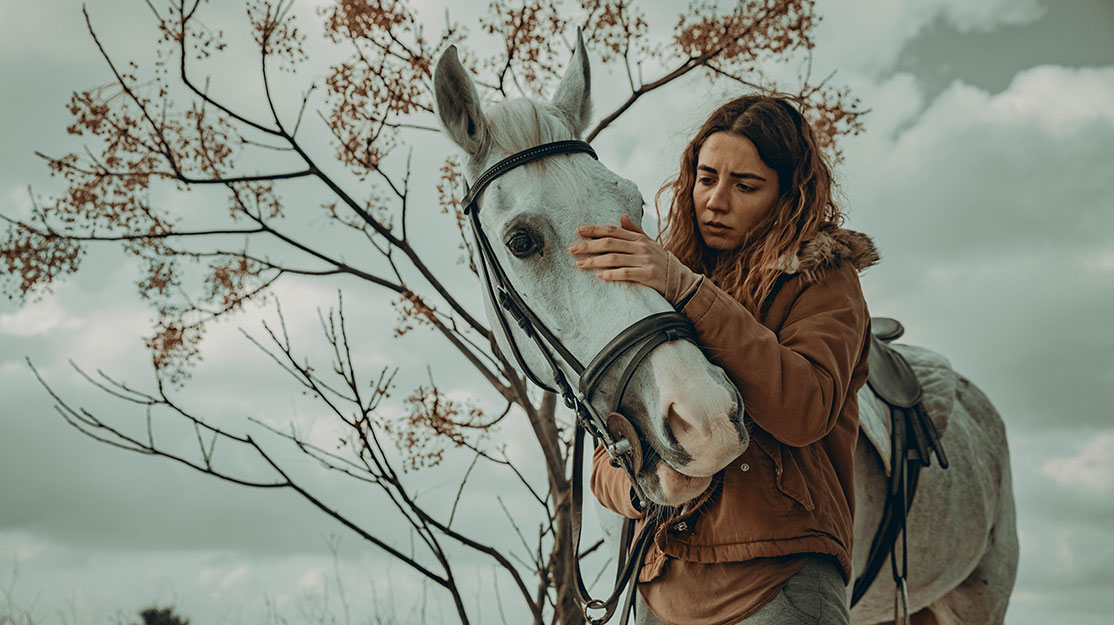 Filmmaker Kaan Müjdeci and producer Kanat Doğramaci speak to DQ about Turkish fantasy drama Hamlet, a contemporary take on William Shakespeare’s play that follows a young woman out to avenge her father’s murder.

A contemporary, gender-flipping take on William Shakespeare’s iconic play, Turkish fantasy drama Hamlet sets the action on the island of Büyükada. On the night 81 horses are to be buried in a mass grave, their owner Ahmet is killed by his greedy brother Kadir, who is out for Ahmet’s money.

With Kadir making the murder look like an accident, nobody in the town questions Ahmet’s death except his daughter Hazar. When she starts to investigate what might have actually happened, she puts together a plan to avenge her father and expose the killer.

Due to debut on Gain in October, Hamlet became the first Turkish series chosen in competition at French television festival Series Mania, where the series had its world premiere at the end of August.

Here, Müjdeci and producer Kanat Doğramaci tell DQ about adapting Shakespeare and escaping the Covid-19 pandemic on an island off the coast of Istanbul.

Introduce us to the story of Hamlet.
Müjdeci: We adapted Hamlet to today, to a family in the horse carriage business in Büyükada, the largest of the Princes’ Islands off the coast of Istanbul. Our Hamlet is a young woman called Hazar. When Hazar’s father gets murdered, the balance of power shifts. Her uncle Kadir takes control after her father’s death. Kadir, who also gets intimate with Hazar’s mother, becomes the one and only suspect of the murder.

Kanat, how did you partner with Kaan on the project?
Doğramaci: I first met Kaan when we were working on his second feature, Iguana Tokyo, which is currently in post-production. The project has been like a long journey, and this has brought us closer personally and professionally. While at a stand-still during the pandemic, we decided to bring to life his Hamlet project, which had been on the back-burner for quite some time.

Kaan, why was this a story you wanted to tell?
Müjdeci: The tragedy of Hamlet seems to have been perpetuating itself for centuries. Shakespeare is one of the best, if not the very best, creators to have showcased the primitive sides of human beings. I wanted to see what has changed and what remains the same. It was a learning curve and a whole new experience for me.

How has the original play been transformed for this contemporary story?
Doğramaci: While the original play is set in the late Middle Ages in a kingdom in Denmark, our project is set in the present and depicts the shift of power in the horse carriage business, which could be regarded as a sort of kingdom, in the sense that they were once untouchable. Today, horse carriages have been banned following the municipal elections and a change of mayor. The topic has raised a lot of interest and has become an important political issue. The basic instincts of humans remain the same, regardless of time and space. This resulted in the emergence of a lot of common points between the original play and today’s political struggles.

Tell us about the main cast and how they were chosen for their roles.
Müjdeci: In a sense, I went with the flow. There is no such thing as bad acting; there is only bad directing.

Doğramaci: For a major adaptation like this, we had to work with very professional actors. We tried to bring together people whose careers and abilities we trusted. For this, we worked very closely with the cast director and casting team. We unanimously decided that Elif İşçan, with an international career, would be the best choice for Hazar. As for her uncle Kadir, who is our version of Claudius, I don’t think anyone could do a better job than the legendary Erdal Beşikçioğlu.
Apart from our lead characters, our supporting characters are also very successful actors and they were all carefully auditioned. They have all brought in so much to their roles and this project. We see every one of them as leading stars. We feel lucky to have worked with such great actors.

Why did you choose Büyükada as the setting of the show?
Müjdeci: Apart from the story being based on events that transpired on the island, it was the only place where I could shoot relatively freely during the Covid-19 pandemic.

Doğramaci: Due to the pandemic, during the pre-production phase, we were looking for a location where we could work comfortably and safely. Kaan thought of Princes’ Islands. In fact, when he went there to explore the location for just a short while, he decided not to come back. He settled on the island. As someone looking from the outside, I can say it was love at first sight for him. To me, Kaan and Princes’ Islands are inseparable. Princes’ Islands is a place the modern world couldn’t spoil. It might be the one and only place in Istanbul where it’s as if you’re in a different realm with the architecture and native people. It’s almost as if the island is stuck in time. Additionally, we were very happy to meet the good-willed locals. They helped us a lot.
I am happy that I was able to keep [the pandemic] from affecting our director. For every new problem, we had to find new solutions. Working at an isolated and low-populated location like Princes’ Islands was, of course, an advantage. However, the real advantage was the fact that our team and cast were mindful of the pandemic, and their dedication and collaboration has played a crucial part in all of it. Because of this, we were able to complete the process without being overburdened by the negative effects, but we were also very lucky.

What were the biggest challenges you faced in development or production?
Müjdeci: My inner struggle, my indecisiveness – thinking an idea was brilliant one day and terrible the next.

Doğramaci: Throughout the project, the most trying factor was the pandemic. This must be the common answer given by all production crews in the past two years.

How does Hamlet represent the kinds of dramas being produced in Turkey at the moment?
Doğramaci: Generally speaking, when you hear the phrase ‘Turkish-produced series’ in the international arena, there are certain stereotypical assumptions. These types of productions are mostly broadcast in daytime slots in foreign countries. Episodes are too long and this negatively impacts the quality. Streaming platforms are on the rise in Turkey – there are many platforms – but platforms like Gain, which launched in December 2020, are producing new, daring and high-quality content. We think our project is one of the best examples of this. Being the first Turkish project to compete at Series Mania is the proof.