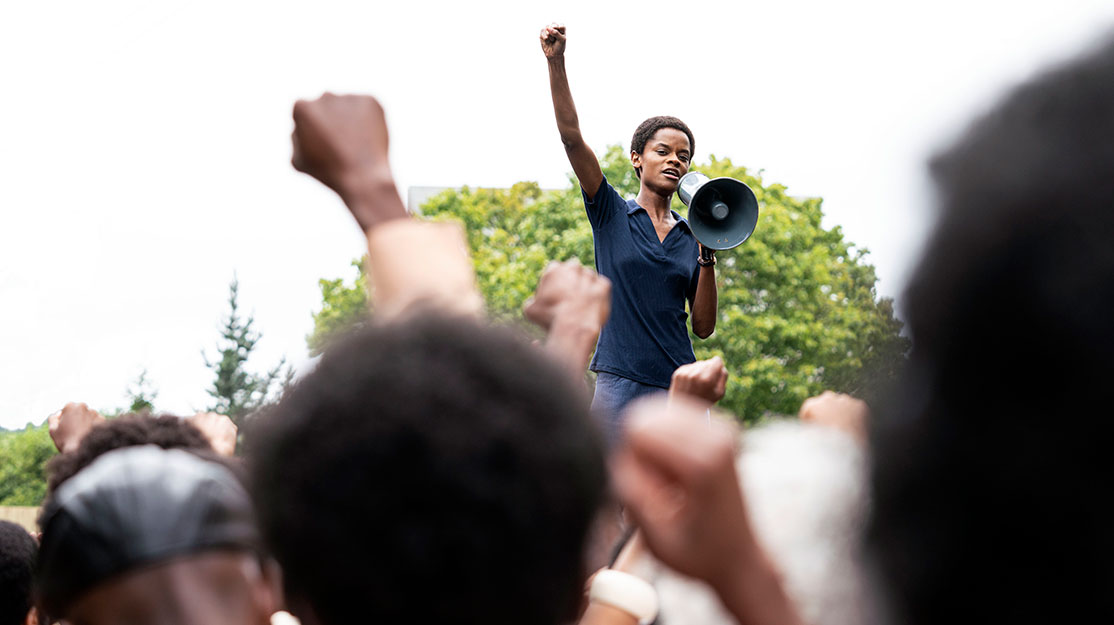 DQ checks out the upcoming schedules to pick out 10 new dramas to watch this November, from Netflix’s first original Egyptian drama to a new thriller from the creator of Big Little Lies and a Swedish real-life crime story. 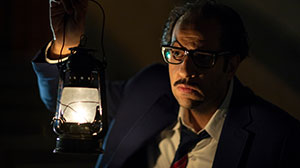 Paranormal
From: Egypt
Original broadcaster: Netflix
Starring: Ahmed Amin, Razane Jammal and Ayah Samaha
Air date: November 5
The streamer’s first original Egyptian series, this Arabic drama introduces Dr Refaat Ismail (Amin, pictured), a cynical Haematologist with a dark sense of humour who goes through a “journey of doubt” as his world is turned upside down after his lifelong scientific convictions are questioned. Refaat is accompanied by his university colleague, Maggie McKillop (Jammal), as they enter the paranormal world and try to save their loved ones from the immense danger that surrounds them. The story is based on the thriller novel series of the same name by Ahmed Khaled Tawfik. 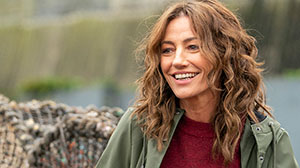 The South Westerlies
From: Ireland
Original broadcasters: Acorn TV, RTÉ
Starring: Orla Brady, Eileen Walsh, Patrick Bergin, Steve Wall, Ger Ryan and Sorcha Cusack
Air date: November 9 on Acorn TV in the US, Canada, UK, Australia and New Zealand. Launched in Ireland on RTÉ in September.
Kate Ryan (Brady, pictured) is a single working mum and environmental consultant in Dublin who is keen on earning a highly prized promotion. However, this requires her to return to the town she’s avoided for 15 years, where she has a complicated history and old secrets that she wants to keep firmly under wraps. Kate decides to go undercover to quell opposition to her company’s offshore wind farm, but her past with the town threatens to expose more than her hidden mission. 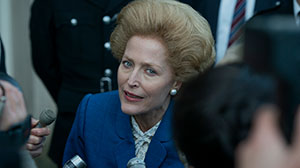 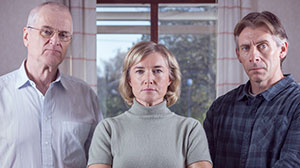 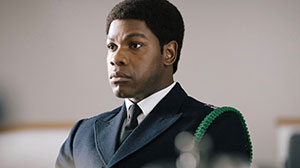 Small Axe
From: UK
Original broadcasters: BBC, Amazon Prime Video
Starring: Letitia Wright, Shaun Parkes, Malachi Kirby, Micheal Ward, Amarah-Jae St Aubyn, Kenyah Sandy, Sharlene Whyte, Daniel Francis, Naomi Ackie, Sheyi Cole, Jonathan Jules, John Boyega and Steve Toussaint
Air date: November 15 in the UK on BBC1, November 20 on Amazon Prime
From Oscar- and Bafta-winning director Steve McQueen, Small Axe is a collection of five films set from the late 1960s to the mid-1980s, each telling a story involving London’s West Indian community, showing how their lives have been shaped by their own force of will, despite rampant racism and discrimination.
Mangrove (pictured top) centres on the owner of a Caribbean restaurant in Notting Hill; Lovers Rock is the fictional story of young love at a blues party in 1980; Education is the coming-of-age story of 12-year-old Kingsley, who is fascinated by astronauts and rockets; Alex Wheatle follows the true story of the eponymous award-winning writer; and Red, White & Blue (left) is the true story of Leroy Logan, a young forensic scientist driven to realise a childhood ambition of becoming a police officer. 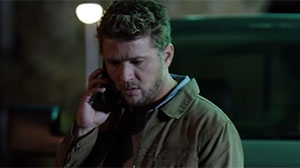 Big Sky
From: US
Original broadcaster: ABC
Starring: Katheryn Winnick, Kylie Bunbury, Brian Geraghty, Dedee Pfeiffer, Natalie Alyn Lind, Jade Pettyjohn, Jesse James Keitel, Valerie Mahaffey, John Carroll Lynch and Ryan Phillippe
Air date: November 17
A thriller from David E Kelley (Big Little Lies) and based on the books by CJ Box, Big Sky follows private detectives Cassie Dewell and Cody Hoyt as they join forces with the latter’s estranged wife and ex-cop, Jenny Hoyt, to search for two sisters who have been kidnapped by a truck driver on a remote highway in Montana. But when they discover these are not the only girls who have disappeared in the area, they must race against the clock to stop the killer before another woman is taken.

No Man’s Land
From: France, Israel
Original broadcasters: Hulu, Arte
Starring: Félix Moati, Mélanie Thierry, Souheila Yacoub, Dean Ridge, James Krishna Floyd, James Purefoy, Jo Ben Ayed, Roda Canioglu and Simon Harrison
Air date: November 18 on Hulu
In this drama set against the backdrop of the Syrian civil war, young Frenchman Antoine (Moati) goes in search of his estranged sister, who is presumed dead. While unravelling the mystery, Antoine ends up joining forces with a unit of Kurdish female fighters and travels with them in ISIS-occupied territory. Antoine’s journey sees him cross paths with adventurers and anarchists, spies and innocent victims, and provides a unique look at the tragic events in Syria and the way they affect the entire world. 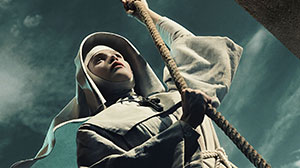 Black Narcissus
From: UK/US
Original broadcasters: FX, BBC
Starring: Gemma Arterton, Alessandro Nivola, Aisling Franciosi, Diana Rigg, Jim Broadbent, Rosie Cavaliero, Karen Bryson, Patsy Ferran, Nila Aalia, Kulvinder Ghir, Chaneil Kular, Dipika Kunwar, Gina McKee, Soumil Malla and Gianni Gonsalves
Air date: November 23 on FX in the US; December on the BBC in the UK
Based on Rumer Godden’s novel and set during the latter years of British rule in India, Black Narcissus focuses on ambitious young nun Sister Clodagh (Arterton, pictured) as she heads a mission to a remote part of the Himalayas. The palace of Mopu has been donated by General Toda Rai, who hopes the Sisters of St Faith will rid the ‘House of Women’ of unhappy memories connected to his late sister, Srimati. Although Clodagh ignores the warnings of the general’s raffish agent Mr Dean, isolation and illness soon take their toll, with the haunting atmosphere of the palace particularly affecting volatile Sister Ruth. As past and present collide, the arrival of the young General Dilip Rai is the catalyst for an explosion of repressed desires that may end in a fatal confrontation. 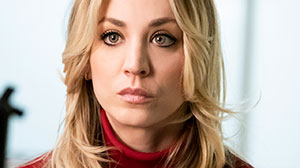 The Flight Attendant
From: US
Original broadcaster: HBO Max
Starring: Kaley Cuoco, Michiel Huisman, Rosie Perez, Zosia Mamet, Michelle Gomez, TR Knight, Colin Woodell, Merle Dandridge, Griffin Matthews and Nolan Gerard Funk
Air date: November 26
This eight-episode limited series sees a flight attendant (Cuoco, pictured) wake up in the wrong hotel, in the wrong bed, with a dead man – and no idea what happened. The dark comedic thriller is based on the novel of the same name by Chris Bohjalian. 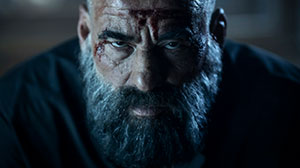 30 Monedas (30 Coins)
From: Spain
Original broadcaster: HBO Europe
Starring: Eduard Fernández, Miguel Ángel Silvestre and Megan Montaner
Air date: November 29
From director Álex de La Iglesia, 30 Coins is set in a world where nothing is as it seems and nobody can be trusted. Father Vergara (Fernández, pictured) is an exorcist, boxer and ex-convict who is exiled by the church to be the priest of a remote town in Spain. He wants to forget and be forgotten, but his enemies will soon find him. Strange things begin to happen, and an unlikely task force of Mayor Paco (Silvestre) and local vet Elena (Montaner) seek the truth, while reality is distorted by a cursed coin which is at the heart of a global conspiracy.