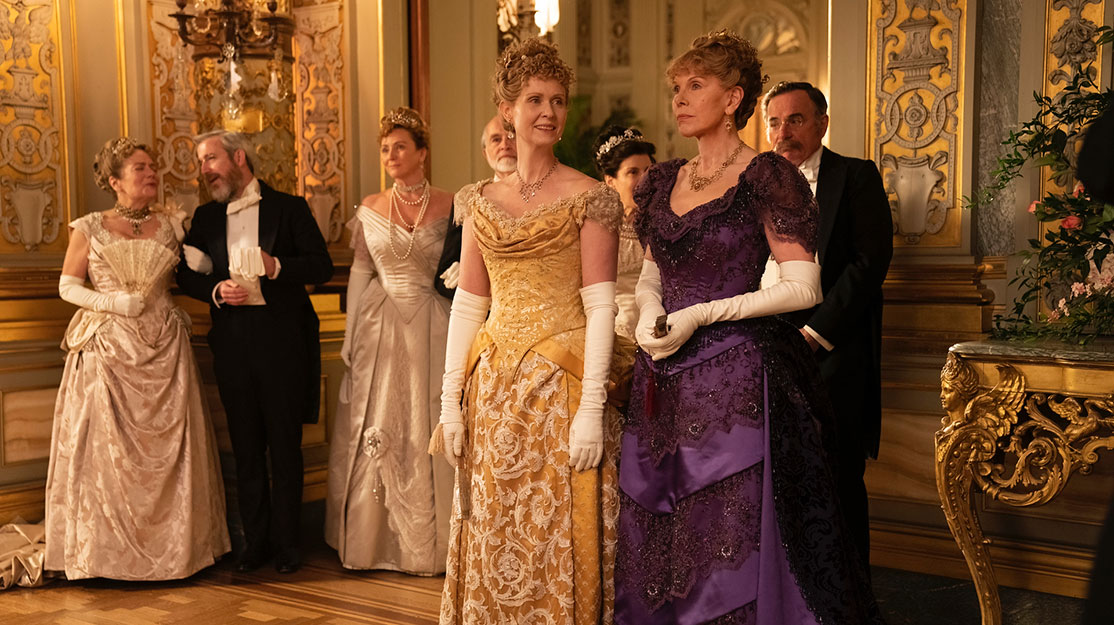 DQ checks out the upcoming schedules to pick out 10 new series to watch this January, from a show-stopping German period drama and a Spanish crime thriller to British programmes set in the worlds of urgent-response police officers and bomb-disposal operatives. 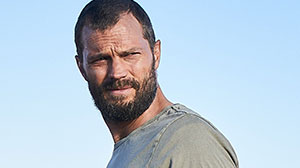 The Tourist
From: UK/Australia
Original broadcaster: BBC (UK), HBO Max (US), Stan (Australia), ZDF (Germany)
Starring: Jamie Dornan, Danielle Macdonald, Shalom Brune-Franklin, Ólafur Darri Ólafsson, Alex Dimitriades and Damon Herriman
Air date: January 1 (UK)
From the writers behind Baptiste, The Missing and Liar comes this thriller set in the remote Australian outback. Dornan plays ‘The Man,’ a Briton who is pursued by a tank truck trying to drive him off the road. When he later wakes in hospital, he has no idea who he is. With merciless figures from his past pursuing him, The Man’s search for answers propels him through the vast and unforgiving outback.
Watch trailer 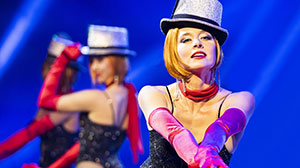 Der Palast (The Palace)
From: Germany
Original broadcaster: ZDF
Starring: Svenja Jung, Anja Kling, Heino Ferch, Hannes Wegener, August Wittgenstein, Luise Befort, Hermann Beyer, Ursula Werner, Inka Friedrich and Friedrich von Thun
Air date: January 3
This show opens in Berlin in 1988 as the city is preparing for the 40th anniversary of the German Democratic Republic (East Germany). In the legendary Friedrichstadt-Palast theatre, ballet dancers are rehearsing for a big birthday show. Chris, a dancer in the ensemble, is excited to have the chance to perform her first solo. But when she discovers she has a twin sister, Marlene, two worlds collide: on one side of the Berlin Wall, the socialist East and their mother; on the other, a long-established, conservative family business, the capitalist West and their father. The women quickly decide to swap places and dive into each other’s lives, confusing and deceiving their families, friends and colleagues. The pair are pushed to their emotional limits as they take an enormous risk yet have the best fun on this adventure of a lifetime. 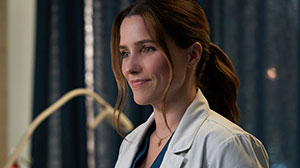 Good Sam
From: US
Original broadcaster: CBS
Starring: Sophia Bush and Jason Isaacs
Air date: January 5
Good Sam follows Dr Sam Griffith (Bush), a gifted heart surgeon who excels in her new role as chief of surgery after her renowned boss, Dr Rob ‘Griff’ Griffith (Isaacs), falls into a coma. When Dr Griffith wakes up months later, demanding to resume his duties, Sam is tasked with supervising this egotistical expert with a scalpel who never acknowledged her stellar talent. Complicating matters, he also happens to be her father. Will this father and daughter ever be able to mend their own relationship as expertly as they heal the hearts of their patients?
Watch trailer 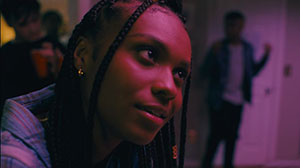 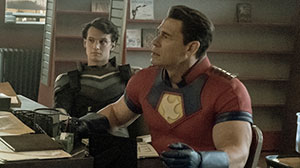 Peacemaker
From: US
Original broadcaster: HBO Max
Starring: John Cena, Danielle Brooks, Freddie Stroma, Jennifer Holland, Steve Agee, Chukwudi Iwuji and Robert Patrick
Air date: January 13
Written and directed by James Gunn, based on his 2021 feature The Suicide Squad, this series follows Cena’s eponymous Peacemaker, a compellingly vainglorious man who believes in peace at any cost, no matter how many people he has to kill to get it.
Watch trailer 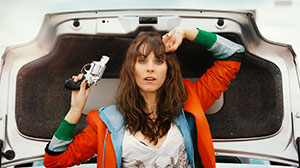 Express
From: Spain
Original broadcaster: StarzPlay (Spain, Italy, France and Latin America)
Starring: Maggie Civantos
Air date: January 16
This Spanish-language series tells the story of criminal psychologist Bárbara (Civantos) and her family after she becomes the victim of a new form of violent crime – express kidnapping. Now working as a negotiator on similar cases to her own, Bárbara is on a mission to understand why this happened to her and uncover the people who threatened her life and her family.
Watch trailer 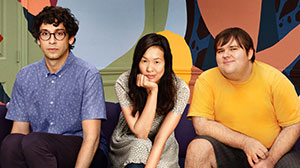 As We See It
From: US
Original broadcaster: Prime Video
Starring: Rick Glassman, Albert Rutecki and Sue Ann Pien
Air date: January 21
From Jason Katims (Friday Night Lights) comes this English-language adaptation of Israeli series On the Spectrum, in which three 20-something roommates on the autism spectrum strive to get and keep jobs, make friends, fall in love and navigate a world that often eludes them. With the help of their families, aide, and sometimes even each other, these roommates experience setbacks and celebrate triumphs on their own unique journeys towards independence and acceptance. Series stars Glassman, Rutecki, and Pien all identify as living on the autism spectrum.
Watch trailer 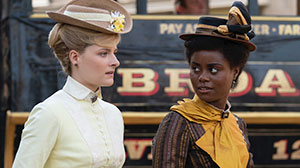 The Gilded Age
From: US
Original broadcaster: HBO
Starring: Carrie Coon, Morgan Spector, Denée Benton, Louisa Jacobson, Taissa Farmiga, Blake Ritson, Simon Jones, Harry Richardson, Thomas Cocquerel, Jack Gilpin, Cynthia Nixon and Christine Baranski
Air date: January 24
The long-awaited new period drama from Downton Abbey creator Julian Fellowes, The Gilded Age begins in 1882 with young Marian Brook (Jacobson) moving from rural Pennsylvania to New York City after the death of her father to live with her thoroughly old-money aunts Agnes van Rhijn (Baranski) and Ada Brook (Nixon). Accompanied by Peggy Scott (Benton), an aspiring writer seeking a fresh start, Marian inadvertently becomes enmeshed in a social war between one of her aunts, a scion of the old-money set, and her stupendously rich neighbours, a ruthless railroad tycoon and his ambitious wife, George (Spector) and Bertha Russell (Coon). Exposed to a world on the brink of the modern age, will Marian follow the established rules of society or forge her own path?
Watch trailer 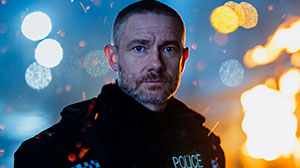 The Responder
From: UK
Original broadcaster: BBC
Starring: Martin Freeman and Adelayo Adedayo
Air date: January TBC
Written by ex-police officer Tony Schumacher, The Responder stars Freeman as Chris, a crisis-stricken, morally compromised, unconventional urgent-response officer tackling a series of night shifts on the beat in Liverpool. While trying to keep his head above water both personally and professionally, Chris is forced to take on rookie partner Rachel (Adedayo). Both soon discover that survival in this high-pressure, relentless nighttime world will depend on them either helping or destroying each other.
Watch trailer 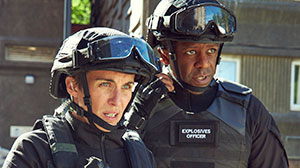 Trigger Point
From: UK
Original broadcaster: ITV
Starring: Vicky McClure, Adrian Lester, Mark Stanley, Warren Brown, Kerry Godliman, Cal MacAninch, Manjinder Virk and Ralph Ineson
Air date: January TBC
From new writer Daniel Brierley and produced by Jed Mercurio (Line of Duty, Bodyguard), Trigger Point is set in the world of bomb-disposal operatives and counterterrorism policing. McClure plays front-line officer Lana Washington, an experienced ‘Expo,’ and Lester is Joel Nutkins, who works alongside her. Both ex-military, the pair are close, having served together in Afghanistan. When a terrorist campaign threatens the capital over the summer, the Expos are at the forefront of urgent efforts to find out who is behind the bombings before fatalities escalate.
Watch trailer

tagged in: As We See It, Der Palast, Express, Good Sam, Naomi, Peacemaker, The Gilded Age, The Palace, The Responder, The Tourist