DQ checks out the upcoming schedules to pick out 10 new series to watch this December, from crime dramas set in Iceland and India to a globe-trotting adventure and the follow-up to A Very English Scandal. 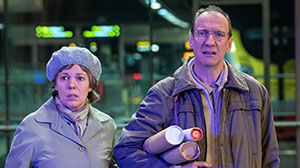 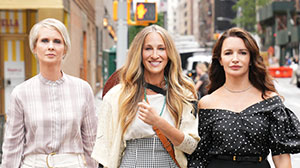 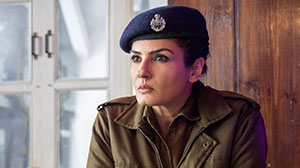 Aranyak
From: India
Original broadcaster: Netflix
Starring: Raveena Tandon, Parambrata Chatterjee, Ashutosh Rana, Zakir Hussain and Megna Malik
Air date: December 10
Film star Tandon heads the cast of this thriller, in which she plays a harried local cop in a misty Himalayan town who must join forces with her city colleague (Chatterjee) to solve the mystery of a missing tourist – a case that digs up skeletons and revives the forgotten Himalayan myth of a bloodthirsty serial-killing entity in the forest.
Watch trailer 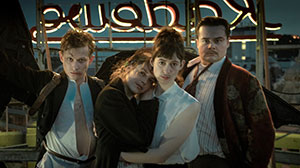 KaDeWe
From: Germany
Original broadcaster: ARD
Starring: Valerie Stoll, Lia von Blarer, Joel Basman and Damian Thüne
Air date: December 20 (ARD Mediathek), December 27 (Das Erste)
This period drama set during Berlin’s Roaring Twenties centres on Kaufhaus Des Westens (KaDeWe), the second largest department store in Europe. The series opens as a robbery leads to a magical encounter between Hedi (Stoll), a sales assistant in the textile department, and Fritzi (Von Blarer), the daughter of KaDeWe owner Adolf Jandorf. Against all odds, the two young women start a secret relationship. At the same time, war veteran and KaDeWe heir Harry (Basman) is fighting for his father’s recognition. His accomplice and competitor, Georg (Thüne), who has worked his way up from poor beginnings to senior management, will play a decisive role as the Nazis take over. 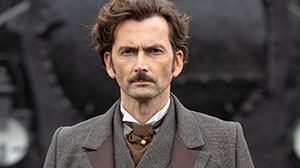 Svörtu sandar (Black Sands)
From: Iceland
Original broadcaster: Channel 2
Starring: Aldís Amah Hamilton
Air date: December 25
Set against the backdrop of the iconic black sandy beach at Reynisfjara, this crime story (also pictured top) introduces 30-something detective Anita (Hamilton) who, after burning her bridges with the Reykjavik metropolitan police, is forced to leave the capital city and take up a post in her childhood village. There, she must face her abusive mother for the first time in 10 years, while also investigating the death of a tourist. 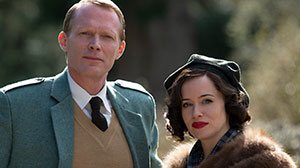 A Very British Scandal
From: UK
Original broadcaster: BBC
Starring: Claire Foy and Paul Bettany
Air date: Christmas
The second season of A Very English Scandal, which starred Hugh Grant as 1970s politician Jeremy Thorpe, A Very British Scandal focuses on the divorce of the Duke (Bettany) and Duchess of Argyll (Foy), one of the most notorious, extraordinary and brutal legal cases of the 20th century. Famed for her charisma, beauty and style, Margaret, Duchess of Argyll, dominated the front pages as tales of forgery, theft, violence, drug-taking, secret recording, bribery and an explicit polaroid picture played out in the white-hot glare of the 1960s media. Serial Agatha Christie adapter Sarah Phelps takes over writing duties from S1’s Russell T Davies. 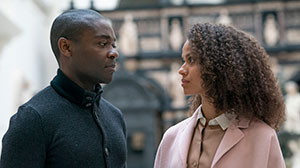 The Girl Before
From: UK
Original broadcaster: BBC
Starring: Gugu Mbatha-Raw, David Oyelowo, Jessica Plummer and Ben Hardy
Air date: Christmas
Jane (Mbatha-Raw) gets the chance to move into a beautiful, ultra-minimalist house designed by an enigmatic architect (Oyelowo). There’s just one catch: occupants have to abide by his list of exacting rules. Jane starts to feel the house changing her in unexpected ways – and when she makes a shocking discovery about her predecessor Emma (Plummer), she’s forced to confront unnerving similarities between herself and the girl before. As the two women’s timelines interweave, Jane begins to question if her fate will be the same. The four-part series is based on JP Delaney’s novel of the same name. 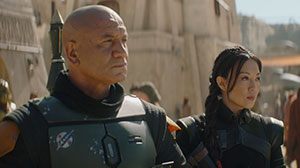 The Book of Boba Fett
From: US
Original broadcaster: Disney+
Starring: Temuera Morrison, Ming-Na Wen and Jennifer Beals
Air date: December 29
Teased in the end-credit sequence of the second season finale of The Mandalorian, this Star Wars adventure finds legendary bounty hunter Boba Fett (Morrison) and mercenary Fennec Shand (Wen) navigating the galaxy’s underworld when they return to the sands of Tatooine to stake their claim on the territory once ruled by Jabba the Hutt and his crime syndicate.
Watch trailer 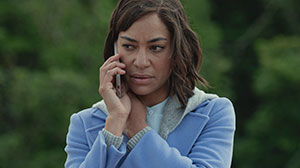 Stay Close
From: UK
Original broadcaster: Netflix
Starring: Cush Jumbo, James Nesbitt, Richard Armitage and Sarah Parish
Air date: December 31
The latest Netflix project from novelist Harlan Coben, based on his novel of the same name, this show follows three people living comfortable lives but concealing dark secrets: working mother-of-three Megan (Jumbo); Ray (Armitage), a once promising documentary photographer now stuck in a dead-end job pandering to celebrity-obsessed rich kids; and Broome (Nesbitt), a detective unable to let go of a missing persons cold case. When Lorraine (Parish), an old friend from Megan’s past, delivers some shocking news, the impact is felt by all three characters as the past comes back to haunt them and threatens to ruin their lives and those of the people around them.

tagged in: A Very British Scandal, And Just Like That…, Aranyak, Around the World in 80 Days, Black Sands, KaDeWe, Landscapers, Stay Close, Svörtu sandar, The Book of Boba Fett, The Girl Before