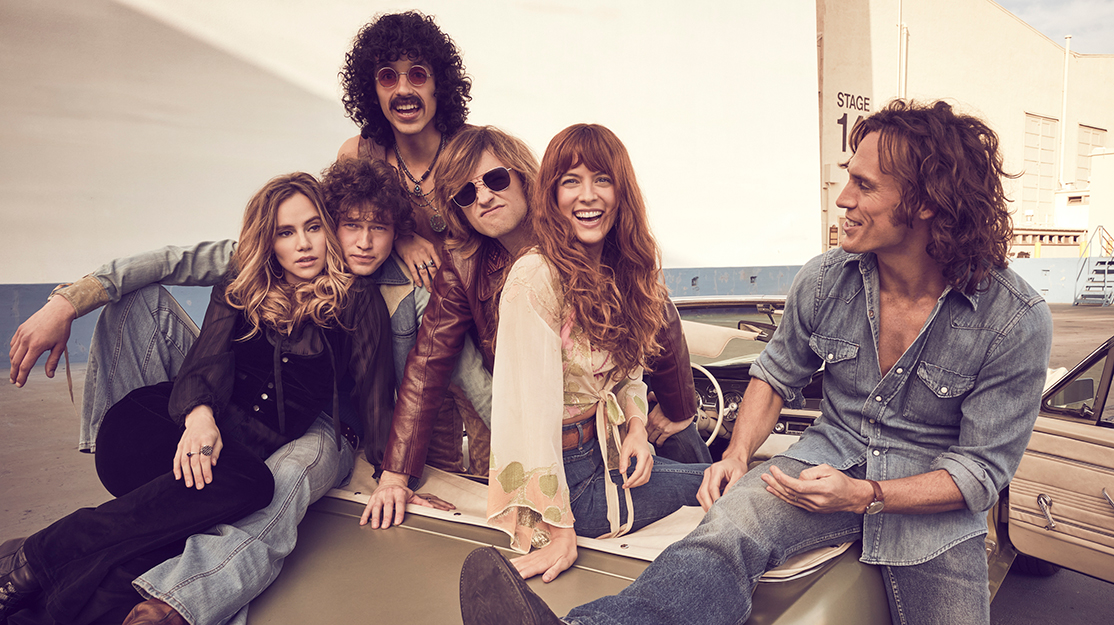 DQ looks ahead to 2023 and picks out 20 new dramas expected to air over the coming year, from a unique police procedural and a Danish prison drama to a Bridgerton spin-off and a pair of music dramas. 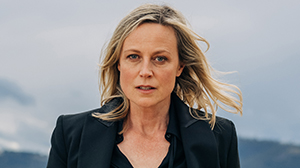 Set on Tasmania’s rugged west coast, Bay of Fires tells the story of Stella (Dusseldorp), who is unexpectedly dropped into a small community with her children. But it’s not the kind of place they put on postcards – it is instead rife with simmering feuds, crime and, sometimes, murder.
Watch trailer 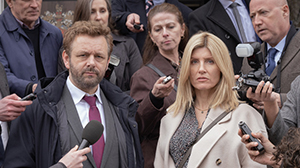 Written by Jack Thorne (Help), Best Interests follows married couple Nicci and Andrew, whose daughter Marnie has a life-threatening condition. When they are told by doctors that it would be in Marnie’s best interests to let her die, against the wishes of the family, a fight begins through the courts as they struggle to contemplate this huge decision.

A crime procedural with a twist, based on the graphic novel by Si Spencer, Bodies follows four detectives in four different eras of London who find themselves investigating the same murder – an unidentified body in Whitechapel – and uncovering a conspiracy spanning 150 years.

This eight-part music drama, described as a love letter to black British music is written by Queenie author Candice Carty-Williams in her first television project. Rap sensation Bosco Champion is home from prison and ready to dominate the music industry once more. But when his dutiful younger sister Vita’s own talent is discovered by Bosco’s rival, Bulla, she steps out of her brother’s shadow to become a performer in her own right, setting the Champion siblings against one another and tearing apart the whole family in the process.
Watch trailer 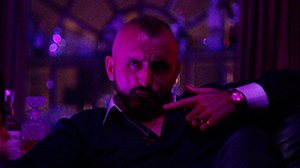 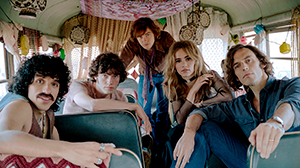 Based on the novel by Taylor Jenkins Reid, this musical drama series details the rise and precipitous fall of a renowned rock band. In 1977, Daisy Jones & The Six were on top of the world. Fronted by two charismatic lead singers – Daisy Jones (Riley Keough) and Billy Dunne (Sam Claflin) – the band had risen from obscurity to fame. And then, after a sold-out show at Chicago’s Soldier Field, they called it quits. Now, decades later, the band members finally agree to reveal the truth. 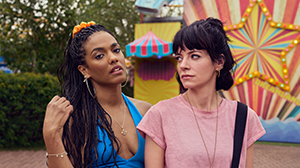 Based on a Bafta-winning short film and produced by the makers of Motherhood and Bad Sisters, Dreamland is a comedy-drama about secrets, lies, loves and aspirations within a family of four sisters living in the British seaside town of Margate. Eldest sister Trish (Agyeman) is pregnant for the third time with her partner Spence (Smith-Bynoe), while her two sisters Clare (Best) and Leila (Edwards) rally around her with their mum (Barber) and their nan (Reid). But when their other sister, Mel (Allen), makes an unexpected reappearance, it threatens to destabilise the entire family. 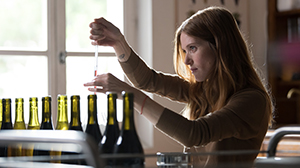 This television adaptation of the celebrated Japanese manga of the same name is set in the world of gastronomy and fine wines. Alexandre Léger, creator of the famous Léger Wine Guide and emblematic figure in oenology, has just passed away in Tokyo. When his estranged daughter Camille flies to Japan for the reading of her father’s will, she discovers he has left her an extraordinary wine collection – but to claim the inheritance, Camille must compete with a brilliant young oenologist, described as Léger’s spiritual son, for the prize. 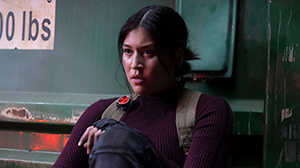 Cox made her Marvel debut in 2021 series Hawkeye as the unforgiving Maya Lopez, a deaf gang leader who was determined to make Ronin, aka Clint Barton, pay for his own vengeful deeds. This new series now tells the origin story of Echo – otherwise known as Lopez, whose ruthless behaviour in New York City catches up with her in her home town. She must face her past, reconnect with her Native American roots and embrace the meaning of family and community if she ever hopes to move forward. 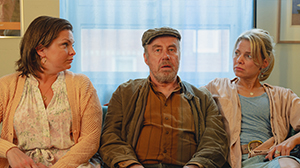 This dramedy centres on 40-year-old nurse Lina Edin and her life in small town Sweden. Lina works at the ER and lives with her 14-year-old twins Molly and Melvin, while her older sister Petra lives close by. When their father Kenneth is diagnosed with Alzheimer’s disease, both sisters’ lives change drastically, beginning with Kenneth moving into Lina’s house. 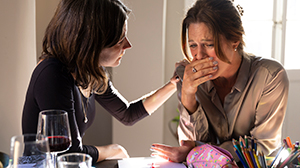 Based on real events, this series stars Wärmländer, Helin and Peterhoff as three friends whose lives are turned upside down when their sons are involved in a terrible car accident, putting their relationships to the test.

Cristo y Rey is based on the story of circus performer Ángel Cristo and actress Bárbara Rey, who became one of the most high-profile couples in Spain in the 1980s. When they get married just a few weeks after meeting, their relationship becomes a national sensation – until they run into problems of drug addiction, gambling, infidelity and mistreatment. 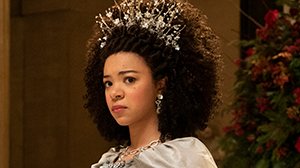 Focusing on Queen Charlotte’s rise to prominence and power, this Bridgerton prequel reveals how the young queen’s marriage to King George sparked both a great love story and a societal shift, creating the world of the Ton inherited by the characters in Bridgerton.
Watch trailer 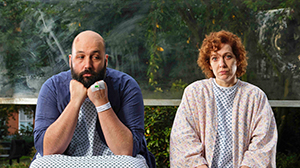 In this show based on an Israeli series, Parkinson and Kerkour play Anna and Sam, two lonely neighbours in their mid-40s who embark on a hesitant, obstacle-filled relationship after drastic life events bring them together. As this strange love story unfolds, could these deeply flawed individuals influence each other for the better? 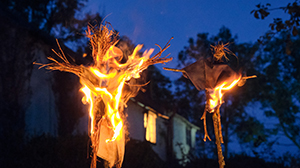 Based on CJ Tudor’s novel and written by Hans Rosenfeldt (The Bridge, Marcella), The Burning Girls blends psychological horror and small-town mystery with the story of a vicar who, desperate to exercise the demons of her past and find peace in her new home, is drawn deeper into age-old rifts and suspicions in an insular village.

This drama focuses on four prison officers who come under pressure to end the drug-trafficking and inmate hierarchy within their prison, but find their efforts undermined when a pact between a prisoner and a guard threatens to send the jail hurtling towards chaos and violence.

Created by an all-female writers room and based on the novel of the same name by Naomi Alderman, The Power explores a world where young women inexplicably begin to develop the ability to release electricity from their fingers, leading them to become the dominant sex. The show follows a range of female characters who must come to grips with their new-found skill and decide how to use it, demonstrating a world in which power dynamics are flipped across every aspect of modern life. 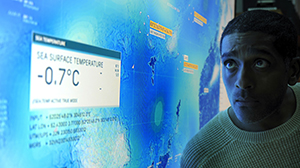 Kimura, Krista Kosonen, Rosabell Laurenti Sellers, Takehiro Hira, Lydia Wilson, Joshua Odjick, Eidin Jalali, Jack Greenlees, Dutch Johnson and Sharon Duncan-Brewster
This ambitious drama is based on Frank Schaetzing’s novel that chronicles the struggle of humankind against an unknown swarm intelligence that lives in the depths of the sea. When the reckless treatment of the oceans threatens the natural habitat of this mysterious collective, it strikes back. In a very short time, all human life is at stake – and the fate of the entire world’s population rests in the hands of a small group of scientists. 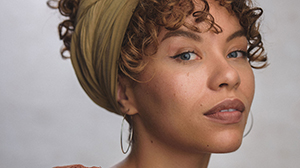 Written by Sir Lenny Henry, Three Little Birds is inspired by stories of his mother, Winifred, and follows three young women – fiery sisters Leah and Chantrelle and their god-fearing acquaintance Hosanna – as they travel from Jamaica to Britain to build a new life. When the reality of British life in London’s Notting Hill brings them down with a bump, they make a beeline for the Midlands, though the road ahead is fraught with challenges. 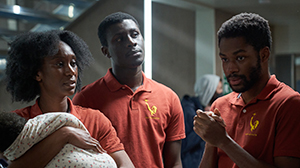 Inspired by Bilal, Fabrizio Gatti’s book about his undercover journey among migrants along the routes between Africa and Europe, this series follows what happens when a cruise ship called Orizzonte, packed with Western tourists, rescues a group of shipwrecked refugees from the sea. Their stories become intertwined with those of the crew and passengers, before some of the refugees, out of desperation, decide to hijack the ship once they find out they are to be taken back to Libya.