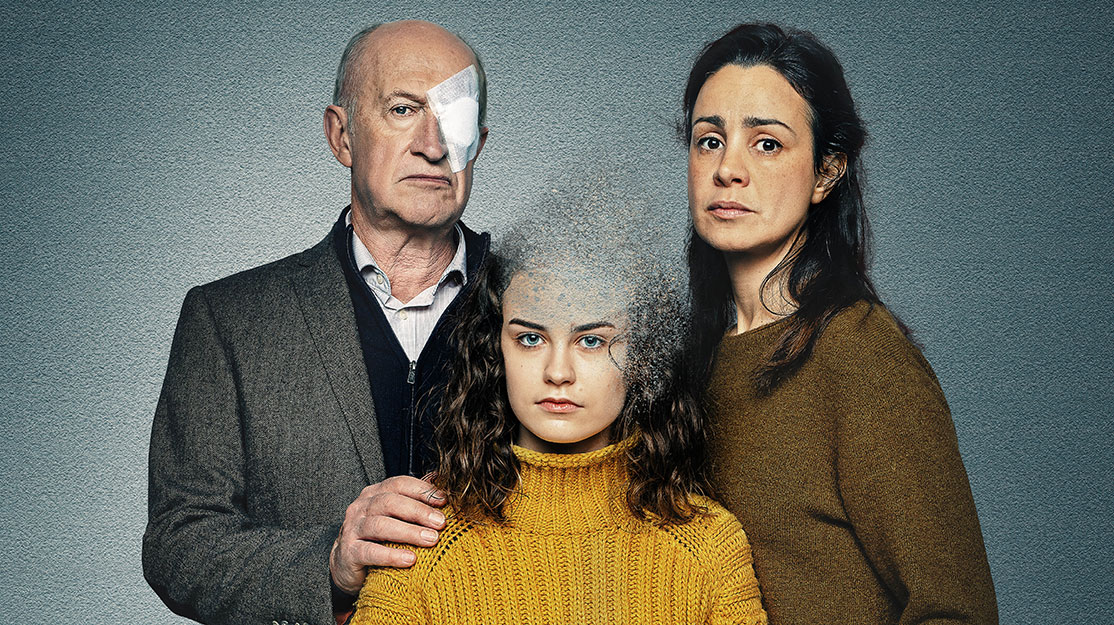 Creator Marie Enthoven and director Geoffrey Enthoven take DQ inside the making of Belgian mystery drama Invisible (Unseen) and reveal why nudity became an important part of the story.

It’s a common quirk of television productions that episode one sometimes isn’t filmed until the end of the shooting schedule, so that by the time the starting point of the story is recorded, the actors have fully embodied their characters.

Such was the case with Belgian drama Invisible. But just days before the end of the shoot in March this year, the coronavirus pandemic forced filming to pause, leaving the editors to begin post-production with half of the first episode still to record. Filming then restarted in June ahead of the show’s launch on streamer Proximus in September and then on RTBF last month.

“Five days before the finish, we were told to go home. It was so unreal. It was fiction in real life,” says director Geoffrey Enthoven (Auwch_). “But it was really nice to see everybody again on set and we went for it 150%. Everything we did in those last four days was really incredible, better than it would have been originally when we were really exhausted.”

Known internationally as Unseen, the eight-part series centres on the inhabitants of a fictional village called Creux, where a mysterious phenomenon suddenly turns people invisible, leading them to determine whether this new condition is a blessing or a curse. With the ‘Unseen’ soon deemed a threat, the authorities endeavour to control them.

Series creator Marie Enthoven (Taxistop), cousin of director Geoffrey, was inspired to tackle invisibility after a producer suggested developing a show on the subject. Admitting it’s “a nice idea but very ambitious, it’s not an easy idea,” she began to devour films and series tackling the topic before settling on the idea of a show from a very human point of view.

“That’s how it started for me. There is something that interests me in talking about the handicap of being invisible and how exiled you can feel and not be part of society,” she says. “It’s not about the people who become invisible but whether we have lost our capacity to see others.”

At the centre of the story is a teenager called Lily, who comes into contact with an invisible person and disappears, leading her parents to begin a search for her. But they have different ideas about how to deal with this invisibility epidemic, leading to a battle between power and morality.

“It’s very atmospheric as well and Geoffrey really succeeded in creating that feeling,” Marie says. “For me, that was the challenge [of making the series] and what I was dreaming and hoping for is we could feel this atmosphere, because there are invisibles everywhere. The more and more we go into it, I wanted a tension to build so we could feel everyone is scared and we can feel that as the tension is growing.”

Marie and Geoffrey had never worked together before, but when he read the first four episodes, Geoffrey was immediately drawn to the show’s unique atmosphere.
“There was so much in those four episodes,” he says. “Before, Marie had sent me scripts and short stories with a lot of humour, so I was really flabbergasted when I read them. I didn’t know she was writing this stuff as well. It was so cleverly done.”

With Unseen marking her first series, Marie says the project became very personal as development progressed. She wrote the show’s bible before collaborating with Bruno Roche on all the scripts, while Nicolas Peufaillit also contributed to the writing process.

From the start, however, Marie was tasked with creating a show about invisibility that could be made on a strict budget. “I really tried to create stories that were not based on special effects, but you cannot take them away completely,” she says, which is why nudity became one of the biggest components of the series. Rather than dress invisible characters in clothes, which would then make them visible, Marie settled on the idea that they would be naked, and would then sometimes appear on screen in the nude.

“For me, nudity was the first thing I talked about because we wanted a way to see the invisibles and then know how they feel and see their faces, otherwise we cannot be with them,” she explains. “The first question when I created the show was, how are we going to make them visible? Nudity was one of the first ideas.”

“If you’re completely naked, you feel really visible even though you are invisible,” Geoffrey says. “Another challenge was how to show them. A few days before shooting, I said to the TV channel, ‘You’re aware there are a lot of naked scenes in the series?’ They knew the script and I said I was going to show what was in the script. But after the first day, it was like, ‘Oh, we don’t want to see anything.’ So we had to do a shot list where we had to think about how we could show it in the most natural way without the audience feeling that we were avoiding it.”

The nudity also speaks to the intimate, character-driven stories within the series, with Marie keen to avoid drawing upon the extreme takes on invisibility associated with superhero or horror films.

“We’ve seen all these things. It’s nice to have something more intimate,” she says. “I wanted to make the invisible people human, and the nudity is nice because it makes them vulnerable. I had to fight for it because there is one antagonist who is 60 years old, and an older naked lady is something you don’t often see on television. It’s very courageous of Belgian television to go for it. It’s nice for women as well to show the beauty of a body that’s 60 years old. But it’s been a battle as well.”

Similarly, director Geoffrey sought to create a hyper-realistic series behind the camera, choosing warm colours to move away from the style of Nordic noir and also taking inspiration from HBO series Sharp Objects. As for directing scenes featuring invisible characters, he would oversee rehearsals with all the actors on set before removing the ‘invisible’ actor and filming the scene.

“It was a realistic approach to help the actors perform naturally,” he says. “Sometimes when we had fights with an invisible person, that was much more difficult because it can be really silly if you don’t rehearse enough. We had a stunt coordinator who helped us with that. It was quite a challenge but we always tried to be close to reality, so it didn’t take much imagination for the actors to play with that.

“The big challenge was time because the TV channel decided it had to be shot last winter, so not everything was ready and budget-proof. The writing team worked even while we were shooting, and shooting a series with special effects in the cold with naked people and with a lot of stunts is always a battle against the clock. We also had to keep everyone in focus. Me and my team always needed to have eight episodes in our heads and it had to be a coherent whole. Doing that against time was challenging.”

Through the series, produced by Kwassa Films and distributed by APC Studios, Marie hopes viewers will empathise with the characters who are either invisible from the outset or who slowly become affected by this mysterious affliction.

“We even feel for our biggest antagonist, which was important for me,” she says. “I think we feel for everybody. That’s a victory for me. With the main couple, what I found very beautiful is they love each other but they belong to different worlds at the end, and that’s a tragedy. By the end, they’re not able to love each other and I cried. That’s what I wanted and what we got, so I was happy.”