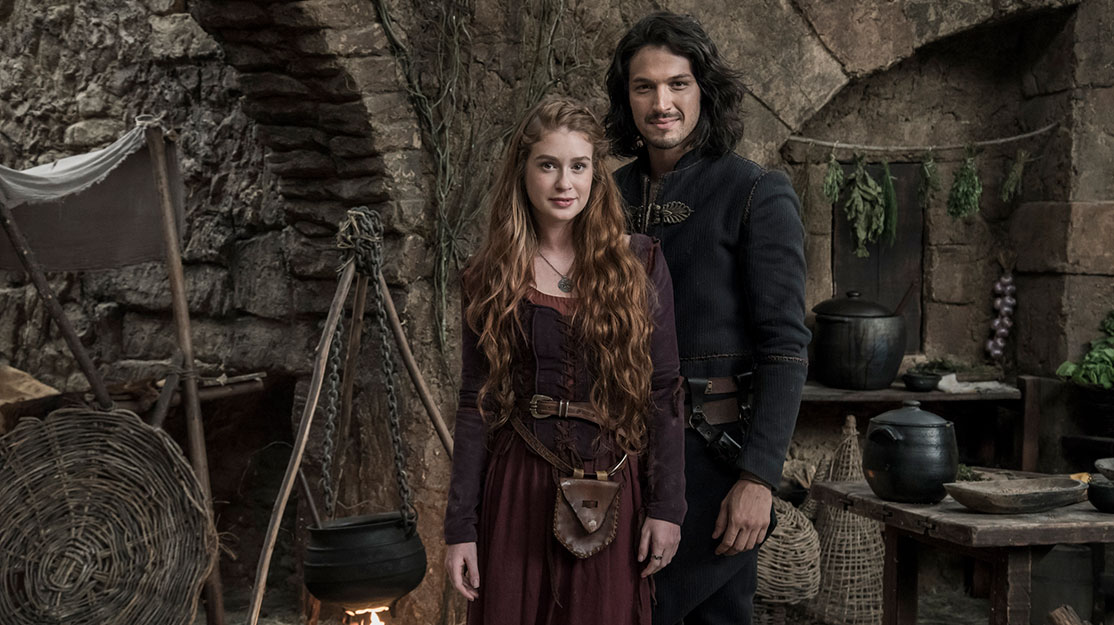 Sometimes finding the right location to stage a scene or recreate a particular era can prove impossible. So for its latest telenovela, the historical Deus Salve o Rei (God Save the King), Brazilian broadcaster Globo bet heavily on visual effects.

The series, which launched yesterday, is being filmed in a town that has been built inside a studio, made to look like an outdoor setting. The scale of visual effects used exceed that on any other Globo production.

Set in medieval times, the telenovela, which blends drama and comedy, uses state-of-the art technology, scenography and costumes to recreate the two fictional kingdoms at the heart of the story. The plot concerns two princely brothers who do not want to succeed to the throne: one is afraid of becoming king and the other abdicates because of his love for a civilian.

To bring to life the castles, mountainous landscapes, vast plains and royal settings, as well as two medieval kingdoms, Deus Salve o Rei is being shot at Globo Studios in Rio de Janeiro, inside two warehouses with more than 2,000 square metres of floor space.

One houses the Kingdom of Montemor, with a castle and town, while the second warehouse is home to the Kingdom of Artena. It also holds a large area for scenes involving visual effects, forests, landscapes and battle sequences.

“Shooting in a town built in an indoor studio gives us total control over lighting at all times, as well as a space that can be transformed for multiple uses,” says artistic director Fabrício Mamberti. “In the creation of the two kingdoms, we mixed various references and European styles to reach the final visual results with the castles, villages, hamlets, taverns, shops and the houses of some of the characters.”

With up to eight times as many visual effects as the average Globo production, almost every scene of Deus Salve o Rei will have some form of digital implant. These include, in particular, the battle scenes and virtual forests, which are created and inserted into scenes shot on camera.

“The actors will be interacting most of the time with real sets,” Mamberti continues. “They will be exposed to the virtual environment but with the inclusion of real-life objects and also references of real locations, especially in the forest scenes.”

Techniques such as motion capture, using more than 50 cameras, are also in play, giving more agility and precision to the animations, while computerised camera cranes are able to reproduce repetitive movements with high precision.

The Globo team has also developed a face-scanning system that enabled them to capture the faces of the real actors to create high-resolution models that can be incorporated into the real-life scenes of a production with more than 100 episodes, airing six days a week.

“We are making use of some of the most advanced visual computing technologies in this production and all of the solutions are developed internally,” says Paulo Rabello, director of entertainment technology at Globo. “The great challenge in a telenovela is that we have to finalise complex scenes from a technological standpoint in a few days. But we have invested heavily in innovation and training for the professionals in charge of creating such impactful special effects.”

Meanwhile, the art department has been on hand to supply the set with items such as carriages, ceramics, cutlery, food and books.

Weapons including swords, axes, bows and arrows have been sourced and bought in Spain and Portugal or crafted in Rio de Janeiro, while great feasts featured in the show have required props such as glasses, cups, plates and dishes made from materials including clay, wood, tin, soapstone and bone. Flags, maps, manuscripts, pictures and paintings have also been added to background sets.

It all adds up to a visual feast for Globo viewers, and offers a new insight into the way television productions are creating new and old worlds for stories to live.

For a video illustrating how visual effects are used in Deus Salve o Rei, click here.