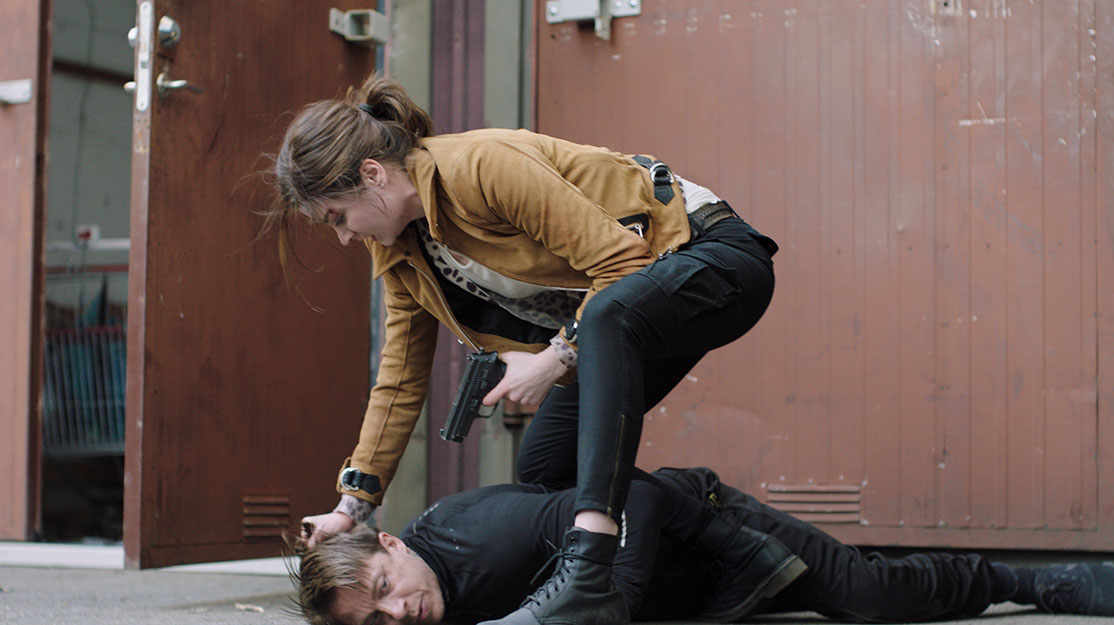 Scandinavian thriller The Lawyer may bear many of the hallmarks of Nordic noir, but this brighter series adds a new dimension to the ever-popular genre.

Despite the opening scene involving the brutal death of two people in a car bomb, it is difficult not to observe the warmth of Scandinavian drama The Lawyer.

Paradoxical though this may sound, it’s what gives the SF Studios-produced legal thriller a different feel to the long list of Nordic noir series of recent times.

The Lawyer centres on Frank Nordling, a young and promising defence lawyer who, along with his sister Sara, witnessed his parents’ death – the victims of the aforementioned car bomb – as a child. When he finds out who was responsible, he feels compelled to seek revenge.

So far so Scandi, but unlike its predecessors, The Lawyer’s action is not perpetually set in half-lit offices or dark, dank landscapes where the protagonists’ faces are obscured by shadow or washed out in monochrome. From the locations appearing in the first episode – a modern courtroom, a legal office in the centre of town, a nouveau riche mansion complete with pillars and swimming pool – you might think you are watching a daytime soap instead of a revenge thriller involving Stockholm’s criminal underworld. Even a murder on a boat is set in a prettily lit marina with a backdrop of distant, colourful fireworks.

Producer Nicklas Wikstrom Nicastro says this is no coincidence but, instead, part of the creative team’s desire to “add something to that [canon of] Scandinavian noir.”

Part of the show’s look can be attributed to Geir Henning Hopland, who directed the first five episodes. “He really has a sense of visuals,” says Nicastro. “We didn’t want to follow; we can use colour, we’re not all about everything [being in] different shades of grey, you know? We’ve found something here that has its place, it has an edge, even though it’s in the same camp of Scandinavian noir.”

Yet the series, produced for Viaplay and TV3 (Sweden and Denmark respectively) and distributed by StudioCanal, bears the hallmarks you would expect of the genre: corrupt police, psychologically damaged lead characters, murder and drugs. It’s clear the creators have gone to great lengths to depict the tension and intrigue Scandi noir commands, but the audience will feel it is still rooted in real life rather than the cinematic world of shows like The Killing. And this is not solely achieved by the lighting.

Jens Lapidus, internationally bestselling Nordic noir author and one of the people behind the concept for the series, believes a show must respect art and reality.

“There’s always this balance between real-life authenticity and dramaturgical effect,” he notes. “So, are you talking here about a documentary or some sort of reportage [style] or full-scale SFX, fantasy science-fiction stuff? You always have to land somewhere in between if you’re describing a real city, a real crime case or real human beings.

“So, in certain parts it’s not what would happen in the real world working as a police officer or a lawyer. Sometimes that’s itching to me, because I’m from the real world and I’m thinking, ‘No, this is not how it would work.’”

Part of this obsession over authenticity comes from Lapidus’s other career as a criminal defence lawyer, a position he has held for more than 15 years. As such, the environment of The Lawyer has been his “playground.” Lapidus says that, after seeing the input from the real courtrooms and underworld of Stockholm, and watching the finished product, “there’s so much in there that happened in real life.”

Lapidus’s attention to detail did not simply benefit the writers and the production team. Alexander Karim, who plays Nordling, says having the series based on real life was rewarding for the actors, allowing them to immerse themselves in the world their characters inhabit.

“I could move into the courthouse in Stockholm and just stay there – I was there for three months and I saw everything, every single case,” he says. “You have a lot of different sources to get your inspiration from. A small detail, for instance: Frank is supposed to be clean-shaven, and then I met with [bearded] Jens and I thought, ‘I want to look like that.’

“I want to base Frank on Jens. When I went into the fitting, they said you’re supposed to be clean-shaven, you’re supposed to be this young lawyer. But I’d been watching these defence attorneys in real life and none of them are clean-shaven, especially the young ones – they grow beards. The older they get, the more clean-shaven they get. It’s all about respect in the courtroom; it’s about not looking like a little kid, because no one’s going to believe you.”

Of course, this is still a piece of drama and Nicastro notes the setting for the series changed during the script development, with Viaplay wanting the show to be “bigger, greater.” It started out as a Stockholm-based programme, but with Sweden and Denmark so close, it became a Copenhagen- and Malmo-set series.

So where does The Lawyer sit in the pantheon of Scandi noir? Nicastro thinks it has evolved the genre through its modern take on the classic revenge tale.

“It has so many angles,” he enthuses. “Besides being a well-built thriller, we had this character Frank, all the rows, conflicts he has; he needs courage. This character is in an extreme situation seeking revenge.

“The story of revenge is so simple, but if the protagonists have moral issues, it adds a dimension. Take Hamlet – the great stories of revenge have these. We renew ourselves all the time. If you look at Scandinavian noir 10 to 15 years ago, we had all those police officers in trench coats solving crimes and everything.

“And if you compare that to The Lawyer, it’s still Scandi noir, the arena people know – the psychology, the inner demons – but we needed a new way to express it [and I think we’ve done that].”

Karim agrees that by making Frank a lawyer, it bucks the convention of the genre, which tends to focus on police officers.

“We’ve chosen another setting – we’re going into the courtroom. Courtroom dramas there are plenty of, but this is a courtroom thriller with elements of the police force, brothers and sisters, the family, so what makes it stand out is the setting.

“Law, and what it is in its essence, is such a beautiful way of telling a story of revenge. I went back to the movies of the 50 and 60s and watched every single lawyer movie there was before we did this. The one that falls closest to this is The Firm [the 1993 film starring Tom Cruise], that sort of infiltrating place where you have no friends and you have to get in there and find your way out, the good guy turns bad. Putting a lawyer in a morally ambiguous place is very interesting.”

Lapidus says The Lawyer twists the conventions of legal practice as much as it twists the genre. As a criminal defence lawyer, he adds, you have a set of rules to follow, set out by the Bar Association, the foremost of which is “loyalty to the client.”

“Not loyalty with the court, nor the police force; it’s not loyalty to society, or the truth,” he continues. “Now what happens if you take that rule and you twist it 180 degrees.”

In the series, which debuted last month on Viaplay, Frank’s faithfulness to this mantra is tested “in every scene,” Lapidus adds.

Despite The Lawyer’s creators believing they have added something different to the Nordic noir canon, some in the wider industry speculate the genre has had its day and the drama world has moved on.

Understandably, the team behind The Lawyer disagree, but Lapidus concedes that the unstable world we live in could be the reason for opinions changing.

“Why do you have the great interest still? Why don’t you see French, German stuff coming out the way you see [Scandinavian noir]?” he asks. “The reason the world has been so interested in Scandi noir in all its forms is because Scandinavia is probably one of the safest places on Earth, and out of that comes the most stories about killing and crime.

“I think that paradox has played very well because that makes people interested. I wonder whether that’s going to change, because we live in very insecure times. Now things [like murder and terrorism] do happen in Scandinavia because we don’t belong in secure times anymore.”

As such, people are looking for different kinds of drama, and Lapidus suggests that perhaps in a few years we might see the Scandinavian version of The Wire – gritty social realism that reflects today’s society.

If that is to be the next iteration of the genre, you can be sure it will extend the Scandi noir shelf-life, akin to the length of a Stockholm winter night.