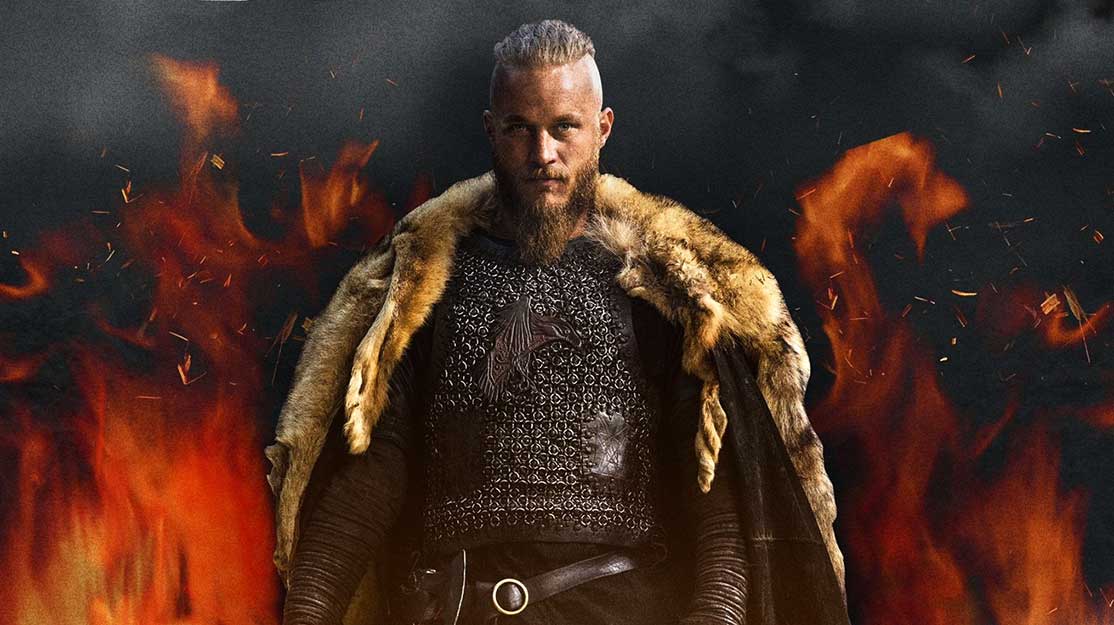 With 70 episodes now under his belt, series creator and writer Michael Hirst tells DQ how the world of Vikings continues to grow each season.

While the popularity of writers rooms outside the US grows apace, Michael Hirst is bucking the trend. As the creator of historical drama Vikings, the British writer has penned all 70 episodes of the series across five seasons since it first launched in 2013.

Filmed in Ireland, the show centres on Ragnar (played by Travis Fimmel, above), a restless young warrior and family man who longs to find and conquer new lands across the sea and claim the spoils as his own.

“It’s been a joy,” he says of the series, which is making its UK free TV debut this Sunday, February 26, on A+E Networks-owned Blaze. The second half of season four debuts on History UK in April. “It’s a great privilege to work in Ireland with the crew we have and our heads of department who I think are just geniuses.

“When we started season one, we had one boat. We had one studio stage with the great hall and probably one other building; and outside on the backlot we had a bit of [the village of] Kattegat and about five or six buildings. Now, Kattegat goes on forever, for acres and acres, we have God-knows-how-many boats and we’ve used thousand of extras. It’s just grown – it’s been a hell of a journey.”

Vikings aside, Hirst is best known for other historical series such as The Tudors and Camelot, and big-screen outings including Elizabeth (1998). Following that film, he paired up with producer Working Title Films to develop a film about Alfred the Great, the English monarch who successfully defeated an attempted Viking conquest.

It was the first time the writer had encountered the Nordic warriors and he quickly became fascinated by them. The movie never materialised but, years later, MGM asked if he was interested in turning Kurt Douglas’s 1958 film Vikings into a TV series. “Of course I was,” he says.

Later on, during the pitch to US cable channel History, which subsequently commissioned the series, Hirst was asked how he would market the show to viewers. “I said I would take a huge billboard and put it on Sunset Boulevard and have the word ‘Vikings’ on it,” he recalls. “It’s one of those subjects and words that is universally recognised. Immediately it brings to mind what turned out to be clichés, but it conjures up these warriors. That’s been a blessing because it works across the world. It’s one of the few things that is almost universal.”

Vikings is an Ireland-Canada coproduction from Take 5 Productions and Octagon Films, with the show now airing around the world via distributor MGM.

The broadness and universality of the title could have been both a blessing and a curse for Hirst – global audiences could immediately identify with the subject matter, but how would the writer create a compelling drama from such a vast landscape of potential characters and conflict?

“I was given a blank canvas,” he admits. “We just had a title so it was up to me to give it shape. There were various Viking leaders that I discussed with Justin Pollard, my historical advisor, and what came out of those discussions was that Ragnar was really the first great Viking leader to emerge from the mists of myth and legend, so he seemed like a good place to start. I wanted to start at the beginning of the Viking age; to try and find what that actually meant.”

The focus on Ragnar was also determined by the fact he had several sons, including Ivar the Boneless and Björn Ironside, who also became famous. “It’s well known that the only thing [the real] Ragnar was afraid of was that his sons would become more famous than he was,” Hirst continues. “So I knew from the start I wasn’t just limited to my lead character. This was a family saga, this is the story of Ragnar and his sons and, of course – spoiler alert – we kill Ragnar in season four but we’ve gone from strength to strength afterwards, dramatising the consequences of his death and the exploits of his sons. So that was a good way to think about a long-running show.”

Hirst was also able to add greater depth to Ragnar’s character when research uncovered the fact that this particular Viking believed he was a descendent of the Norse God Odin, who is associated with battles and war but also poetry and knowledge.

“So Ragnar, my hero, would take after his ancestor and he wouldn’t be travelling abroad or raiding for plunder,” Hirst declares. “He would be motivated by curiosity. We then had a central character who could be extremely sympathetic while still being a Viking.”

Research plays a key role in the show, though Hirst admits that much is unknown about the real Vikings, owing to the fact they didn’t document their own history. Therefore, most of what is known is taken from accounts from their enemies – but the writer says his series is partly an attempt to reconfigure attitudes towards Vikings and shift views away from the clichés and stereotypes.

As a result, everything in the show, from storylines to characters, comes from research. “Then, of course, I have to make drama,” Hirst says. “But I never take the characters or the story far away from the facts I know. Everything can relate back to the storylines that I know are historically real, if one believes the historical accounts.

“There’s no such thing as historical accuracy, at least not in drama, but I try to be as authentic and truthful and plausible as possible.”

Hirst’s duties on Vikings are not just limited to being the creator and writer. He’s also an exec producer and is, in effect, the showrunner, though one who enjoys the collaborative nature of television.

“TV drama is collaborative or it’s nothing,” he admits. “I hate hearing stories of showrunners who try to micromanage shows and who eventually prevent other very creative people from offering suggestions and changing scripts and things. I’m very open to these people’s suggestions and I encourage the creativity of as many people who want to contribute. It’s a richer and more rewarding experience as a result.”

That collaboration also extends to the cast who, after five seasons playing their respective characters, are as invested in Vikings as Hirst. The writer says he wants his cast to feel engaged in the creative process and welcomes their thoughts and comments.

“In season one, everyone’s finding their way and they tend to accept the script more,” he says. “But I would say that scripts in TV and movies are just working documents. It’s not like a play or a novel – it’s not real, it’s just a guide to what’s going to be shot. There’s an amazing thing when you’re in production, you’ve written a scene and the set’s been dressed. The actors come on set and rehearse their lines, then when you look through the camera lens, everything’s different.”

Hirst credits part of the show’s success to its now-departed leading man Fimmel, who he describes as “just magnificent.” He adds: “I envy viewers who are beginning this journey and watching Travis’s evolution as Ragnar. It’s just a stunning performance for many seasons and episodes, it’s a remarkable achievement. Lagertha, his wife (played by Katheryn Winnick), is now as well known as Ragnar. History is a male-skewed channel but it’s got a huge female audience for Vikings and it’s largely because of Lagertha, this shield maiden, this warrior. Someone said to me there’s no one else like her on US TV – she’s a wife, a mother and she kicks ass.”

As you might expect from a show about a band of ninth century warriors, there’s a more than a touch of violence in Vikings, but Hirst stresses that he made a point not to be gratuitous when it comes to the fight sequences.

“Of course it is violent but what we try to be is innovative and interesting in all the fights and battle sequences,” he argues. “I don’t think there’s a show as good as Vikings on TV for showing battles and combat. It’s partly because we focus totally on the individuals, on the characters, so the audience is invested in the life and death of the characters. We don’t have all these visual-effects armies of identical warriors rushing around everywhere. We’ve been really clever about that and been praised for the way we do our battle sequences.”

From its modest origins in season one to the vastness of the 20-episode fifth season, which visits Iceland and the Mediterranean and is due to launch in the US this year, Vikings continues to grow in scale every year. With Hirst confident there will be at least one more 20-episode season to come, there’s no telling where Vikings will land next.