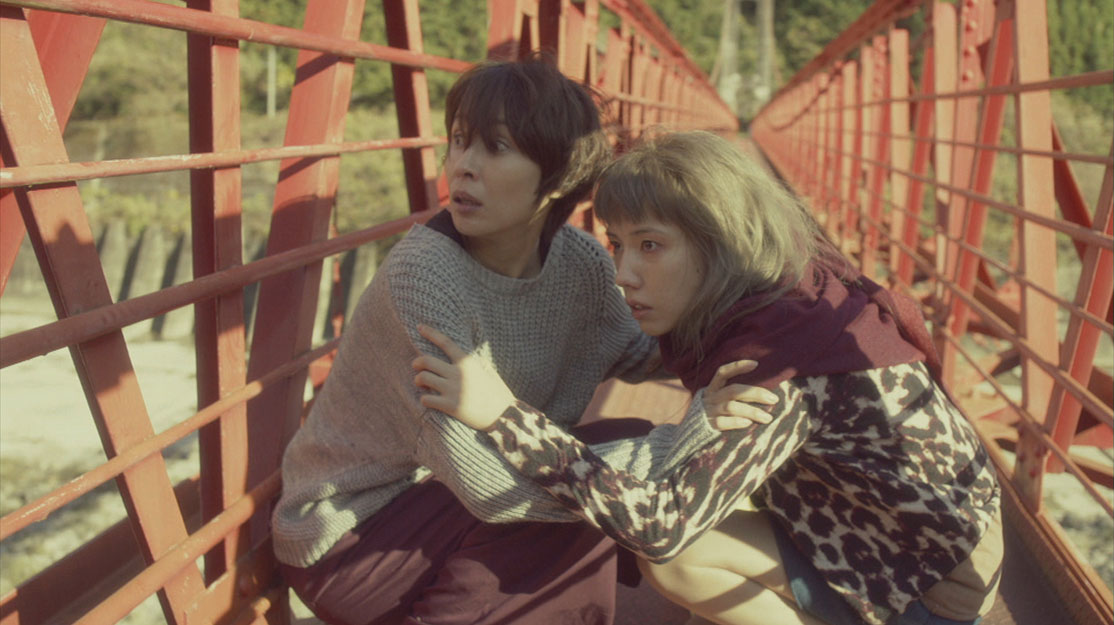 Two women are on the run in Japanese drama Runaway Women. DQ hears about this emotional thriller from its director and its executive producer.

Japanese drama Runaway Women follows the story of a woman called Rieko who has served eight years in prison after being falsely convicted of murder.

Following her release, Rieko searches for a former friend who betrayed her but is forced to flee when she becomes involved with a young woman, Mio, who actually is a killer. A strange bond then develops between the two, leading to both of them being pursued by Detective Sakuma.

Produced by broadcaster NHK, the six-part series aired in January and February this year and is distributed by NHK Enterprises.

Here director Hiroshi Kurosaki and executive producer Yuki Uchida take DQ inside this “road movie” that explores how two women come together when the world is seemingly against them.

DQ: What attracted you to the project?
Yuki Uchida: It started with a question: why do people commit crime? But as well as trying to create a story about crime, we delved into the essential elements of the human soul such as solitude, hatred, redemption and love.

Hiroshi Kurosaki: We decided to create the ultimate love story in today’s Japan. By love, we mean not just romance but also feeling for another person in a broader sense. We thought it would mirror modern society. I sat down with screenwriter Toshio Kamata and producers Kazuki Nakayama and Yuki to write an original story. In the end we came up with a tale not about love between a man and a woman but about a strong bond between two women.

What are the major themes of the series?
HK: It is about how human beings hold a destructive impulse in their hearts. In Japan there are many cases of murder and violence without any motive. It can be hard to trust people’s hearts – we wanted to depict a bond that could overcome such doubts.

YU: Everyone harbours burning anger and dark emotions. But at the same time, they yearn to be loved and also to give love.

What was the origin of the story and what was the writing process like?
YU: It began with murder and crime itself. But as we were developing the plot, we saw a lot of news coverage of murders committed by the mentally ill and acts of terrorism. So we ended up trying to focus more on people’s inner aspects.

HK: We spent nearly two years forming the plot, during which terrorist attacks occurred around the globe. Footage flooding the internet reshaped the concept of violence in visual media. We rewrote the story from depicting extreme violence to zeroing in on solitude and hunger.

How did the writers and director work together to create the style and tone of the show?
HK: We all shared a respect for the women in the story, and throughout filming we tried to beautifully depict how they strived to move forward with their lives.

YU: The script showed unconventional characters doing and saying things that defied prediction. By moving away from pre-established harmony and not making things too easy to understand, we were able to maintain a distinctive world.

Who are the leading cast members and what qualities do they bring to the characters?
YU: The leads are Miki Mizuno [Rieko], Riisa Naka [Mio] and Kenichi Endo [Detective Sakuma]. Mizuno and Naka had tough jobs, playing someone who has just been released from prison after a wrongful conviction and a psychotic killer respectively. They were in 100% shape both physically and emotionally for the long filming schedule. Endo depicted a man who has a complex, swaying mind despite standing on the side of justice as a detective. All three actively made suggestions to shape their characters.

HK: They threw away their usual star appearances and delved into the characters. Again and again, they fulfilled our wish for them to capture the emotions that seep out from deep inside. They are great actors – and both Mizuno and Naka lost weight for their roles. All three have altered the perceptions viewers will have had of them from their previous performances.

Where was Runaway Women filmed and how did the locations influence the drama?
HK: It was filmed in Kyushu, [an island in] southern Japan. We wanted to place the women on the run not in a cold and dark place but in the south, flooded with light. We felt it was meaningful to have them walk with their heads held high in bright sunlight. We were always aware of the light when filming.

YU: In many cases we shot on location in Nagasaki [which is located on Kyushu]. It is a unique place with indented coastlines and hills that come up to the sea as well as urban zones that cling to the hillside, former naval ports, a US navy base and fishing villages. We believe we captured the feeling of women running in places that seem detached from the real world.

What were the biggest challenges during the production?
YU: It was a road movie and it was a big challenge to shoot in so many different places within a limited time span.

HK: We focused on the moments when the leading characters walked and ran. So we did a lot of long takes using handheld cameras to follow the actors everywhere. In some scenes, an actor and cameraman would keep on running for hundreds of metres. The crew would do warm-up exercises like athletes before each scene began!

How does Runaway Women compare to other NHK dramas and Japanese drama in general?
HK: We captured the beautiful and colourful landscapes of Japan, allowing viewers to see what the country is like today. In recent years, Japanese channels have been under pressure because [of a fear that] viewers will not tune in unless programmes are easy to understand. Sometimes I feel this has gone too far – human emotions are complex and cannot be understood easily. We dared to tread in different terrain, depicting emotions carefully and turning out a new form of entertainment.

YU: It is different because many scenes were shot on location, in places other than Tokyo. Also, it is not a drama where the leading characters are good people – but they will strike viewers as real people.