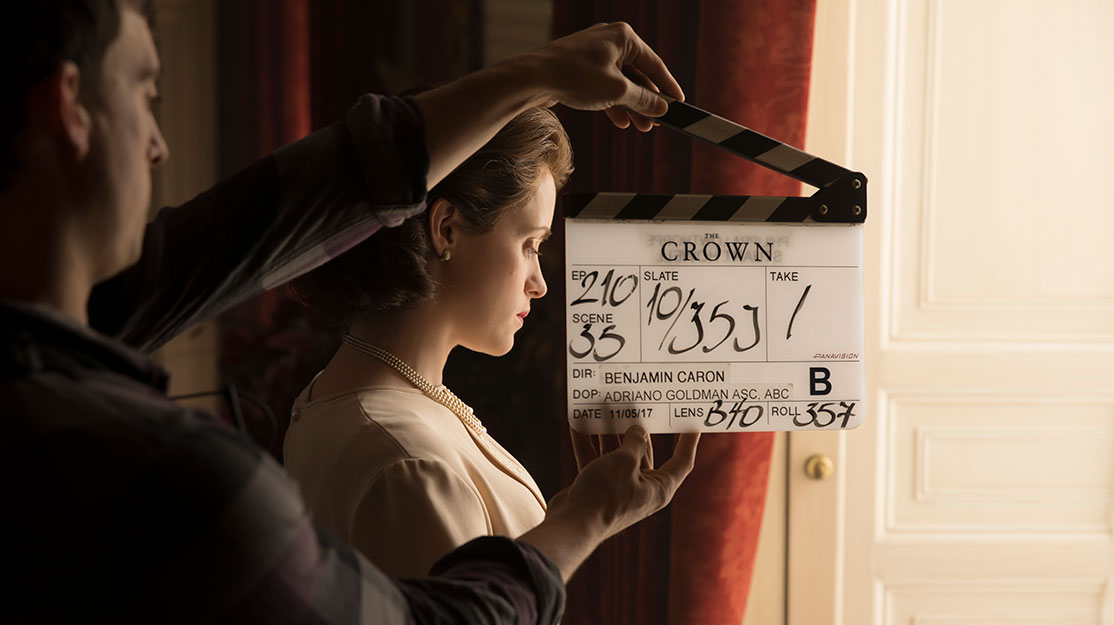 With the third season of Netflix’s The Crown about to begin production, creator and writer Peter Morgan explains why he keeps going back to the royal family and discusses the pitfalls of depicting real people.

It’s a bad time to be a republican in the UK.

The royal family, never far from the headlines even in regular circumstances, are seemingly everywhere at present. The Queen’s 92nd birthday last month was followed just two days later by the birth of the Duke and Duchess of Cambridge’s third child, Prince Louis. And in case you haven’t heard, there’s a wedding coming up in a couple of weeks, with Suits star Meghan Markle leaving the world of TV drama behind to join the Windsor clan. Good luck stepping into a newsagent without seeing her face staring back at you from at least half-a-dozen magazines.

This surge of interest in Britain’s most famous family must have Netflix execs rubbing their hands with glee ahead of The Crown, a global hit for the SVoD giant, entering production on its third season this summer. The show, which centres on Queen Elizabeth II, will return with an entirely new cast as the action picks up at a later stage in the characters’ lives.

While the new actors face a daunting task in living up to the rave reviews earned by Claire Foy (Elizabeth), Matt Smith (Prince Philip) and co, The Crown’s creator and writer Peter Morgan is braced for the equally difficult proposition of outdoing his acclaimed work on the first two seasons of the show.

“I’m still slightly embarrassed to be writing about these people and to find myself still doing this,” admits Morgan, for whom The Crown is a third major project with the UK’s reigning monarch at its centre, following 2006 film The Queen and 2013 play The Audience, both of which starred Dame Helen Mirren as Elizabeth II. “I yearn to write a heist film,” he jokes.

So what is it that keeps Morgan coming back to the royals? “They link us – they connect all of us,” says the Academy Award nominee. “There’s something really interesting and profound about the way all of our lives are interconnected with theirs. They are, at some level, the thing that unites all of us. Our grandparents, our parents, our children – [the Queen] has been there as a constant for everyone, and this family has been there.

“Whatever you may feel about them, about monarchy, we’ve lived with this very special relationship with this extraordinary woman. Whatever you feel about [the existence of a monarchy], it never stops binding us together.”

Making a drama about such high-profile figures inevitably invites scrutiny over historical accuracy. And while Morgan is keen to stress that he has never purported to be a “documentarian,” that’s not to say he doesn’t feel enormous pressure to get things right. “If you start to make an imagination about certain relationships, about certain moments in history, to offer an explanation about why people did something and you shortcut it because you have an hour to explain why something like the Suez conflict happened,” he says. “I feel the responsibility of that and whether I’m misjudging it or I’ve oversimplified it.

“The good news about these characters is we do know where they are most of the time – it’s a matter of public record. You know where they were on which day and what they were doing. My job is to join the dots. We have to make some leaps of imagination about how people were feeling. And maybe sometimes I get it wrong.”

Literally holding up his hands, he adds: “This is just me having a punt. I’m just guessing.”

The writer initially had an idea for one season of the show, with plans to focus on the young queen’s relationship with prime minister Winston Churchill (John Lithgow) in the 1950s. But it soon became clear that there was a much bigger story to tell.

“It just gets more and more interesting the closer you look and the longer you give it,” Morgan says of Elizabeth’s reign. “The truth is, if I gave it the same time again, I could still find more stories to tell.”

Netflix clearly agrees, with The Crown already confirmed for a fourth season before the third has even started filming. And so, it seems, do the streamer’s subscribers. While Netflix is famously tight-lipped over viewing figures, Morgan expresses his surprise at what he has learned about the show’s audience.

“One of the things that’s been interesting to watch is how different generations have connected with the show,” he says. “To be honest with you, this is crass, but I thought this would appeal largely to educated, mainly female, over 40s. But all the research suggests it’s completely different. I think that speaks to the unconscious current that [the Queen’s] face, her presence, has in all our lives.”

Indeed, even without viewing statistics, The Crown’s importance to Netflix is evidenced by its prominence in marketing material for the streamer’s offerings around the world. It’s also among the most critically acclaimed drama originals Netflix has served up so far.

Of course, the greatest proof is in the cold hard cash Netflix has fronted up for the series, which has been touted as the most expensive TV show ever made, with £100m (US$135.28m) being a commonly cited figure. However, Morgan bristles at such claims. “None of the rumours of our budget were true, none of them,” he insists, “and it’s been sort of painful not to be able to say it. We have perfectly healthy budgets, but there are many television shows that have larger budgets.”

Regardless of the actual financial details, The Crown represented a major coup for Netflix back in 2014. The streamer reportedly outmuscled both the BBC and ITV to secure its first UK original, produced by Left Bank Pictures, in a move seen by many as a watershed moment in the power struggle between traditional linear broadcasters and the SVoD contenders.

Netflix will be hoping its faith in the show continues to pay off in season three, and with a host of talented actors forming the show’s new cast, it surely has little to fear. Leading the pack is Olivia Colman (Peep Show, Broadchurch, The Night Manager) who replaces Foy on the throne as Elizabeth II. Tobias Menzies (The Terror) will play Prince Philip, while Helena Bonham Carter and Jason Watkins will also star as the action shifts from the 50s to the 70s, when Harold Wilson was UK prime minister.

It’s hard to think of a better choice than Colman for the lead role. The actor has the ability to be “both plain and dazzling,” says Morgan. “There’s a sort of everywoman [quality to her]. She’s very connectable and yet quite anonymous. We were all excited about her.”

Colman needed no convincing. “We rang her up and she said yes on the phone,” Morgan reveals. “She didn’t want to meet or anything. It was weird because we rang her on the day that she had just watched it, and her husband had said, ‘Claire Foy is just so good!’ But she said yes on the spot – normally it’s a big palaver.”

With work on season three still at a very early stage, detail is scant. But one thing we do know is that Colman will be the highest-paid cast member this time out, after it was controversially revealed that Foy was paid significantly less than Smith for the first two seasons of the show.

Morgan, meanwhile, is just focused on getting through it. “I have yet to enjoy the moment of feeling confident,” he says. “I just feel overwhelmed and nervous as my default condition. I gather there are pills you can take. That’s how I feel about the show. The biggest challenge for me is all the time thinking of misjudging it. I describe the show as a haemophiliac – if you touch it too hard in the wrong place, it will bruise.”