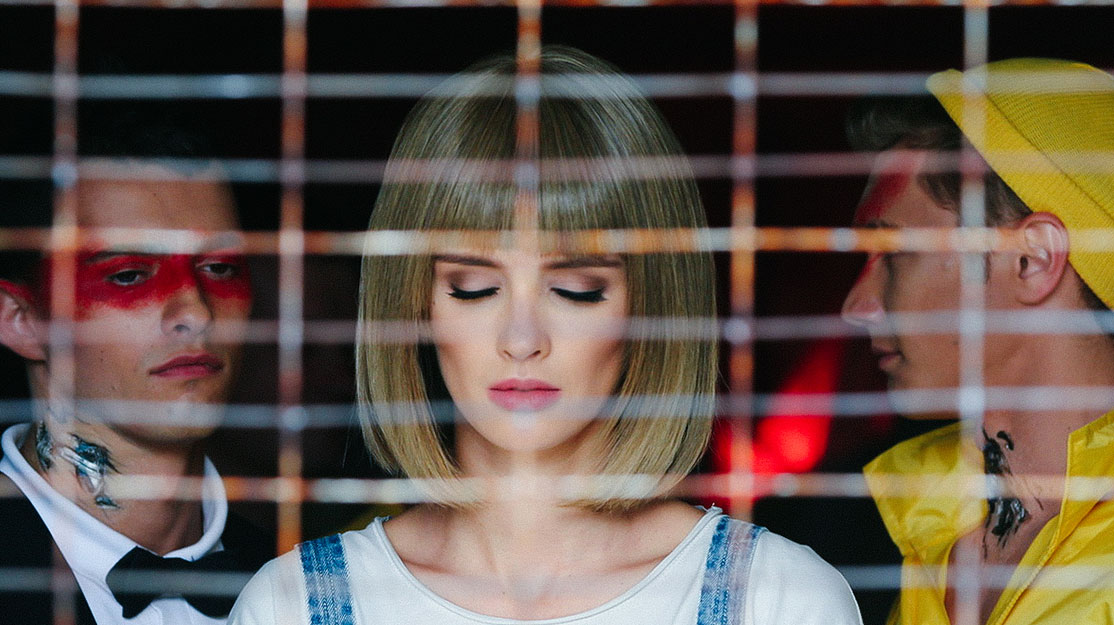 Russian drama Better Than Us explores a near future where humans share their daily lives with robots – and the ethical dilemmas those relationships throw up. Creator Alexander Kessel tells DQ how this world was created and why science-fiction is enjoying a resurgence.

The first murder by a robot sends shockwaves through a near-future Moscow in Russian sci-fi thriller Better Than Us.

The series sees forensic scientist Georgy, who has a robot assistant, caught up in the groundbreaking crime that raises ethical questions to match the high drama that plays out in this stylised story.

Here, Alexander Kessel, series creator and CEO of Sputnik Vostok, tells DQ how the show was brought to the screen.

What’s the story behind Better Than Us?
Our story centres on a family torn apart by some complex events. Georgy Safronov, a former prominent surgeon, our protagonist, tries desperately to win back his family, his job and his happy past but with little success: his ex-wife and two children are going to leave for Australia and reside there. It all takes place in a near future. We recognise our world, but there are also some innovations you and I are yet to see. The only things that are typically sci-fi in the universe of the series are androids. They are mainly helpers, but also sometimes companions and even lovers. But then there is Arisa, an android of an unknown origin with a big secret that forces other secrets to be uncovered too.

What was your inspiration for the series?
Obviously, there is a pile of sci-fi books everybody has read in childhood. Ray Bradbury, Isaac Asimov, Philip K. Dick – names known worldwide. But then there are also big sci-fi writers from my Soviet childhood who are probably only famous in Eastern Europe, who came up with a deeper philosophical and metaphorical sci-fi tradition because they had to create their ideas under state censorship. The Strougatski brothers, Bulgarian Agop Melkonyan and Pole Stanislav Lem are among them.

How did you develop the show for the network?
In 2012 we started developing the story with our team at Sputnik Vostok Production, and then in one year we shared the script of the pilot episode with every potential partner in our market. That is how we teamed up with Yellow, Black and White, who joined the project by funding the production of the pilot at the end of 2013. In 2014 and 2015, we wrote the script, and this is when Channel One confirmed their interest in show by signing an agreement. We started production in 2016 and were still shooting when we took part in this year’s MipDrama Screening in Cannes and in Séries Mania in Paris.

Are there any parallels or reflections of Russian culture or society?
Absolutely. We tried to hide, below the surface, key problems of today’s life in Russia: corruption, social disintegration, extreme radical forces and general dehumanisation due to overall consumerism. But the show has many elements of everyday Russian life, we also made an effort to tell our story in rather universal way so that viewers in other countries would watch something they don’t think of primarily as a Russian story. It could happen in any megapolis on Earth. That is why, by the way, you won’t see recognisable Moscow landmarks in the show.

What ethical questions do you raise in the series and why did you want to answer these?
The agenda is both local and global. People who watched the pilot episode kept asking me if Arisa was going evolve into a human. But the core question is not sci-fi driven, it is instead about basic ethics: will human characters be able to stay human? There is a saying I like to refer to: ‘To find happiness, love people, not things; use things, not people.’ I think we are all now at a critical point of having confused both. It is a pretty common idea that I totally share – I wish we turned to each other, leaned on each other and valued direct human contact more than our gadgets and social networking, which in reality often lead to separation and loneliness.

How would you describe the writing process?
Enormously challenging! We had to start from the beginning twice, inviting new writers on board for the second attempt.

Who are the lead actors and who do they play?
Casting was done extremely carefully. Kirill Käro plays Georgy, and his wife Alla is portrayed by Olga Lomonosova. Eldar Kalimulin, a gifted young actor, plays their son. Android Arisa, both deus ex machina and femme fatale in one, is brilliantly performed by Paulina Andreeva, whose acting is superhuman.

How did you create the show’s stylised look?
We agreed that we would not use high-end, fantastical products. Every item that reflects the future is either a soon-to-be-realeased product or an existing innovative prototype. There are a dozen or more technologies of this kind in the series: bracelet communicators, foldable screens, transparent gadget bodies, active projections and so on. In addition, our future city environment is a bit more friendly than our streets today. There are no traffic jams, while there is more space. Many surfaces are screens and some images are holographic. Androids – which exist in various forms like, let’s say, smartphones – are the principal feature of this universe: they define the style a lot by their packaging, their clothes, their movement and their voices.

How did you create the robots in the series?
The director, Andrey Dzhunkovsky, created a combined technique that includes the use of plastic, costumes and CGI.

What are the challenges of writing and producing a sci-fi series?
The major challenge is, of course, to observe the proper balance between rather widely appealing drama and its sci-fi wrapping, and not to get too seduced by the sci-fi world while creating it.

What were the biggest problems you faced, either creatively or in production?
The script took us too long. We had to rewrite it for many reasons – first creative ones then production ones.

Where was the series filmed and how did you use real locations within the show?
All the locations are in Moscow. However, we didn’t want Moscow to be recognised, so we looked for contemporary and stylish city skylines where we could add some CGI elements afterwards.

Why is sci-fi proving to be a big trend in worldwide TV drama?
I think people like to have a chance to watch the future world, to taste it, to check if what they fantasise about themselves coincides with someone’s else vision. It is very entertaining and even soothing to find that the dilemmas people face in fictional worlds are still the same as ours. It is a pure form of escapism. People all over the world need it.

What are you working on next?
We are currently finishing principal shooting of eight-episode musical Up to the Sun, which is set in the late 1970s. We have 24 episodes of melodrama From Hate to Love in production, and 17 episodes of comedy The New Person. But our biggest aspiration today is the launch of English-language coproduction Blue Blood: Eight Days of Summer, an eight-episode historical coming-of-age drama, as well as other English-language developments that we are speaking to partners, broadcasters and coproducers about.

tagged in: Alexander Kessel, Better Than Us, Channel One, Sputnik Vostok, Yellow Black and White