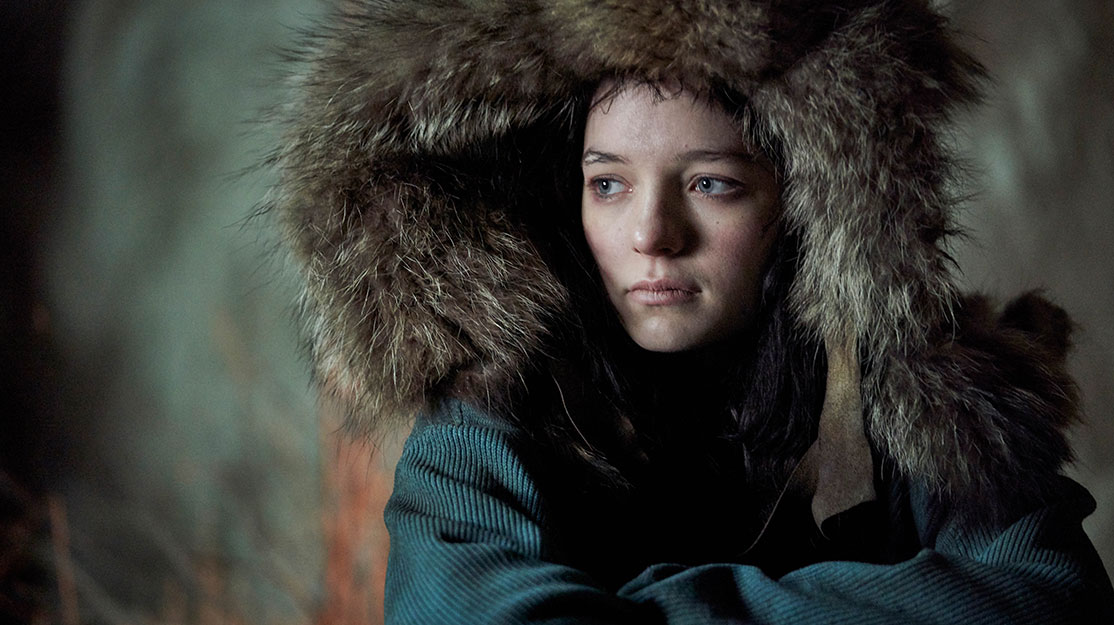 Stars Esme Miles-Creed, Rhianne Barreto and Mireille Enos reflect on making Amazon Prime drama Hanna, based on the 2011 film of the same name.

Joe Wright’s 2011 film Hanna told the story of a young girl been raised in isolation and trained to become the perfect assassin. With ruthless agents on her trail, Hanna had to evade capture while striving to complete the mission set down by her father.

“It was a big fairytale, with big archetypes,” says David Farr, who wrote the film’s script. “Marissa [one of the agents] was the Wicked Witch of the West and Hanna was the Dorothy figure, heading her way through the strange landscape.”

What the movie didn’t do, says Farr, was address the coming-of-age journey he had originally envisioned. “It doesn’t want to, it’s a different movie,” the writer continues. “[Wright] didn’t end the movie in the way the screenplay ended it, and we had a very honest conversation about that, where Hanna really goes back to where she came from. So for me, there was literally unfinished business.”

Eight years later, Hanna has been reimagined as an eight-part television series for Amazon Prime Video, as the titular character goes on a journey across Europe, meeting new friends and enemies along the way.

“The series is very different and the balance we have between political thriller and psychological coming-of-age story is quite special,” Farr explains. “That’s what I held on to, and Sarah Adina Smith, as lead director of the first two episodes, really set that tone. It’s a very different tone in every way from the stridency of the movie. I feel we own our space.”

The series again follows Hanna, here played by Esme Creed-Miles after Saoirse Ronan brought her to life in the film, as she evades the relentless pursuit of off-book CIA agent Marissa.

Played by Mireille Enos, Marissa is described as an efficient and ruthless agent, while Joel Kinnaman (Altered Carbon) is Hanna’s father Erik, a hardened, intuitive and uncompromising soldier and mercenary who has raised his daughter in the remote forests of northern Poland for 15 years.

The series, which comes from Working Title Television and NBCUniversal International Studios, received its world premiere at Berlinale last month ahead of its launch on Amazon around the world today.

Hanna marks a breakthrough role for Creed-Miles, described by Farr as “miraculous” in her portrayal of a young girl searching for her identity in a series that juggles traditional thriller sequences and moments of contemplation.

“She allows that purity to sit in her but then suddenly she can explode into what you’d call conventional action,” says the writer, speaking at the series’ launch in Berlin. “But it comes from a space that is mysterious and interesting, rather than the action heroine ready to do her martial arts.

“We’ve seen a lot of Hanna copies in the last five or six years and if I had a nervousness going back to it, it’s the fact there have been a lot of slightly more conventional strong females bashing the hell out of people. That’s not what we’re about. We’re about something that’s hopefully a lot more complex than that.”

Creed-Miles says she relished the chance to play Hanna as a character who knows nothing but isolation. “She’s a girl who’s grown up completely untouched by the male gaze, which is something that I feel I’m a product of as a young woman and something I found really difficult to navigate with my mental health,” she says. “It was a case of having an opportunity for 13 hours a day to be completely unabashed and completely raw.

“She’s ungendered. There’s such a conversation about gender at the moment and I think the concepts of gender are the most binding contracts that we have existing within our society. It’s so remarkable to play someone who provides us with a vicarious lens to the world we can see through, and also to experience the contrast between her and Marissa’s character and the other young women who I think give us a taste of what it’s like to be conditioned by your society.”

Along her journey, Hanna meets Sophie, who becomes the one person she can turn to when she arrives in the UK. Rhianne Barreto, who plays Sophie, draws an interesting parallel between her character, whom she likens to being raised in captivity, and Hanna, who was raised in the wild. “As we go on, I want Sophie to learn from Hanna and wear less make-up, be a bit more impulsive, follow her instinct, say what she wants and be less aware of the male gaze. That’s something you can learn from someone who hasn’t been  conditioned to be what men want them to be. It was just fun.”

Barreto, who has previously appeared in British dramas Little Boy Blue and Strike Back, says she wanted to create a character she hadn’t seen before, “who my sisters would watch and go, ‘That’s me.’ I’m sweaty and grim, I swear, I’m funny, I eat food and I probably fart, and I’d never seen a girl like that. That’s what my teenage years were like. I wanted to make someone messy.

“I had so much fun with Sophie because you only really see that with male characters, if you think of The Goonies or Stranger Things. They’re all boys, but girls can be just as funny and just as gross. It was really fun to play.”

Creed-Miles says she had a “great working rapport” with Barreto on set. “It’s so great to work with actors where you can just react to what they’re doing. You don’t have to try very hard .I could do that with Rhianne because she’s very impulsive. She improvised everything, which was really annoying for me, actually, because where did the scripts go with my scenes with her? They went in the bin! I could just be Hanna in those moments and witness this freak of nature.”

Sophie proves to be more than just a friend to Hanna, with Creed-Miles noting her character’s reliance on Barreto’s. “She is so overwhelmed and is being bombarded with different stimuli and new experiences throughout the show – I think she learns everything from Sophie,” she says. “Sophie is her gateway to the modern world. It’s hard to be specific because Sophie is all-encompassing and she is changing a lot, but she provides a confidante and an opportunity for trust and friendship that Hanna’s never had.”

That friendship and trust is put to the test with Marissa tracking Hanna across Europe. But Enos believes her character is more than just an antagonist. “As the show goes on, because David’s writing is so layered and delicate, many things are revealed about Marissa. Of course, all of us are complex and have reasons to justify the things we do, the good or bad choices we make.”

Marissa has made a habit of concealing many of the dark secrets from her past, Enos adds, until Hanna resurfaces. “Marissa has a lot to fear but she’s also extremely capable. She’s a kind of animal being too, she’s just learned to dress really well. As the show continues, we see her moving back towards her animal self to deal with this situation.”

Hanna is a show with female characters at its core, but when it comes to other projects that put women front and centre, Creed-Miles believes there is a contradiction between the drive for greater diversity on screen and terms such as ‘the strong woman’ or ‘the complex woman.’

“As a woman, it’s slightly patronising,” she says. “It’s almost as though to assume masculine attributes makes us equal to the male or the male ideal. Actually, strength, violence, they’re brilliant in the service of thrill and story, but what this show does really well is it deals with violence in a way that provides us with moral recompense. In terms of character, Hanna is complex in a way that doesn’t patronise the female condition, because her vulnerability is what makes her very interesting as well.

The actor adds: “Hanna is a very vulnerable character and it’s important that when we have representations of women, [we create] empathy. When you see portrayals of homosexuality or whatever it is on screen and you can relate to that and you’re seeing things that are real to you, it’s like you’re less lonely in this world. Hanna is more relatable for young girls, apart from her physical stuff. It’s really important to celebrate the fact that she’s vulnerable, because so many girls really are.”