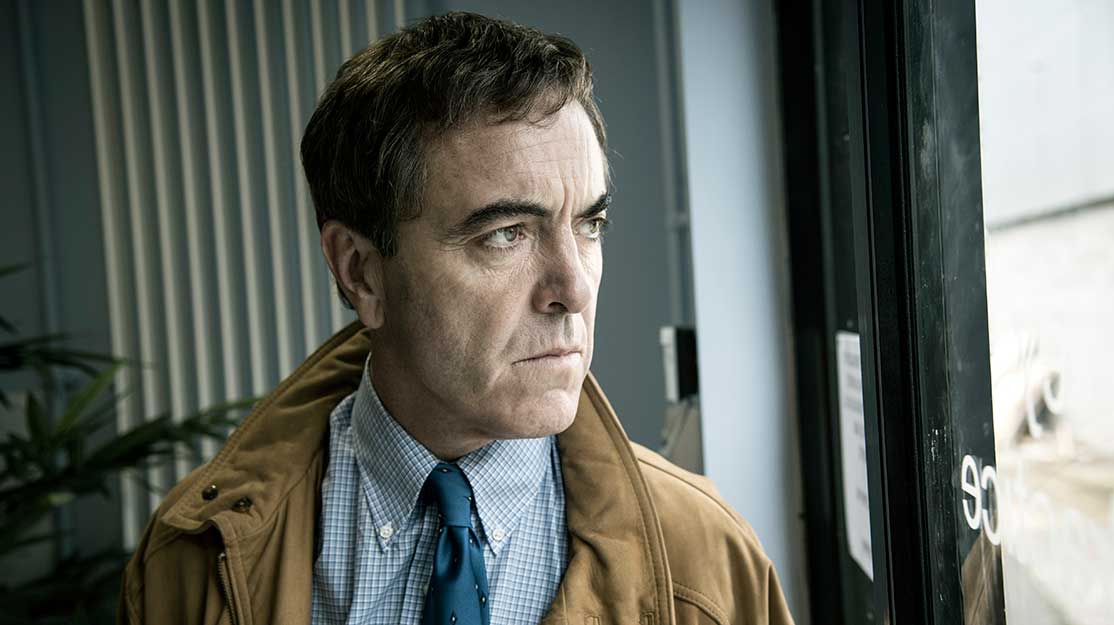 While crime remains a staple genre of television, true crime is currently flavour of the month.

Following the success of podcast Serial and factual series such as HBO’s The Jinx and Making a Murderer on Netflix, scripted dramas such as American Crime Story: The People vs OJ Simpson are satisfying audiences’ appetite for fact-based shows.

In the UK, ITV has a long history with true-crime dramas, with series such as Mrs Biggs, Appropriate Adult and The Lost Honour of Christopher Jeffries, to name but a few recent titles.

Next up is The Secret, which stars James Nesbitt (pictured top) and Genevieve O’Reilly as Colin Howell and Hazel Buchanan, who met at their local Baptist Church in Coleraine, Northern Ireland, and embarked on a passionate and destructive affair that climaxed in a plot to kill their partners.

The project was first championed by Nesbitt himself, who was familiar with both the case and journalist Deric Henderson, who wrote the book on which the drama is based. The story was eventually picked up by screenwriter Stuart Urban, who brought it to Hat Trick head of drama Mark Redhead.

“As soon as I saw the story, I knew it was extraordinary and took it to ITV and they greenlit it really quickly,” explains Redhead, who executive produces the three-part series.

“It’s a fantastic story but what is extraordinary about it was these people committed these terrible crimes and they got away with it – but did they? You commit a crime and the police don’t get you but you can’t escape from it because it’s inside your head. So partly it’s about the crimes but it’s also about the relationship of the two protagonists and what happens if you commit a crime together and the effect that has on your relationship.

“That’s incredibly interesting and original. I’m not sure I’ve ever seen it done. It’s a bit like Macbeth or Zola’s Thérèse Raquin. But this is a contemporary true story and we have an extraordinary amount of detail about their relationship.”

The series is currently in post-production, though Redhead – whose credits include other factual dramas Murder of Stephen Lawrence and Bloody Sunday – already says he is “enormously proud” of the drama.

“Jimmy (Nesbitt) says it’s his best work ever. He’s just breathtaking in it,” he continues. “He comes from the area and connects very much with the world. He’s such a brilliantly versatile actor that he delivers all the different moods and stages of this relationship and this extraordinary man in an incredibly convincing way. We partnered him with Genevieve – she gave the best audition I have ever seen. She’s just brilliant and they’re incredibly well matched so they go toe to toe. And 99.9% of the scenes feature one of them.”

Redhead says The Secret will chime with the current trend for true-crime stories, though this time viewers will see the effect murder has not only on the families of the victims but also the killers themselves.

“They pay a price and I think that’s really interesting and important,” he says, adding that director Nick Murphy (Occupation) has brought a naturalistic style to the drama. “We really wanted to make it feel very truthful so there’s minimal lighting, it’s handheld – it feels incredibly real.”

Part of filming a true story is a responsibility to ensure it is retold with as much accuracy as possible, and Redhead says creatives should resist an urge to tidy up real life if the facts don’t present a rounded story or fit in a traditional structure.

“It is a story that if it weren’t true, you wouldn’t believe,” he says of the plot at the heart of The Secret. “You can only tell this story because it’s true. If you presented it to the world as a piece of fiction, people wouldn’t accept it. It’s that extraordinary. And I believe that with true stories, you embrace the mess. You stay as faithful to the facts as possible, even if it causes you headaches in terms of scripting. Audiences accept there won’t be a neatness to a true story.

“Real life isn’t tidy and things happen that are slightly incomprehensible or there are loose ends that don’t get tied up. Our approach with Stephen Lawrence and subsequently Bloody Sunday was to accept it would be messy and trust an audience would understand that and buy that.”

The Secret marks the second time Hat Trick International has distributed one of its sister production company’s dramas. The first was Doctor Thorne, the Julian Fellowes adaptation of Anthony Trollope’s novel.

Another three-parter, which aired on ITV this month, it starred Tom Hollander (Rev, The Night Manager) as the eponymous medic who lives with his penniless young niece Mary. When Lady Arabella Gresham (Rebecca Front) discovers her son Frank has fallen in love with Mary, she conspires to find him a rich bride in order to save her own family from its own financial ruin. Her target is wealthy American heiress Martha Dunstable, played by Alison Brie.

The series was executive produced with US producer-distributor The Weinstein Company, which helped to finance the project and was also responsible for casting US star Brie, whose credits include Mad Men and Community.

Explaining the origins of the coproduction, Redhead says: “We had a deficit. You always have a deficit. But the options and places to go in the US are many and various. There are 57 or so places to sell drama in the US and, thanks to the Downton Abbey effect, there’s a much greater willingness on the part of US broadcasters and producers to get involved with the UK, even on a show like this.

“Five years ago, nobody would have touched a period drama of this sort but, thanks to the success of Downton breaking through, there’s now an acceptance that English period drama is something valuable. (The Weinstein Company) came in and it was a decent sum, and they took the rights for American and Canada. Of course, Julian himself is a factor – people want to be in business with him because he’s so brilliant and successful.”

Doctor Thorne is a project that had been in development for many years courtesy of producers Ted Childs (Inspector Morse) and Chris Kelly (Kavanagh QC). Fellowes had also written the script on spec, and Childs and Kelly brought it to Redhead. Downton broadcaster ITV jumped at the chance to pick up Fellowes’ next project.

When deciding who to cast in the lead role, the producers sought someone in the mould of James Stewart or Tom Hanks – a great actor with star appeal. They found their man in Hollander.

“It was great to get Tom,” Redhead says. “When we were talking about casting, Julian wanted what we described as charasmatic decency – the combination of being both good but having some star appeal – which is a very rare commodity and Tom’s definitely got it. I can’t think of many actors who have it.

“He was keen to have the opportunity to play a straight lead role. There is some comedy in it but he’s the straight guy, the hero, and I think he really appreciated that chance and he carries it really well.”

Though Doctor Thorne could return for a second season, that decision has been put on hold while Fellowes continues work on his long-awaited period drama The Gilded Age, which is expected to begin production later this year for a 2017 debut on US network NBC.

That doesn’t mean Hat Trick, best known for its entertainment and comedy shows, isn’t continuing to build its drama slate, with Redhead confident he will be in production with two or three more series during 2016.

“Drama’s an important part of the mix and (Hat Trick MD) Jimmy Mulville’s very interested in drama,” Redhead reveals. “And the border between comedy and drama is quite moveable. It’s an important element of the company. Drama is going through a boom period so our energies as a company are focused on that.

“It’s cyclical – comedy is having a relatively quiet patch, whereas a few years ago it was the new rock ’n’ roll. Maybe in an era of international coproduction, comedy, which tends to be a local thing, is possibly slightly eclipsed because it’s hard to sell. People in different countries have difference senses of humour, so in a world dominated by international coproduction, humour is not going to be the prime selling point.”

But does Redhead think the drama boom is set to continue? “There’s a tremendous hunger for stories,” he says. “I’m sure there will be consolidation in terms of the number of hours – I can’t imagine the 57 US outlets will continue as they do. There will probably be shrinkage within that market, but the demand for drama will remain. And the UK is actually pretty good at selling itself internationally. Downton Abbey has made a huge difference to the credibility of UK drama internationally.”

But with The Secret and two BBC series – The Fall and Line of Duty (seasons two and three) – set and produced in Northern Ireland with support from Northern Ireland Screen, Redhead jokes that the industry might have swap Nordic noir for the next new drama trend – Ulster noir.

“There are some really talented people there,” he says. “It’s fantastic place to work and it would be great to do stuff set there. This is a place that’s had years of suffering and yet you couldn’t find a more welcoming and amiable part of Europe. It’s always a real pleasure to go there.”