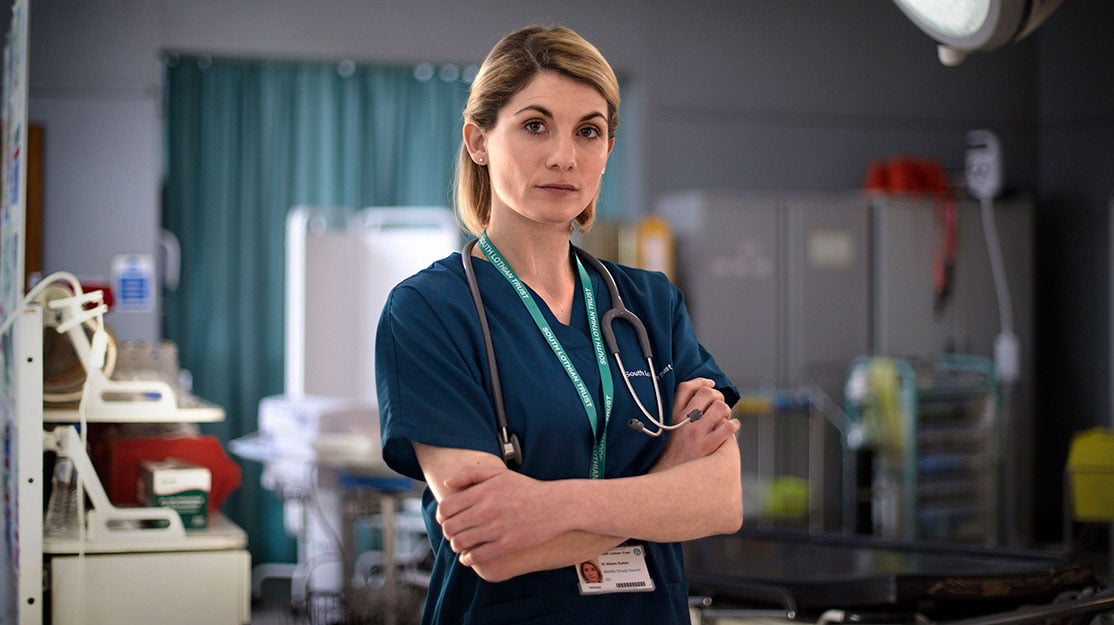 With credits including Happy Valley, Cucumber and The Five, Red Production Company has built a reputation for being a writers’ producer. DQ speaks to executive producer Nicola Shindler – and some of the A-list scribes lining up to work with her.

Among the numerous writers to have walked through the doors of Red Production Company, it’s notable how many of them have returned.

Russell T Davies first linked up with the Manchester-based outfit on Queer as Folk and returned for 2015’s Cucumber, Banana and Tofu. Danny Brocklehurst got his first break on the writing team of Clocking Off, before reuniting with Red for two seasons of Ordinary Lies plus Exile, The Driver and The Five.

“We aim to make the writers’ work as good as it can be, rather than change what they want to write,” Red executive producer Nicola Shindler says of her relationship with writers at the label she founded in 1998. “It’s really an exposing thing that writers do. They have to draw ideas from themselves, they have to go to some dark or deep places and have to feel their work won’t be judged for the wrong reasons.

“It’s always about what they want to get out of it, and we have to work our arses off to get there, rather than us imposing ideas on them, which I don’t think is right.”

The development process of BBC1 medical thriller Trust Me (pictured top) is a case in point. In-demand writer Dan Sefton (Delicious, The Good Karma Hospital) had taken a spec script to Red years ago that was so extraordinary “I don’t think it will ever get made,” Shindler admits. “But we knew he was a great talent.”

Then discussions over Trust Me – about a nurse who loses her job and moves to Edinburgh where she pretends to be a doctor – began. “First of all, we tried to make it a long-running, weekly medical story-of-the-week. But with such an exceptional story, you really can’t do that,” she says of the show, which was subsequently turned into a four-part miniseries. “It’s great when you find a solution. It became a shorter-form, potentially returning format, but you could really be honest about the story Dan wanted to tell.”

Ideas come to Red in all shapes and sizes, be it in the form of a script, something scribbled onto a scrap of paper, or even the result of a casual chat.

“We’ve definitely started with the tiniest of ideas,” Shindler says, highlighting Prey, the 2014 ITV crime drama from then newcomer Chris Lunt. “The first season started when our now head of development, Richard Fee, drove past an overturned police van. He was having a meeting with Chris that morning and just started talking about it, and that was the very beginning of the first season of Prey. They used that image of an overturned police van as the beginning of a story about a man on the run. That was a tiny idea and it went to two seasons.”

But across a range of genres and writers, what makes a Red drama? Shindler describes a recipe comprising one compelling story, a dash of pace, a spoonful of reality and a pinch of humour.

“Everything we do, however dark we go, has humour,” she explains. “To me, Happy Valley was funny at times, because that’s what life is like. I really need realistic dialogue and characters I can engage with, and a really strong sense of storytelling.”

As an executive producer, Shindler is on hand throughout development of every project on Red’s books to ensure they all meet her approval. She admits she will be “all over everything,” from reading scripts, following story development and working with the producer and director to watching rushes every day and being in every edit.

“I will read every draft of every project we’re making, without doubt,” she admits. “I can’t not. We’ve now got another executive producer, which we haven’t had before. Some of my development team are exec-ing as well, so people are gradually getting their own little slates, but I will never not read everything. I actually really enjoy doing it. I don’t read books anymore, I just read my work!”

Alongside Trust Me, Red is also behind new dramas including Brocklehurst-penned duo Come Home and Safe. Of the former, a three-parter for the BBC, Shindler says: “It’s about a woman who walks out on her family and it’s a brilliant emotional exploration of a relationship, which you kind of don’t see a lot of on TV anymore. It’s really warm in the way Danny is, and has humour in it, but it puts you through the wringer in terms of this big relationship.”

Safe, meanwhile, is a spiritual sequel to The Five that again pairs Brocklehurst with author Harlan Coben, who created the story. An eight-part mystery thriller, it centres on buried secrets that come to the surface of a small community after a murder and a disappearance. The show is coproduced by Netflix and French pay TV broadcaster Canal+, and marks the first time series lead Michael C Hall (Dexter) has worked on a British show.

“It’s totally the opposite of the other Danny project,” adds Shindler, a self-confessed devotee of US musical drama My Crazy Ex-Girlfriend, a show as far removed from Safe as one could possibly conceive. “With Harlan, it’s just such a great process. He’s brilliant on character and he’s got amazing ideas.”

Shindler and Red are also taking advantage of new opportunities in television, a result of broadcasters’ continuing focus on scripted series. But the exec adds that she’s not swayed by the amount of competition or the rising budgets on offer.

“It doesn’t really make a difference,” she says. “Everyone can tell you they want different things, but all they actually want is a really good idea, a really good script and a really good writer, and there are only so many of them. It doesn’t change my world; I’m just happy to keep on making drama.” 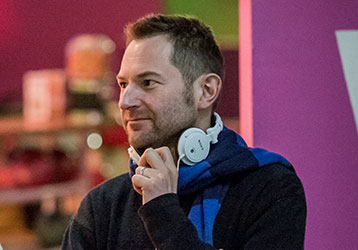 Danny Brocklehurst
After landing his big break in television with 2000’s Clocking Off, Danny Brocklehurst has a long working relationship with Red – one he describes in terms of trust and honesty. “It’s just every single aspect of the relationship. From development and being in the edit to talking about casting and Nicola being brutally honest about my scripts, it’s one of total trust. There’s no game playing. Those kinds of relationships are invaluable in television.” The writer describes his latest project, Come Home, as an emotional family drama about a mother (played by Paula Malcomson) who leaves her kids. “The BBC wanted a show about a family that’s about emotions – there’s no dead bodies, no police,” he says. “It’s very much about getting to the heart of these characters and making it as complex as possible. What you want is to play around with the viewers’ emotions a bit so at different times, they’re feeling different things about the characters and perhaps blaming different people. At first, you’re very sympathetic to Greg (Christopher Eccleston), the father, but by the end of episode one, we’ve done something where you maybe change that a little bit and you’re thinking differently about him.” 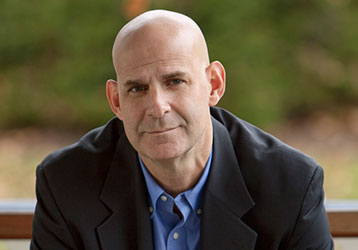 Harlan Coben
Following 2016’s Sky1 drama The Five, acclaimed novelist Harlan Coben has reunited with Red and Danny Brocklehurst for Safe, a mystery set in a small community where a murder and a disappearance bring buried secrets back to the surface. “It wasn’t an idea I had for a novel,” Coben explains. “I came up with this as a TV series after we did The Five and I liked the idea of somebody missing and somebody dead, so I combined them. It will be very different, and really suspenseful and intriguing to follow two different storylines and see how they match up.” As per The Five, the story was created by Coben, with Brocklehurst as lead writer, but the US author says he’s involved in every level of production, despite being based in New York, thousands of miles from the Manchester set. “They’re showing me set designs, costuming, locations, talking about tone, how we want to shoot it. We even had a long discussion over camera lenses with the director of photography when I was there. So every aspect I try to be involved with in some way.” On working with Red, Coben says Shindler, “more than most producers I know, really does appreciate the writer,” adding: “She’s a wonderful conduit for writers, she’s a wonderful partner to have.” Dan Sefton
With his medical background – he still walks the wards as a doctor of emergency medicine – it’s natural that Dan Sefton (pictured alongside Jodie Whittaker) finds compelling drama within hospitals. ITV drama The Good Karma Hospital, which aired earlier this year, gave the genre an Indian flavour, while Sefton’s latest series is Trust Me, a four-part thriller for the BBC. Jodie Whittaker – recently revealed as Doctor Who’s first female lead – stars as Cath, a nurse who loses her job for whistleblowing and starts a new life by stealing her best friend’s identity as a doctor. “It’s a combination of writing what you know about and people wanting to commission the stuff they feel I’ve got an additional angle on because of my work,” Sefton says, admitting he’d love to write a British version of ER. “A medical show about a doctor who’s not really a doctor is something I always found interesting, so it’s just a matter of how you find a fresh angle on something.” Sefton has also enjoyed working with Red: “They speak to you like you’re a grown-up, which is really important as a writer. I find sometimes people infantilise you a bit, but it was very much a relationship of mutual respect, which I really appreciated. There’s a lot of loyalty from writers who have worked with Red and it’s a two-way street.”