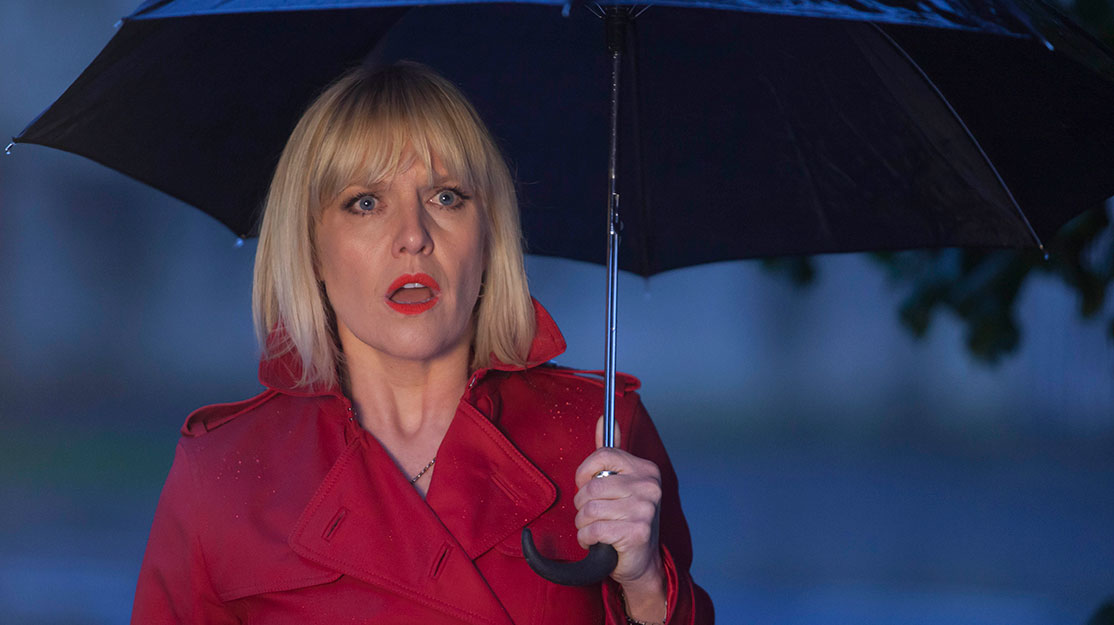 With cancelled comedy-drama Agatha Raisin set to be brought back to life on US streamer Acorn TV, star Ashley Jensen discusses what makes the show special.

By her own admission, Ashley Jensen was “extremely surprised, extremely despondent and dismayed” when comedy-drama Agatha Raisin was cancelled by UK network Sky1 after a TV movie and a single eight-part series in 2016. So she was equally thrilled and delighted when US streamer Acorn TV brought the show back to life by commissioning a second season of three new stories (6×45’ or 3×90’). They are due to launch this fall.

The new films pick up just three weeks after the previous season’s conclusion, with Jensen’s Raisin, who lives in an idyllic English country village, finding herself drawn into solving a series of mysterious murders, often in entirely unorthodox ways. The stories are once again inspired by the novels written by Marion Chesney under the pseudonym MC Beaton, with episode one, Agatha Raisin and the Wizard of Evesham, premiering today.

“To me, it’s got everything,” Jensen says of the series. “It’s good, fun, family viewing, it’s got a cast of eclectic characters set across the bucolic English countryside and stories that are already formed within the wonderful books Marion has written. Everybody likes a detective story but I think what we have that sets us apart is that it’s slightly camp, it’s kind of whimsical but there’s a good detective story in the middle of all that.

“And although it’s a comedy, it’s dealing with murder so there’s always a victim, always someone who’s bereaved, so you’re able to tap into proper emotion as well. So one moment I’m throwing myself over a wall in four-inch stilettos and the next minute I’m having a conversation about someone who’s potentially been murdered.”

Extras and Catastrophe star Jensen spent six years living in the US while working on series including ABC drama Ugly Betty, so she is well placed to understand why Acorn decided to pick up more episodes of Agatha Raisin. “A lot of Americans enjoy our eccentricities and our beautiful landscapes and countryside,” she says. “It’s very much set in a chocolate-box England. To an American, it’s almost a whimsical, unreal world, if you’re living in New York, Ohio or Texas.”

The actor says part of the series’ charm is it doesn’t take itself too seriously, while a lot of the characters and storylines are particularly heightened. “Sometimes I think it’s almost cartoony, and even the way it’s been designed is very much in technicolour,” she explains. “People would say Scandi noir is very much in vogue at the moment; we call ourselves ‘Cotswold technicolour,’ even down to the costumes, my lipstick, my shoes and handbags – everything just looks like the colour has been turned up on it.”

Having recently starred in Kay Mellor’s BBC1 drama Love, Lies & Records, the actor enjoys the privilege of jumping between drama and comedy. She has since reunited with Extras co-star Ricky Gervais for his forthcoming Netflix series After Life, with a fourth season of Channel 4’s Catastrophe also on the way. “It was interesting working on three different comedies simultaneously – I was literally bouncing from Agatha, then at the weekend I’d go and do Catastrophe and then I had a couple of days with Ricky. It was bouncing between three quite different styles and three very different characters as well, which was great for me to do.

“Ricky and I have a laugh about the fact every character he plays is from Reading and every character I play is from Scotland. Even though they’re all Scottish accents, I had different hairstyles for them all! But they are all different, nuanced characters. Agatha is probably more heightened and then Catastrophe is not as heightened, and Ricky is very real. So there are degrees of darkness to them all.”

Jensen now has aspirations to write her own material, having been encouraged by friend and Catastrophe creator Sharon Horgan. “Maybe the time has come,” she says, adding that shifts in the industry mean she is more likely to be heard now than 10 years ago. “Women have so many stories to tell that have not yet been told. The weight still needs to shift a little bit more in our favour, but that only comes with people in positions of power being able to make those decisions. But it is shifting a little bit.”