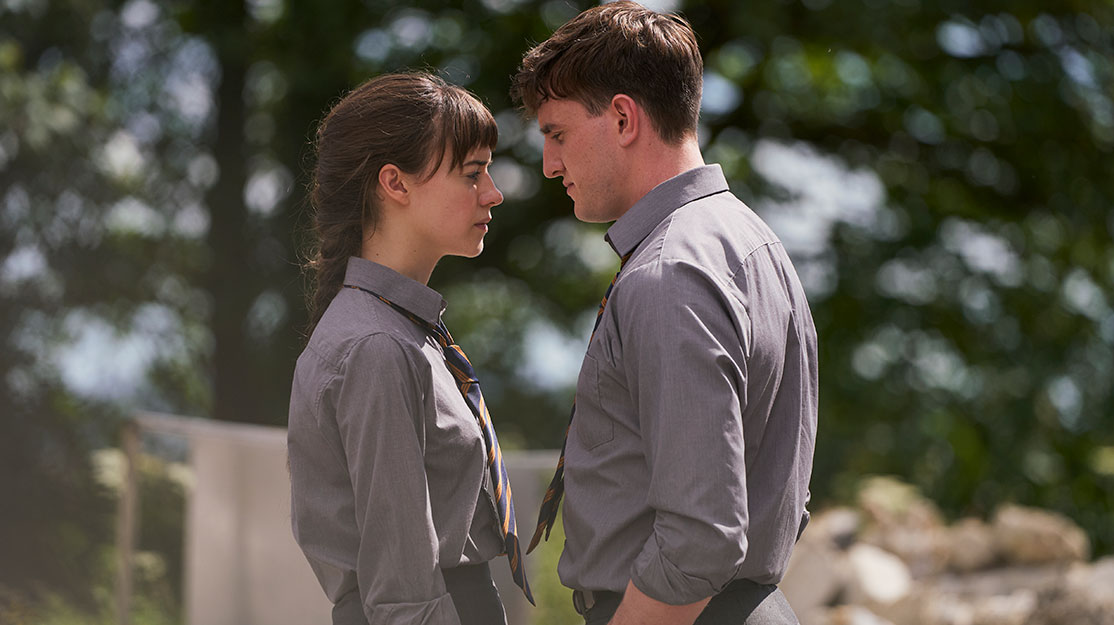 In part two of a focus on the effects of the coronavirus pandemic on television drama productions, DQ speaks to three more producers to see how their latest series have been affected and how development has been pushed to the fore.

About 10 days ago, Chris Aird was in the middle of the Australian outback, 200 kilometres north of Adelaide, on a recce to uncover potential locations for upcoming mystery drama The Tourist. Commissioned by the BBC and Oz streamer Stan, the show opens with a British man being run off the road by an enormous tank. When he wakes up in hospital, he has no idea who he is, while his search for answers is hampered by merciless figures set on pursuing him.

But when Aird, head of drama at UK prodco Two Brothers Pictures (Liar, The Missing), heard US president Donald Trump was about to close the countries borders to many EU countries as a result of the emerging coronavirus threat, he faced an uncertain five-and-a-half-hour journey back to the city. Initially intending to postpone some preproduction plans, Aird soon realised he and his partners would have to suspend everything and get home as soon as possible.

The Tourist is just one of hundreds of television series around the world shut down or put on hold over the last fortnight as the industry, like every other, comes to terms with the devastating coronavirus pandemic. Cast and crew face an indeterminate time out of work, with production companies rallying to support those who have been left in limbo by the shutdowns.

“We’re early enough [in the process] that we’ve only got a core group of HODs and the producer and the director on board,” Aird tells DQ about work so far on The Tourist. “But it has an impact in as much all the people we were planning on bringing on over the coming weeks, with a view to filming in mid-May, they’re not going to be employed now for the foreseeable.”

Another Two Brothers drama, crime thriller Baptiste, was further down the line – eight weeks into a 14-week shoot – when the decision was made to halt production in the Hungarian capital, Budapest. The series continues to follow detective Julien Baptiste, who first featured in two seasons of The Missing before a standalone series launched on the BBC last year.

“It’s been a really challenging process, trying to predict what was going to happen and the international situation and trying to get a sense of the direction of travel, while listening via my colleague John Griffin, the producer, to what was going on on the ground,” Aird explains.

“Because that crew is 80% Hungarian, there was this tipping point around Friday night [March 13] where we went from the crew saying, ‘Look, we want to carry on. These are our jobs,’ to quite quickly, ‘Actually, this is frightening now and we need to get home and be inside.’ It was about being really responsive to that. It’s probably the most challenging management position I’ve ever been in, in terms of fast decisions and really having people’s welfare as much at possible at heart when making those decisions.”

The decision was taken at 09.00 last Monday, with the British crew members back in the air and heading home by Wednesday evening. Meanwhile, sets were left standing, with the art department set to return under safe conditions to pack things up until such time as the production can resume.

“We had a whole production to shut down. In the first instance, that meant walking away from sets,” Aird says. “The office will pack things up. We’ll get all the equipment back. But the first thing to do was to disband the unit as quickly as we could. We’re paying people’s notice and giving people severance pay, but that only lasts so long.”

Now working with Griffin for the next couple of months, Aird is focusing on “Baptiste 2.2,” looking at any decisions that need to be made before shooting can resume, they hope, by the end of the year.

“Most of the crew are local Hungarians, so I’d hope we’d be able to put the team back together,” Aird continues. “There’s cast to think about as well and you hope, certainly with your leads, no one’s going to come sweeping in [to take them away]. If we have to change locations or if we didn’t manage to get some cast members back for whatever reasons, we’d make whatever decisions we needed to and rewrite the scripts.”

In Ireland, Dublin-based Element Pictures has been providing production support for The Drowning, an upcoming Channel 5 and Virgin Media drama from Unstoppable Film & Television, while also finishing post-production on Normal People (pictured top), the eagerly awaited adaptation of Sally Rooney’s novel that is due to air this spring on UK online channel BBC3 and Hulu in the US. Development is also underway on Conversation with Friends, based on Rooney’s first novel and also commissioned by the BBC, with a virtual writers room now set up with writers in Ireland, the UK and the US.

Normal People follows the relationship between Marianne (Daisy Edgar-Jones) and Connell (Paul Mescal) from their school days in a small Irish town to university at Dublin’s Trinity College. Working remotely, post-production is continuing apace, with one person in the editing suite at Outer Limits and everyone else who needs to be involved viewing from their own homes.

“It made it complicated but it’s actually doable,” says Andrew Lowe, Element’s joint MD. “It’s interesting that it has been viable to keep it going. Our big fear was the post house itself would close, but they’ve been very responsible and careful about how they do their business and they’ve managed to keep the thing going, which is great.

“We’re also continuing with our development meetings and production meetings. Everyone just dials in remotely so there are lots of people on the screen at the same time, which is a nice thing for everyone. It gives some sense of normality and continuity in what’s an otherwise strange and unsettling time. The positive thing to come from this is it’s enabling us to focus more on development. With fewer other things going on to distract us, we can focus more on opportunities that have been around for a while but we haven’t managed to advance.”

In a rapidly evolving situation, Lowe says the Element team will continue to work from home, while the production hiatus will offer him and partner Ed Guiney the chance to carry out some company housekeeping.

“Our attitude is very much, ‘Let’s hunker down for the coming weeks and months and, if this ends up being a very prolonged period, we have more than enough to be getting on with developing new material and cleaning up older stuff,’” he adds.

“As founders and directors, Ed and I often struggle to strike a balance between operational time running the business and actually standing back from it and spending a bit more time strategic planning, so this period will give us a chance to take a bit of a breather and complete some work we’ve been doing for a while in terms of strategic planning for the growth of the business. We just have to focus on the more positive aspects, because it’s obviously a grim and serious situation otherwise.”

Elsewhere, production has also stopped on Leonardo, a series based on the life of Leonardo Da Vinci. Created by Frank Spotnitz (The X-Files) and Steve Thompson (Vienna Blood), the show is produced by Lux Vide in collaboration with Rai Fiction and Spotnitz’s Big Light Productions, in association with Sony Pictures Television. Poldark star Aidan Turner will play the seminal artist and inventor, with filming underway since December.

“We are in the same situation as everyone else in Europe, where all production has stopped, as much of the world has as well. With Leonardo, we’re looking to manage the situation and get back as soon as we can,” says Emily Feller, creative director at Big Light (The Man in the High Castle).

“With regard to everything else, we are so fortunate and lucky that we have jobs where we can work from home. But what we’re aware of is a lot of team members won’t have been based from home on a very regular basis. We put together a pack of etiquette and expectations of working from home, just as a support, really, and also being quite aware of mental health and a sense of isolation in your home if you live by yourself. We’ve really wanted to be careful and proactive in thinking about the team as a whole.”

Big Light is also involved in a virtual writers room for an as-yet-unannounced series, working through stories, narratives and characters, while Feller says the move online has had no effect on the openness and creativity of the collaboration process.

The company will have a second writers room opening this summer, while progress is also being made on its proposed live-action Warhammer 40,000 series, in partnership with Games Workshop.

“It’s about maintaining our drive to be pushing forward the high-quality storytelling we’re lucky enough to be able to do and working with the writer we’re still working with,” Feller adds. “That side of things doesn’t change. What these next few months will allow us to do is get into a fantastic place to then go once production is up and running again.”

Read part one of this article here.