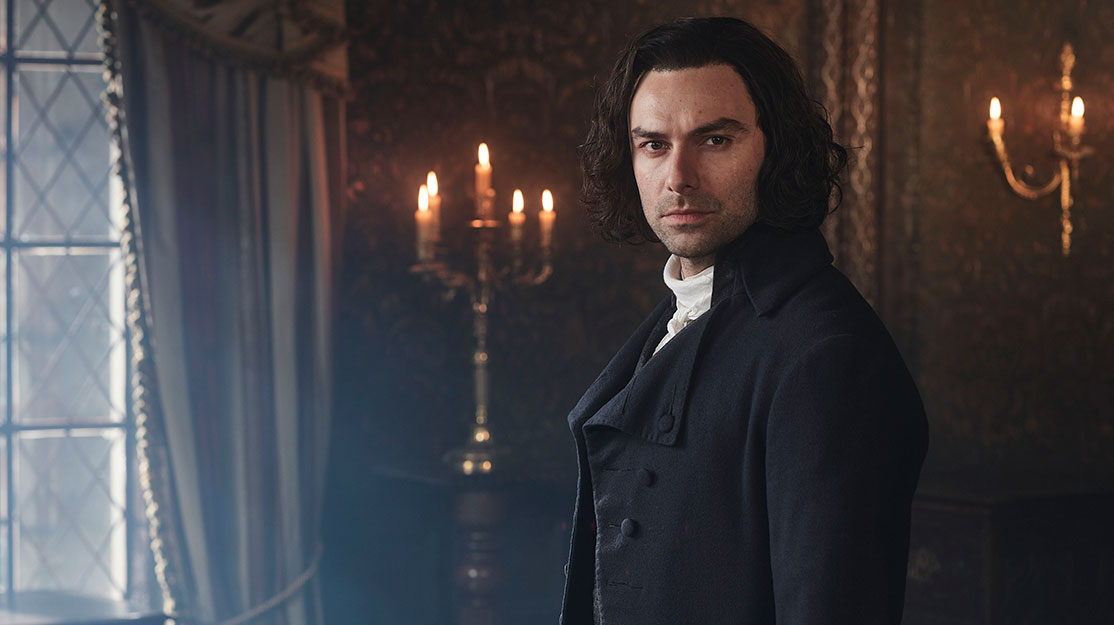 As Poldark returns for its fifth and final season, series creator and writer Debbie Horsfield tells DQ how the period drama departs from its source material and outlines her approach to bringing the saga to a close.

It’s the last season of a costume drama, based on a series of popular novels, where the writer has left behind the source material to round out the story. But while Poldark may not generate the same number of furious Tweets as Game of Thrones’ finale, surely one of the most polarising in television history, creator and writer Debbie Horsfield is looking forward to the inevitable discussion that will surround her show’s conclusion.

“What’s not to like about robust and hearty debate?” Horsfield tells DQ. “There are always going to be people attached to certain versions of the books. I’m personally attached to a certain version of my script and I often lament the fact the scripts don’t make it in their entirety to the screen, for all kinds of reasons. We all have an attachment to our own personal version of something because we all view things through our own personal perspective. That’s just part and parcel of doing an adaptation.”

The writer believes there is less pressure on the conclusion to a piece of original drama, as viewers and fans will have no pre-existing expectations of what may or may not happen, unlike with an adaptation of a popular set of novels. “But even then,” she continues, “once you get to the second season of something, people have a set idea of how they want it to go, but that’s the deal. You write something, you put it out there and you expect people to have an opinion about it. You at least want them to watch and have a debate.”

As Poldark returns for a fifth and final eight-part run, it’s very much business as usual, with a new story unfolding and characters old and new uniting at the turn of a new century.

In terms of the production, everything is as it should be, from the magnificent, sprawling Cornish landscapes to the fast-paced scenes and quick cuts that propel the story forward and ensure the main characters are all serviced during the hour-long opening episode, setting them on the path that will lead to the series’ conclusion.

Season four ended in 1799, at the end of Winston Graham’s seventh Poldark book The Angry Tide. But in a departure for the series, Horsfield has set this new season in 1800, filling the time jump before the eighth novel, The Stranger from the Sea, which opens in 1810.

Episode one begins with Ross Poldark (Aidan Turner) determined to spend more time with his family following the death of Elizabeth Warleggan (Heida Reed). But when Ross’s former army colonel Ned Despard (Vincent Regan) and his wife Kitty (Kerri McLean) ask for his help, he is compelled to challenge the establishment and question his loyalty to king and country.

At first, Horsfield adapted two of Graham’s books per season. Then, as the novels grew longer, the adaptation slowed down to one-and-a-half books for each of the most recent two seasons due to the amount of material the show needed to cover. Season four concluded at the end of book seven, but owing to the fact book eight takes place after a 10-year time jump, Horsfield decided season five would bridge that gap, taking place between 1800 and 1802, immediately after season four.

“I hadn’t done an adaptation before Poldark so normally I just make stuff up, but it wasn’t quite as straightforward as that,” Horsfield says about her approach to the new season. “We wanted to preserve the integrity of the later books. There are five more books and we didn’t want to do anything in this season that was going to go against anything that happened in the later books. Also, in book eight, there are a lot of details and references to things that happened in that intervening decade, so I used that as a basis for a lot of the storylines.”

Season four and book seven end with Poldark as a mine owner and a rather frustrated politician, unable to effect change in the way he had hoped. Book eight then picks up with him on a secret mission in Portugal as a government agent.

“There’s very little in the books about what led him to that, so basically season five imagines what circumstances might have conspired to put Ross on that journey,” Horsfield explains. “Then my path was to look at what was happening historically in the period 1800 to 1802. Was there even a secret service in existence at that point? It turned out there absolutely was. There was a very active spy network in London because it was a time of fear of there being an English revolution following the American and French ones.

“So what I discovered in the research was the context was very much there for Ross to become an agent of the government, but it was just tracing those steps one by one to see how he gets there.

“We did work very closely with Andrew Graham [Winston Graham’s son and series consultant for his estate] and put all the storylines to him. He was very much in agreement that the methodology we were going with was what his father would have done. It was great to have that support.”

Horsfield admits the production team never knew from season to season whether the series would return, while the “best case scenario” was always that it would last for five seasons – the length of the stars’ contracts. The series is produced by Mammoth Screen and distributed by ITV Studios Global Entertainment.

As a result, she says writing this season’s finale – the show’s ultimate conclusion – was no different to penning the final episode of previous seasons. “You always want your final episode to be very climactic but leaving the audience wanting more,” she says. “It’s always nice to quit while you’re ahead and leave the audience wanting more, so that was in my mind as I was writing that finale.”

But with other Poldark books yet to be adapted, is this really the end for the show? “You can never say never,” Horsfield responds, though there is certainly no immediate plan to return to Cornwall.

“Who knows where everybody’s going to be in 10 years’ time and whether there will be an interest from anyone, the public included. I know most of the cast and crew, and certainly myself, are on other projects, so a lot of people are busy for quite some time. Obviously there are five more books, so one can never predict what will happen.”